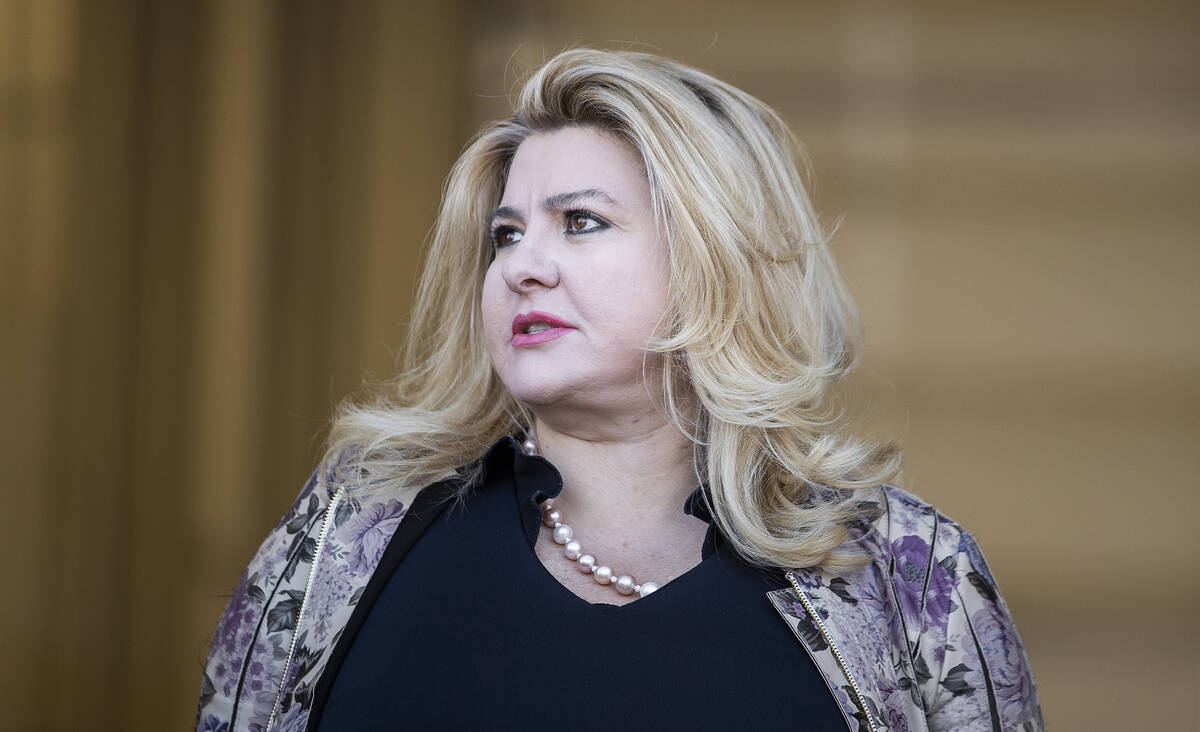 After years of controversy and a failed bid for state office, former Las Vegas City Councilwoman Michele Fiore has applied to be a justice of the peace in Pahrump.

“I’m exploring all my options and a few community leaders in Pahrump asked me to apply,” Fiore said Friday in an emailed statement to the Las Vegas Review-Journal. “Because of time constraints I had to put a letter of intent forward yesterday. I’m looking forward to new challenges in my life and this could be the newest one.”

Nye County spokesman Arnold Knightly confirmed Friday that Fiore is one of 20 people who have applied for the vacant seat.

She was again surrounded by controversy in the aftermath of the election, when she was captured on video making ugly remarks about Amy Tarkanian, a TV political pundit and former chair of the state Republican Party.

Fiore indicated in her email Friday that she recently has “changed residence” to Nye County. She previously has represented Ward 6 on the Las Vegas City Council.

She is a fervent supporter of former President Donald Trump and was involved in multiple scandals throughout her tenure on the City Council.

Her home was raided by the FBI last year as part of a campaign finance violation investigation, although she has said the claims were “made up” and that she cooperated with investigators. A 2019 Review-Journal investigation found that Fiore had a history of unreported taxes and business problems. She has denied wrongdoing.

Other applicants include outgoing Nye County Sheriff Sharon Wehrly and Nye County Commissioner Leo Blundo. Wehrly, who has been the center of multiple controversies since she took office in 2015, lost her race for re-election last month to Joe McGill.

Blundo, who has been in multiple clashes with public officials since he was elected to the County Commission in 2018, lost his bid for re-election in the June primary. In July, Blundo was charged with felony domestic battery. Although the case was initially dismissed, prosecutors indicated last month that they plan to refile the charges.

Also on the list of applicants is William Carns, the chairman of the Nye County Republican Central Committee who was arrested in 2015 and accused of impersonating a Las Vegas police officer to get out of a traffic ticket.

Jennifer Clampit, a former Metropolitan Police Department officer who accused the department of having a culture of sexual harassment in a lawsuit more than 20 years ago, also has applied.

Knightly said commissioners are set to vote on the new justice of the peace during their Dec. 20 meeting, although Blundo has been recusing himself from the deliberations.

The new judge will replace Kent Jasperson, who died of cancer in August. The term will last for four years, expiring in January 2027, according to a prior statement from the county.

Applicants for the seat must be a qualified elector and resident of Pahrump, according to the vacancy notice posted by Nye County.