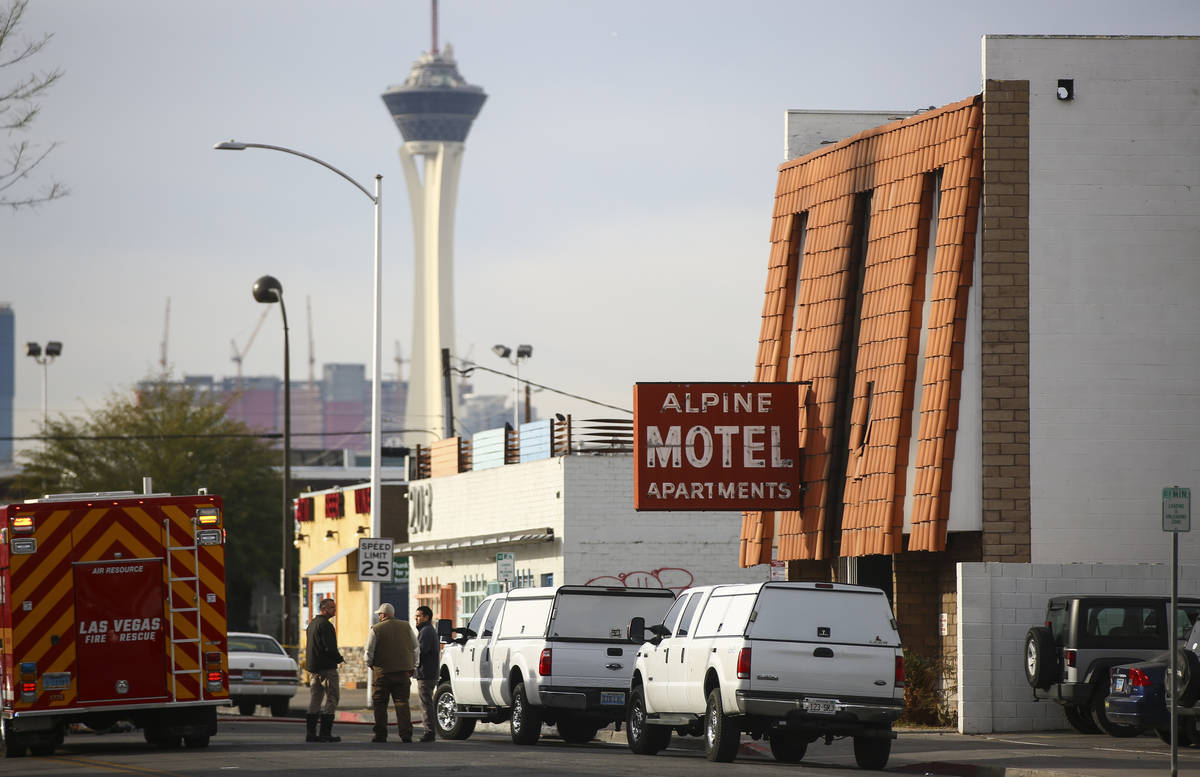 In this Dec. 21, 2019, file photo, Las Vegas firefighters respond to the scene of a fire at the Alpine Motel Apartments that left six dead in downtown Las Vegas. (Chase Stevens/Las Vegas Review-Journal) @csstevensphoto 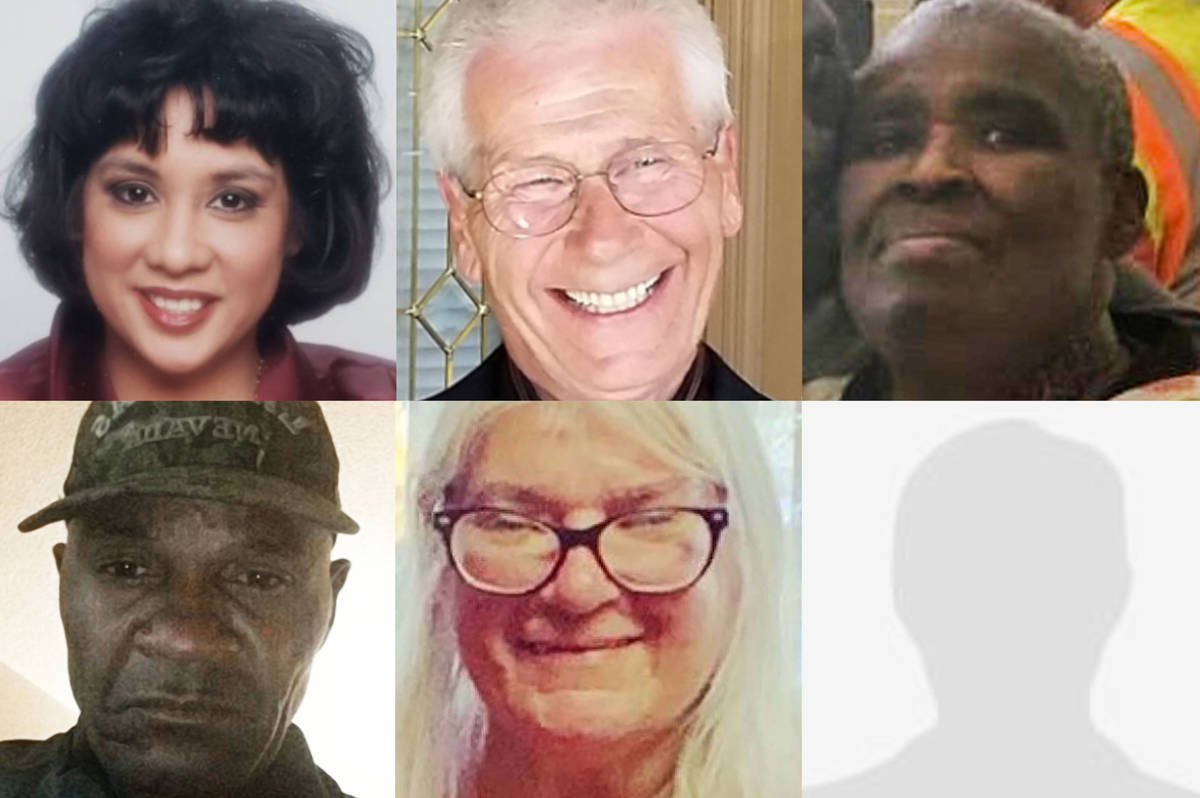 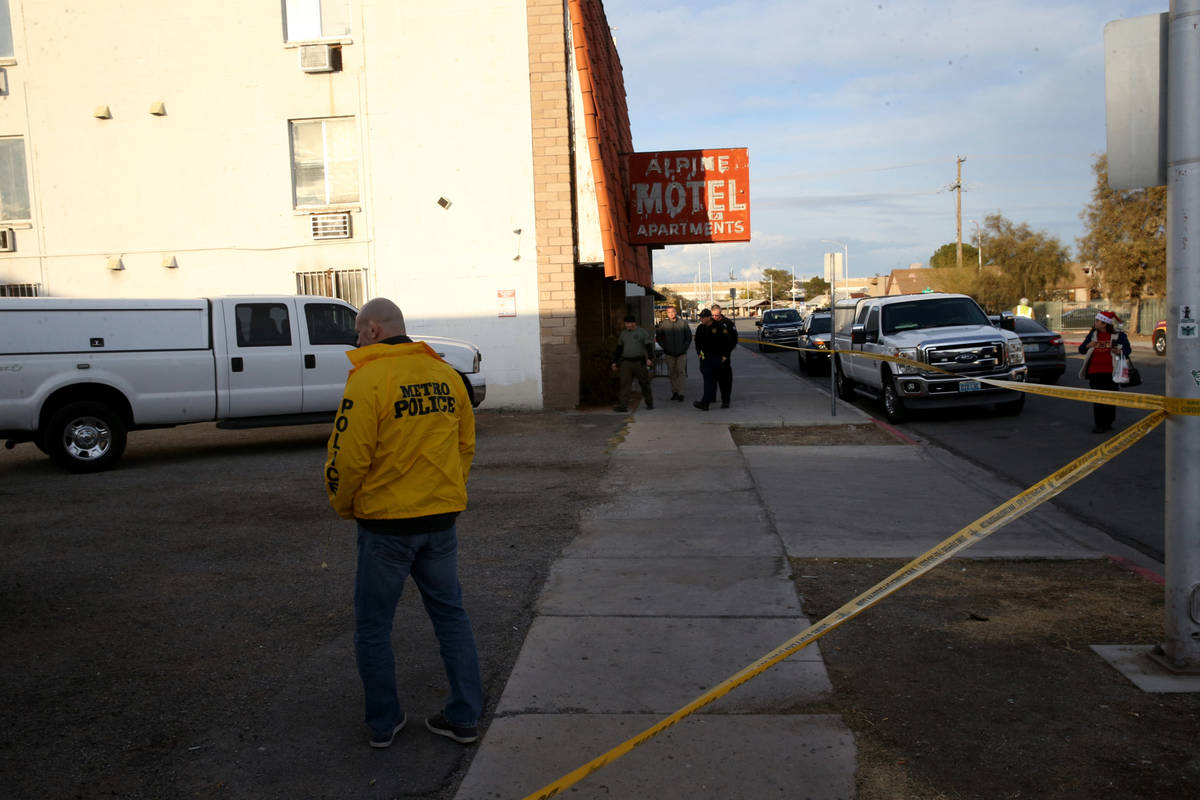 Blanca Daner, right, arrives at the Alpine Motel Apartments on Dec. 25, 2019, to place flowers and candles after six people who died in a fire at the building. Daner, who lived at the apartment building for a year, was friends with Kerry Baclaan, 46, who died in the fire. (K.M. Cannon/Las Vegas Review-Journal) @KMCannonPhoto

Two more wrongful death lawsuits have been filed against the owner of the Alpine Motel Apartments — the site of the deadliest residential fire in Las Vegas history.

The lawsuits were filed Tuesday in Clark County District Court on behalf of the families of Cynthia Mickell and Kerry Baclaan, who died Dec. 21, 2019, in the blaze that killed six people and left 13 more injured and without a home.

“They did not have to die. There was no functioning fire alarm system to alert the residents of the emergency so they could escape,” wrote F. Travis Buchanan, an attorney representing both families. “Making the matter more tragic was the fact that the owner and operator of the Alpine Motel barricaded the rear exit door, preventing the residents from escaping the inferno.”

The 31-page lawsuits describe the Alpine, at 213 N. Ninth St. as unsafe. It has been owned by Adolfo Orozco under Las Vegas Dragon Hotel LLC since 2013. Orozco, his wife, Erika Ayala, and his company are named as defendants in the suits. EDS Electronics, which maintained the fire alarm notification system, as well as Total Safety Inc. and several other security and alarm companies are named in the lawsuits.

Requests for comment from Orozco’s civil attorney, Steven Jaffe, and the other defendants were not returned.

The lawsuits claim that when the fire broke out, one tenant was using a stove for heat. They accuse the Alpine of failing to have a functioning heating system and a sprinkler system to suppress the fire.

Mickell, 61, died after her path was blocked by refrigerators and a vending machine, which reduced the width of the doorway when she tried to escape.

Baclaan, 46, lived alone in Apartment 33, and was reportedly last seen “carrying her suitcase around the building as the motel filled with smoke.”

Stanley Wickliffe, who also is represented by Buchanan, was severely injured during the fire and will be suffering from those injuries for the rest of his life, according to court documents.

Since the fire, three other wrongful death lawsuits have been filed in District Court. The first was filed Jan. 8, 2020.

The Las Vegas Review-Journal obtained documents from city officials that revealed the Alpine was not inspected by the Las Vegas Fire Department for nearly three years, between April 2013 and March 2016.

The documents also detailed a history of fire code violations at the Alpine dating to 2006. According to the documents, the violations included fire doors not closing properly, security bars in sleeping areas not equipped with an emergency release. and daisy-chaining extension cords and surge protectors.

Orozco and property manager Malinda Mier were charged in July with manslaughter — one count for each of the six victims — and 15 counts of performance of an act or neglect of duty in disregard of safety resulting in substantial bodily harm or death.

A preliminary hearing in the case, which will determine whether it will go to trial, has been ongoing since August.