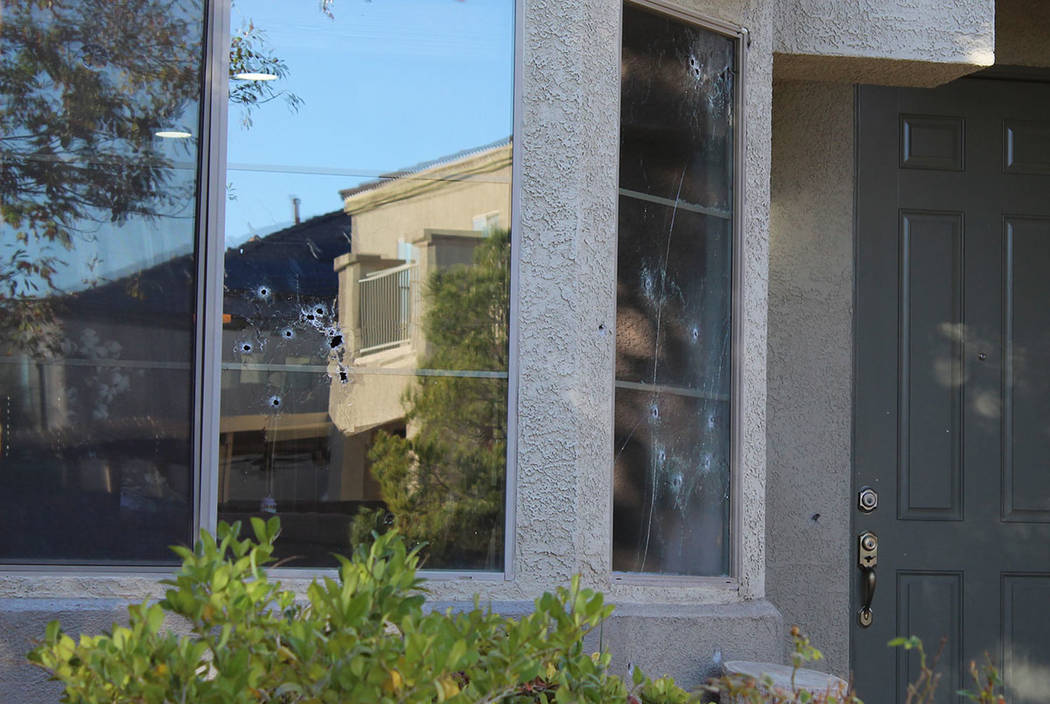 Bullet holes mark the windows of a house in the 6700 block of Courtney Michelle Street in North Las Vegas that was hit by gunfire, killing an 11-year-old girl on Thursday night, Nov. 1, 2018. (Max Michor/Las Vegas Review-Journal) 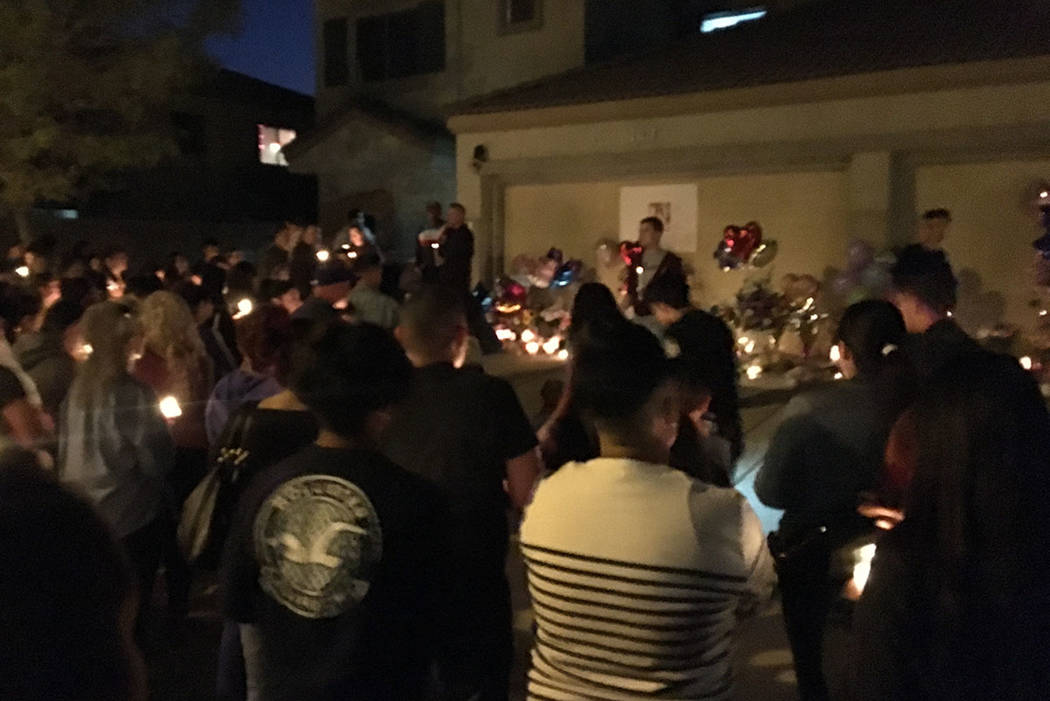 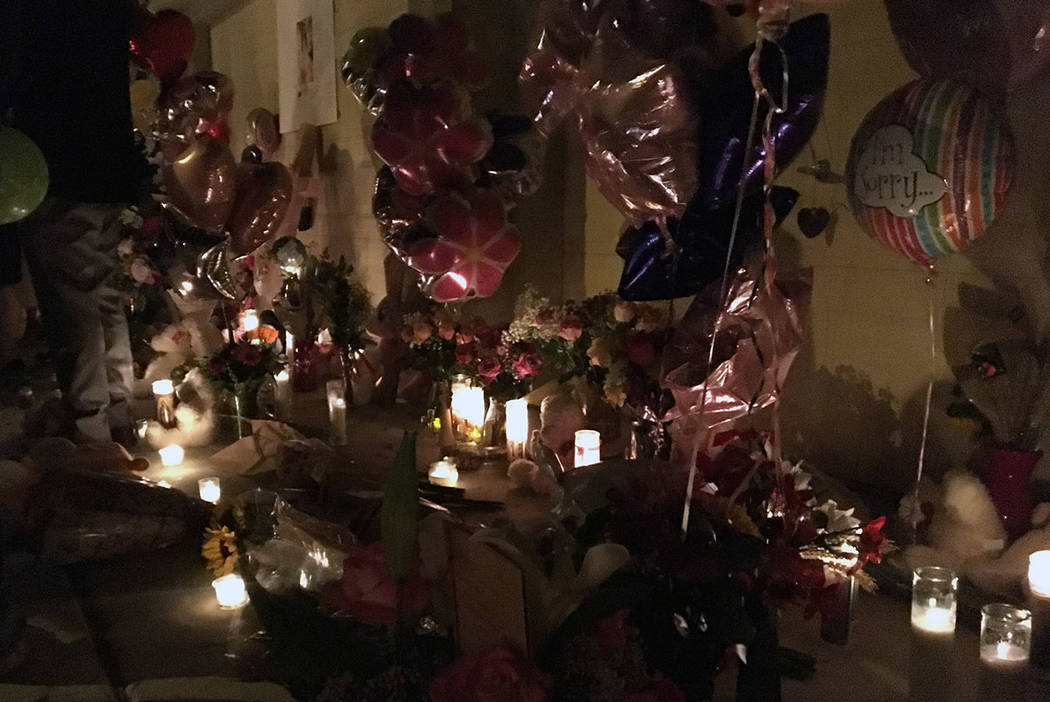 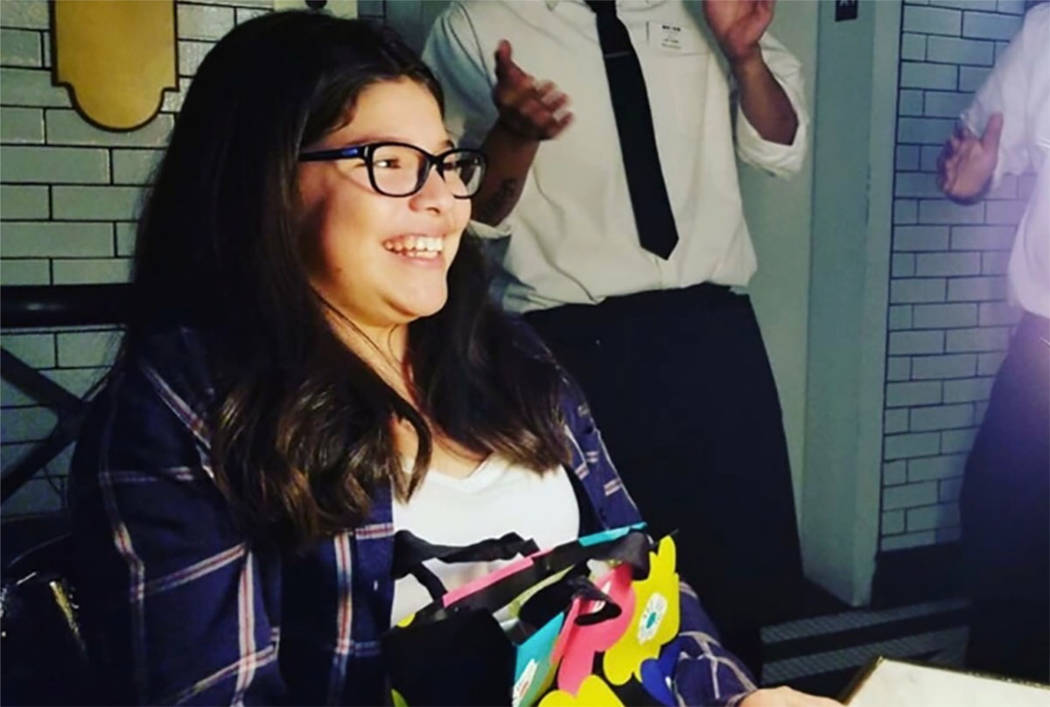 A North Las Vegas mother is suing a local homeowners association after her 11-year-old daughter was shot and killed in a gang-related attack last year that police said targeted the wrong house.

The attack happened the day after Halloween. Little Angelina Erives was at the dinner table surrounded by family when more than a dozen bullets pierced their home, at least one of which struck and killed her. Angelina’s parents and her two sisters, ages 14 and 6, watched her die, according to the complaint.

In the aftermath of the attack, police said the shooting was meant for a different, nearby home but did not disclose an address. The lawsuit filed this month alleges the attack was meant for 6709 Courtney Michelle Street, two doors down from Angelina’s family.

According to the lawsuit, that property was the subject of “numerous complaints” lodged with the HOA for the Traditions community where Angelina lived. The property also had been “visited, and even raided, by the police on multiple occasions and was a known gang house to the police.”

The HOA had grounds to evict the tenants but failed to do so, leading to the attack that killed Angelina, the lawsuit alleges. It also names the property’s management company and its homeowners, who live in California, as defendants.

“Defendants’ conduct in not screening tenants for the Property and, upon information and belief, allowing gang members to reside at the Property was despicable and so contemptible that it would be looked down upon and despised by ordinary decent people and was carried on by Defendants with willful and conscious disregard for the safety of anyone in the Traditions community,” the complaint reads.

As of Friday, no defendants had filed an answer to the complaint, court records show. A request for comment from the HOA was not returned.

Attempts to reach the property management company and the homeowners were unsuccessful.

During the Nov. 1 shooting, a neighbor came outside and opened fire on the car that had pulled up to Angelina’s home and let out the shooters, police said. A 19-year-old in the car was struck in the head and later died. The neighbor was not charged.

The day after the attack, Halloween candy wrappers still littered the sidewalk near Angelina’s home. Dozens of balloons, stuffed animals, cards and flowers with condolences were placed in the driveway.

Bullet holes could be spotted across the front of the house, including in a front window, the garage door and the roof.

A vigil held the weekend after Angelina’s death drew more than 200 people.

“We want there to be accountability for why this happened,” the family’s attorney, Sean Claggett, told the Las Vegas Review-Journal. “This was not a random act of violence. There were warning signs all over the place, and the HOA and the property managers and the homeowners that housed the intended targets did absolutely nothing but profit off the property.”