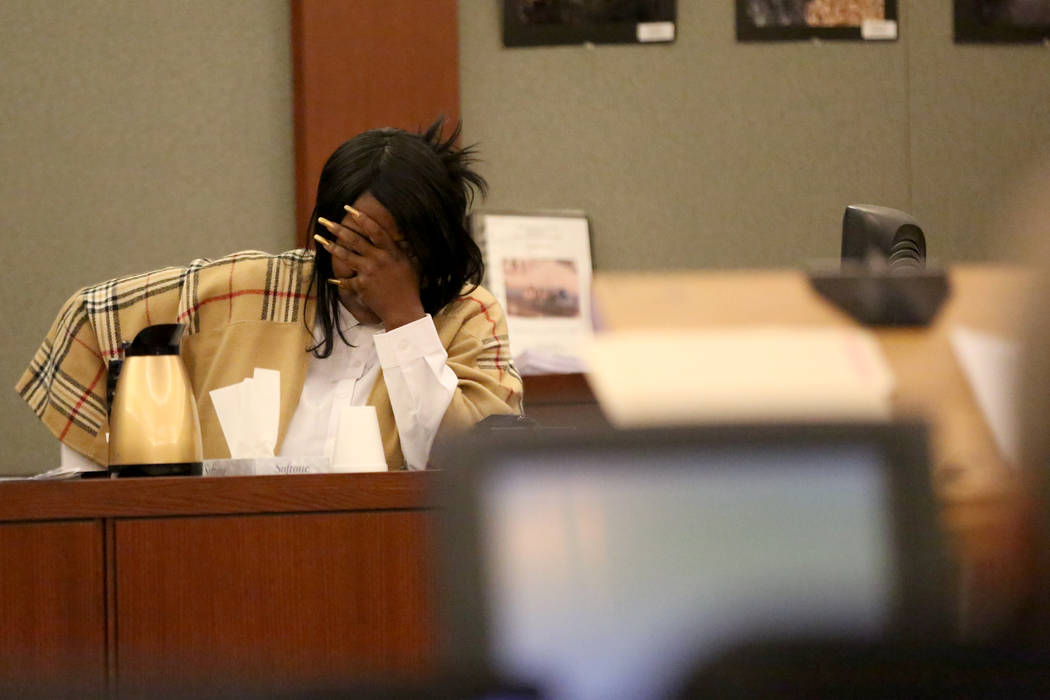 Latasha White, the mother of Bryan Clay, the Las Vegas man convicted of raping and murdering a mother and her 10-year-old daughter, breaks down as she looks through pictures presented by the defense during the penalty phase  of Clay’s trial on Friday, Dec. 1, 2017. Michael Quine/Las Vegas Review-Journal @Vegas88s 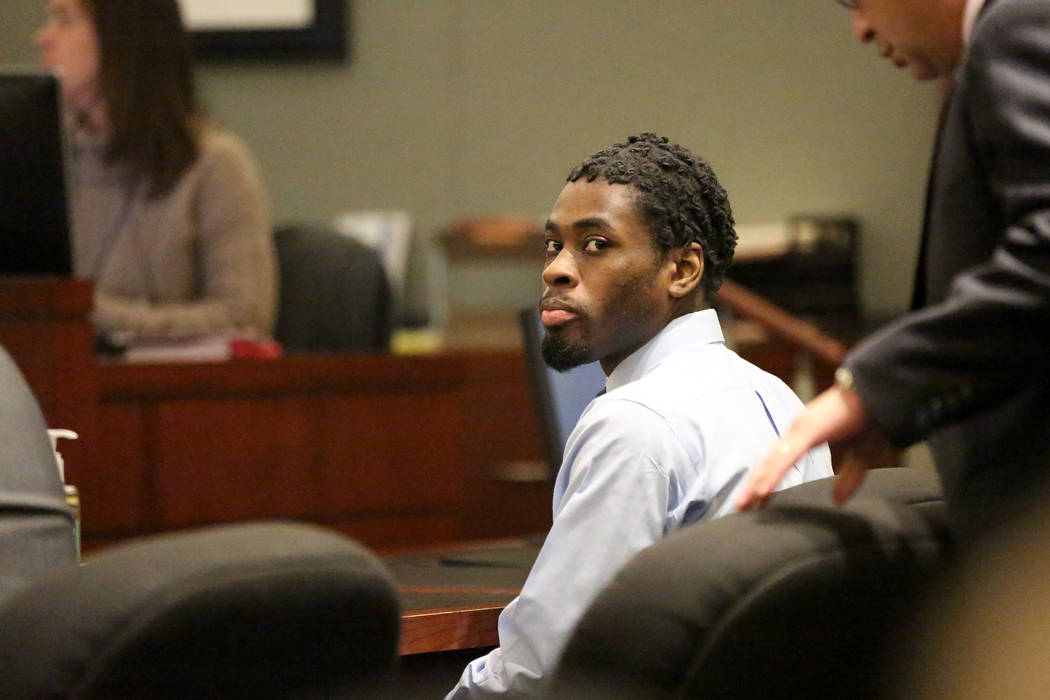 Bryan Clay, the Las Vegas man convicted of raping and murdering a mother and her 10-year-old daughter, appears in court during the penaltyʰhaseʯf his trial on Friday, Dec. 1, 2017. Michael Quine/Las Vegas Review-Journal @Vegas88s 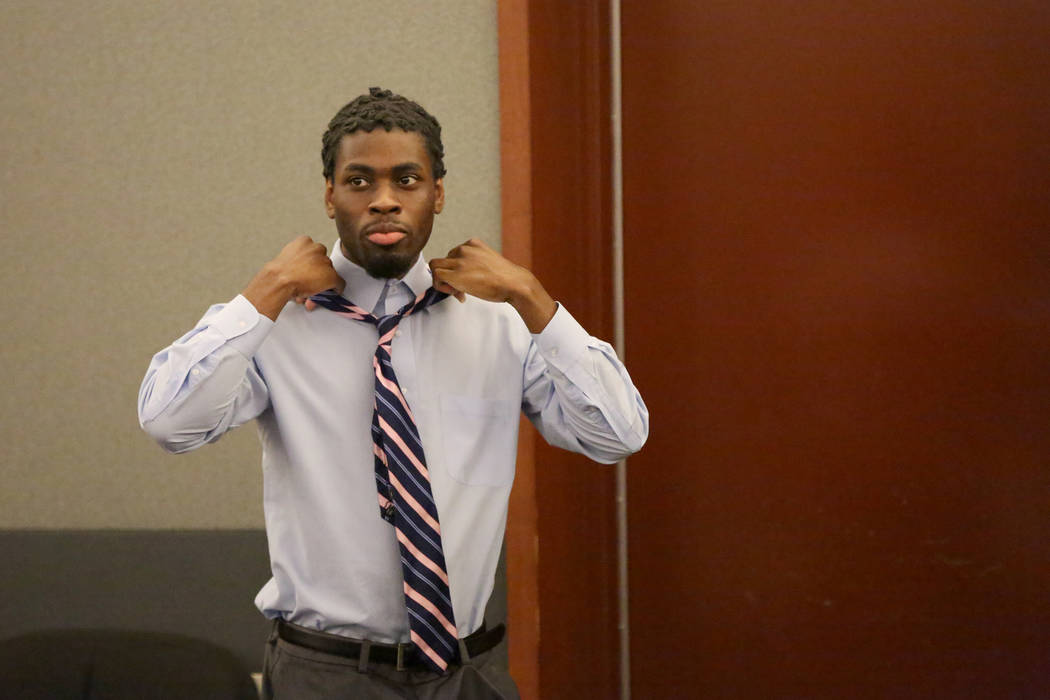 Bryan Clay, the Las Vegas man convicted of raping and murdering a mother and her 10-year-old daughter, appears in court during the penalty phase of his trial on Friday, Dec. 1, 2017. Michael Quine/Las Vegas Review-Journal @Vegas88s 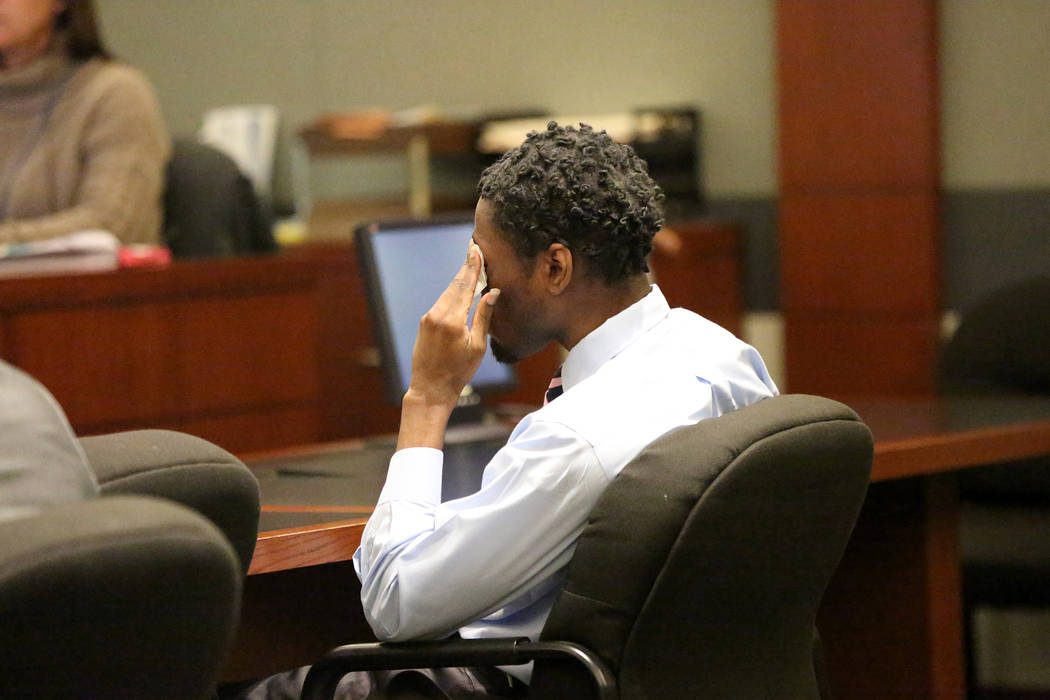 Bryan Clay, the Las Vegas man convicted of raping and murdering a mother and her 10-year-old daughter, is driven to tears as his mother, Latasha White, testifies during the penalty phase  of his trial on Friday, Dec. 1, 2017. Michael Quine/Las Vegas Review-Journal @Vegas88s 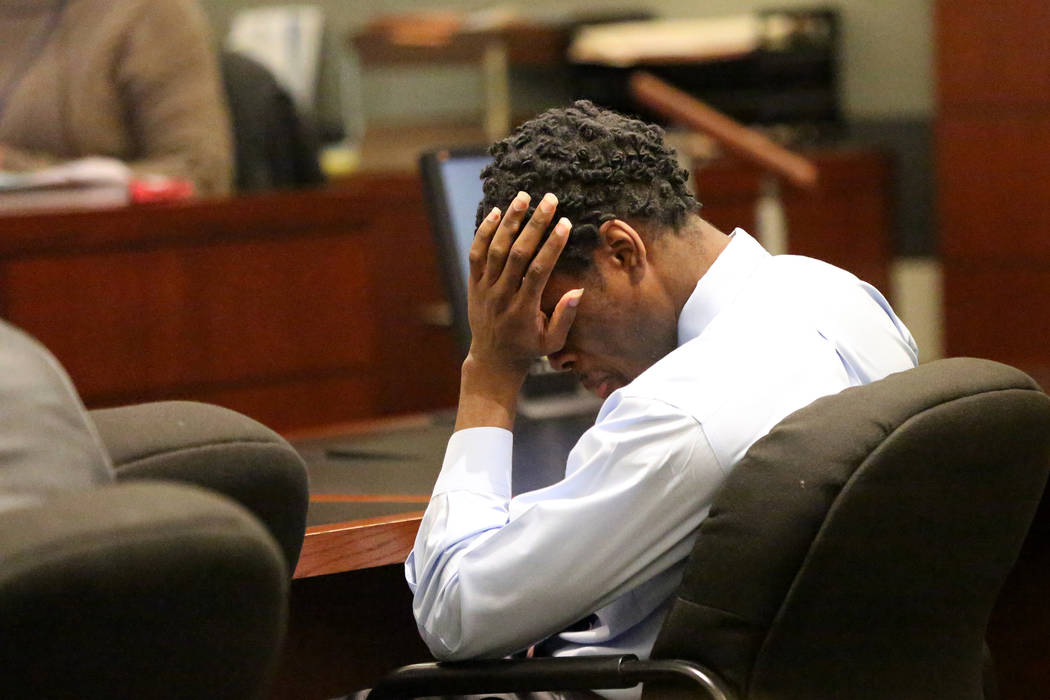 Bryan Clay, the Las Vegas man convicted of raping and murdering a mother and her 10-year-old daughter, is driven to tears as his mother, Latasha White, testifies during the penalty phase of his trial on Friday, Dec. 1, 2017. Michael Quine/Las Vegas Review-Journal @Vegas88s 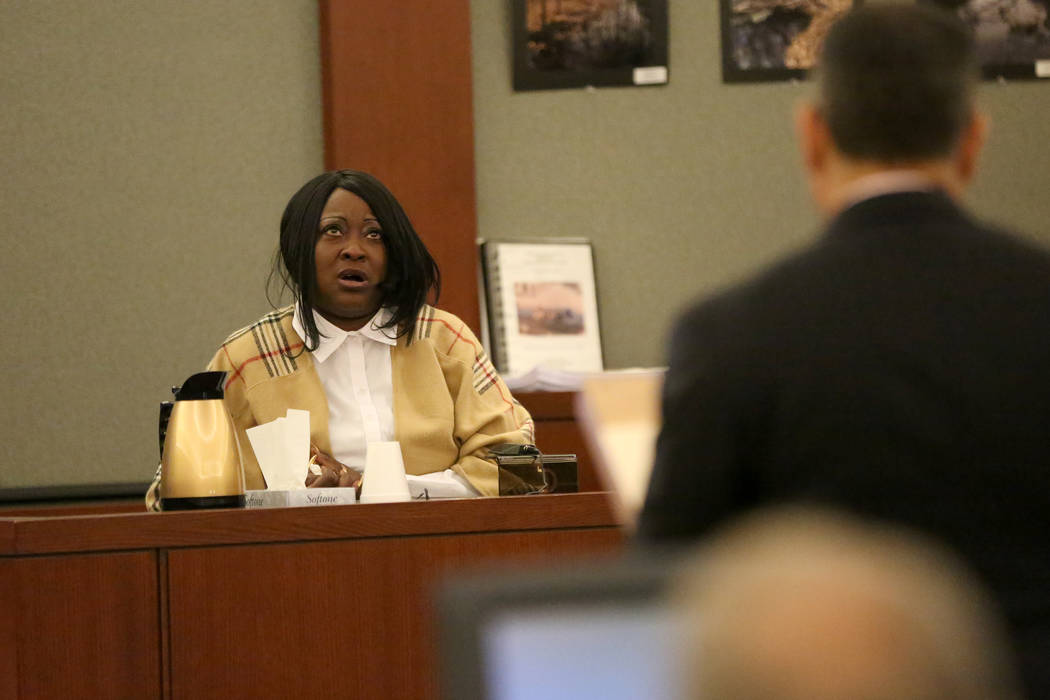 Latasha White testifies on Friday, Dec. 1, 2017 during the penalty phase of her son, Bryan Clay, the Las Vegas man convicted of raping and murdering a mother and her 10-year-old daughter in 2012. Michael Quine/Las Vegas Review-Journal @Vegas88s

As the tears dripped down her face, the mother of a convicted murderer looked toward jurors and begged them to spare her son.

“I understand another family lost their lives,” Latasha White said Friday in Clark County District Court. “But I believe in second chances. And if that second chance is getting life, that’s grateful to wake up to.”

White spoke on the third day of the penalty phase for 27-year-old Bryan Clay, who faces the death penalty after he was convicted Tuesday of the rape and murder of Ignacia “Yadira” Martinez, 38, and her 10-year-old daughter, Karla, in April 2012.

Clay beat the two with a claw hammer in an attack that left the woman’s husband, Arturo Martinez, in need of multiple surgeries.

As White looked at family photos from vacations and birthdays, she showed jurors where her son was, smiling next to his grandmother, whom he called “Cookie.”

Clay clutched a tissue and dabbed his eyes.

“I believe in God and ‘Thou shalt not kill,’” she said. “To not be taken away from me, his child, his nephews. We still have a family.”

White testified that on the day he was arrested, Clay was sleeping on the floor of her home. He was homeless at the time. She turned her son in because she knew police were looking for him, she said.

Clay, the second of four boys, was named after his father, Bryan Clay Sr., who was part of a gang, sold drugs and went to prison.

Clays attorneys described a child who grew up with violence all around him.

Clay Sr. often beat White in front of the children, she testified.

“He saw his mom get beaten. He saw domestic violence in the home,” attorney Christopher Oram said, adding that Clay grew up mostly in “gangland territory.”

White described Clay as “happy-go-lucky, Mr. Laugh, Mr. Giggles,” especially when his daughter and nephews visit him in jail. He writes to his 5-year-old daughter frequently.

Clay, who is thin and small in stature, was often bullied at school, she testified. Children made fun of his size, his dark skin tone and his teeth. He made mostly F’s and never graduated from high school.

“A lot of things have been stripped from his life. Don’t strip him now,” she said to the jurors. “I’m not going to give up on Bryan.”