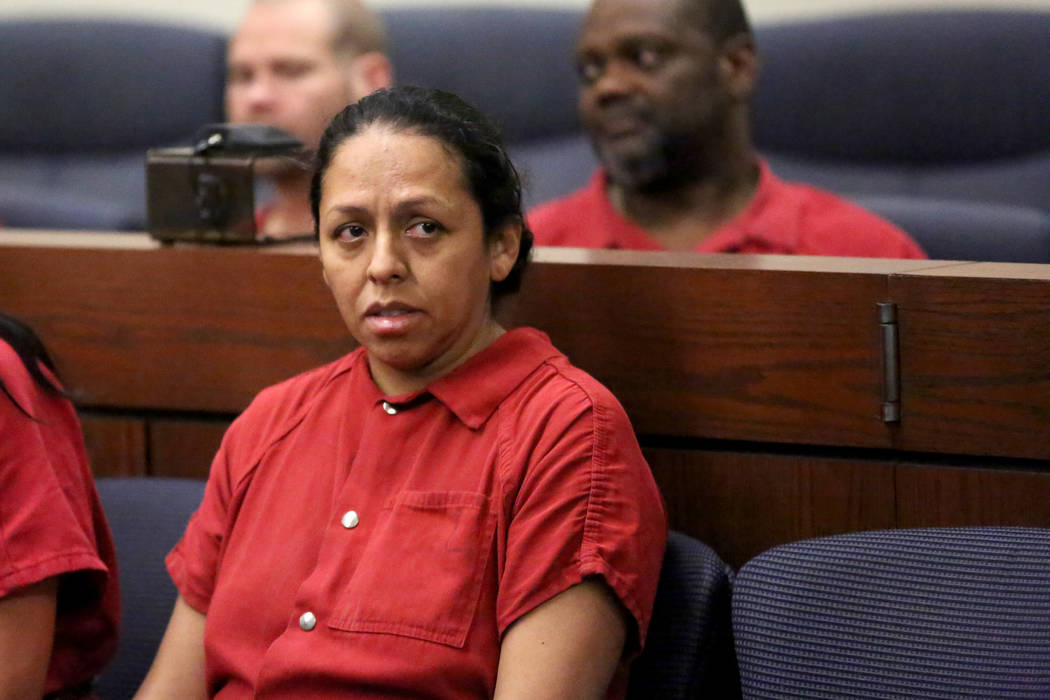 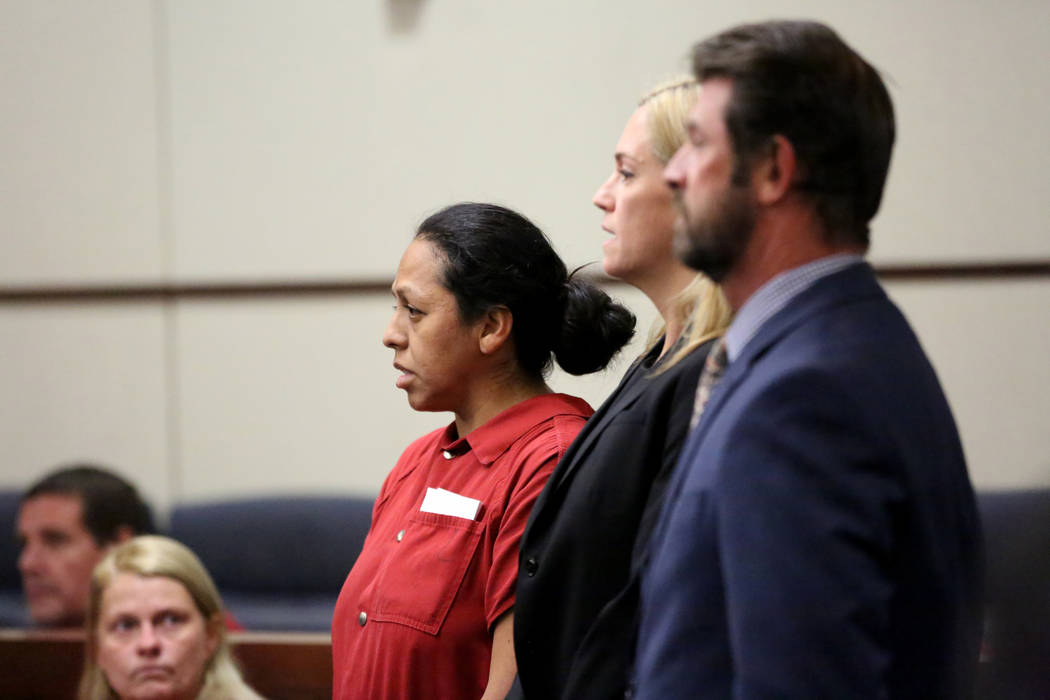 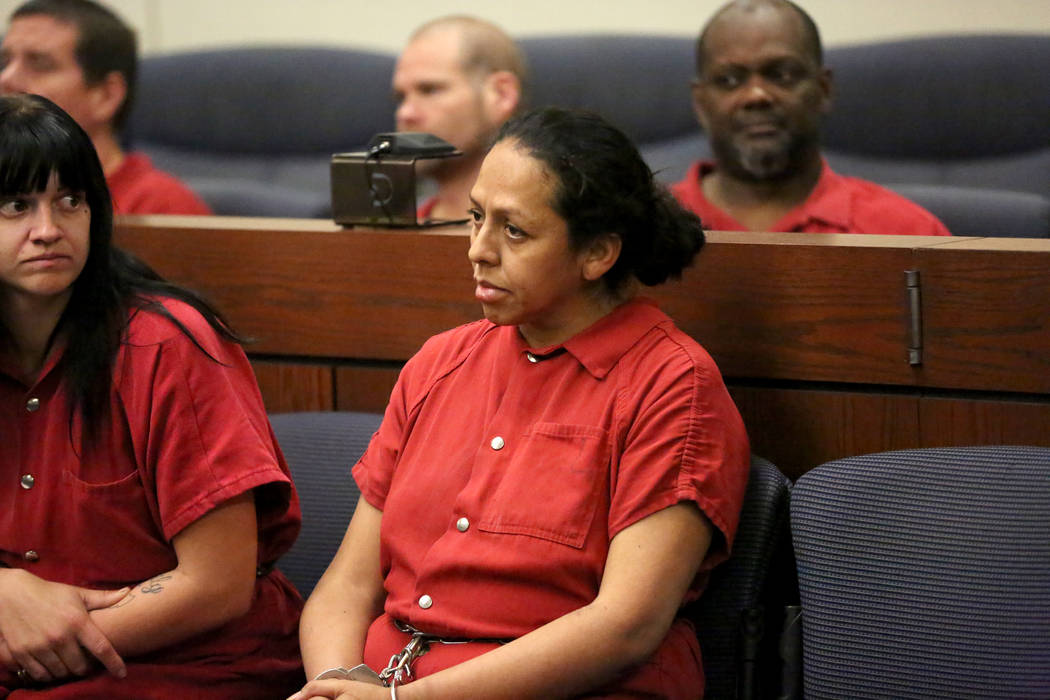 Rita Colon, who is charged in two deaths more than a decade apart, appeared in a Henderson courtroom Tuesday morning for the first time since being extradited from Peru last week.

Colon was booked into the Henderson Detention Center on Thursday, nearly two years after she was arrested in Peru in December 2017.

She was charged with murder with a deadly weapon after 77-year-old Leroy Pelton was found dead in his Henderson home in December 2016. Detectives believe Colon, who was in a romantic relationship with the former UNLV professor, wanted access to his $1.1 million retirement account.

Colon also faces an unrelated murder charge in Clark County District Court. She is accused of fatally stabbing Edwin Colon, her husband of less than a year, in February 2005 in their North Las Vegas home.

Rita Colon, represented by public defenders on Tuesday morning in Henderson Justice Court, waived her right to a preliminary hearing within 15 days. A status check in the case is scheduled for Dec. 4.

She has yet to appear in District Court in the North Las Vegas case.

Prosecutor Michael Schwartzer told the Las Vegas Review-Journal on Friday that he does not intend to try the cases together.

“The primary focus is going to be on the Henderson case in the beginning,” he said. “I appreciate Mr. Colon’s family, and I understand that they’ve been waiting a long time for justice.”

Julia Murray, one of Rita Colon’s attorneys, declined to comment on the case on Tuesday.