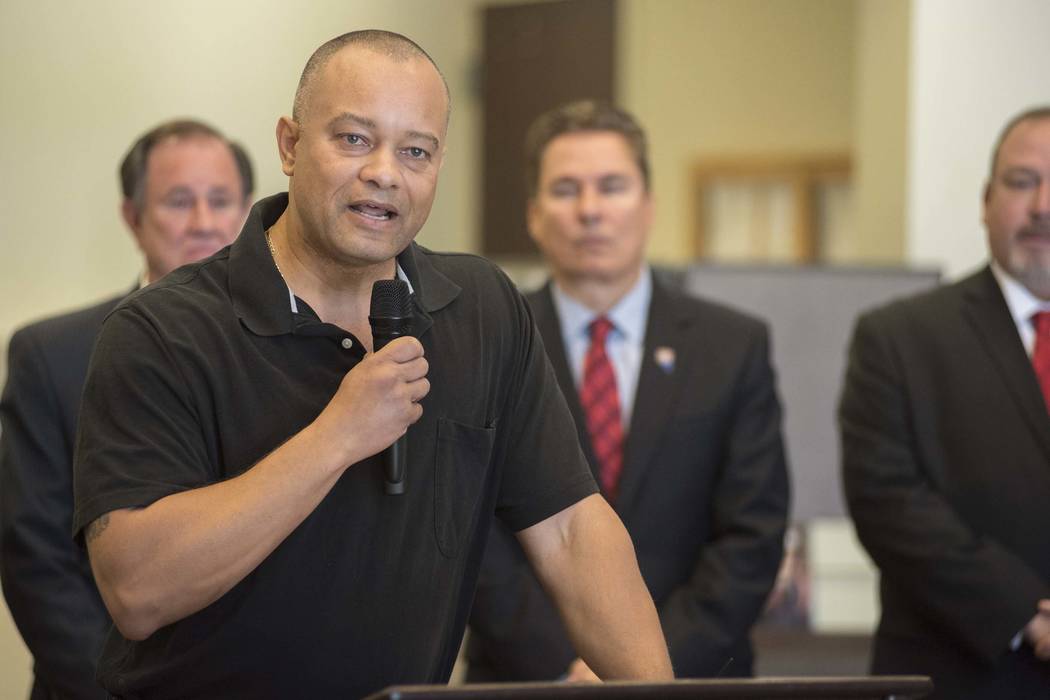 The Nevada Supreme Court has decided that the leader of a controversial political group cannot be sued for defamation for criticizing the courtroom conduct of a family lawyer.

Sanson posted those videos on his website with a series of articles about Abrams and Family Court judges. One of the videos appeared under the headline “Nevada Attorney attacks a Clark County Family Court Judge in Open Court,” with an article that included statements about Abrams.

“Sanson’s statements depict and criticize Abrams’ behavior in court and towards Judge (Jennifer) Elliott, which directly connects to the public’s interest in an attorney’s courtroom conduct,” a three-justice panel of Lidia Stiglich, Mark Gibbons and James Hardesty wrote in Thursday’s decision. “The public has an interest in an attorney’s courtroom conduct that is not mere curiosity, as it serves as a warning to both potential and current clients looking to hire or retain the lawyer.”

Abrams criticized the Supreme Court’s decision in an email to the Review-Journal, saying that Schneider hired Sanson to defame her.

“The Nevada Supreme Court made a dire mistake in overlooking the significance of the events leading up to the defamation campaigns and subsequently, the lawsuits at issue,” Abrams wrote. “The statements by Sanson were demonstrably false and intended to coerce inaction in pending court proceedings. The impact of allowing such out-of-court extortion, intended to alter the outcome of judicial proceedings, strikes at the very core of our judicial system… The Supreme Court Justices do not appear to have an appreciation for the dynamics in family court. Nevadans should be horrified at the implications of this decision.”

Abrams alleged that Schneider provided Sanson with the videos. Schneider and Sanson responded to Abrams’ lawsuit with a pair of anti-SLAPP motions, which are designed to stop frivolous claims. Those motions were granted, and Abrams appealed to the high court.

“Both opinions reinforce the importance of court transparency,” McLetchie wrote in an emailed statement. “The court properly recognized that statements such as whether an attorney is a ‘bully’ in the courtroom and seals too many records are statements in the public interest.

“The plaintiffs — powerful and successful family court attorneys — had urged for a very dangerous rule: that what happens in family court and how family court lawyers conduct themselves in court isn’t the public’s business. They’re of course wrong and protecting Sanson and VIPI from liability for communications on those topics ensures that the public can have robust debates about family court and share their opinions about lawyers.”

Schneider, who has said he has no affiliation with Sanson’s organization, said Friday that he plans further litigation against Abrams.