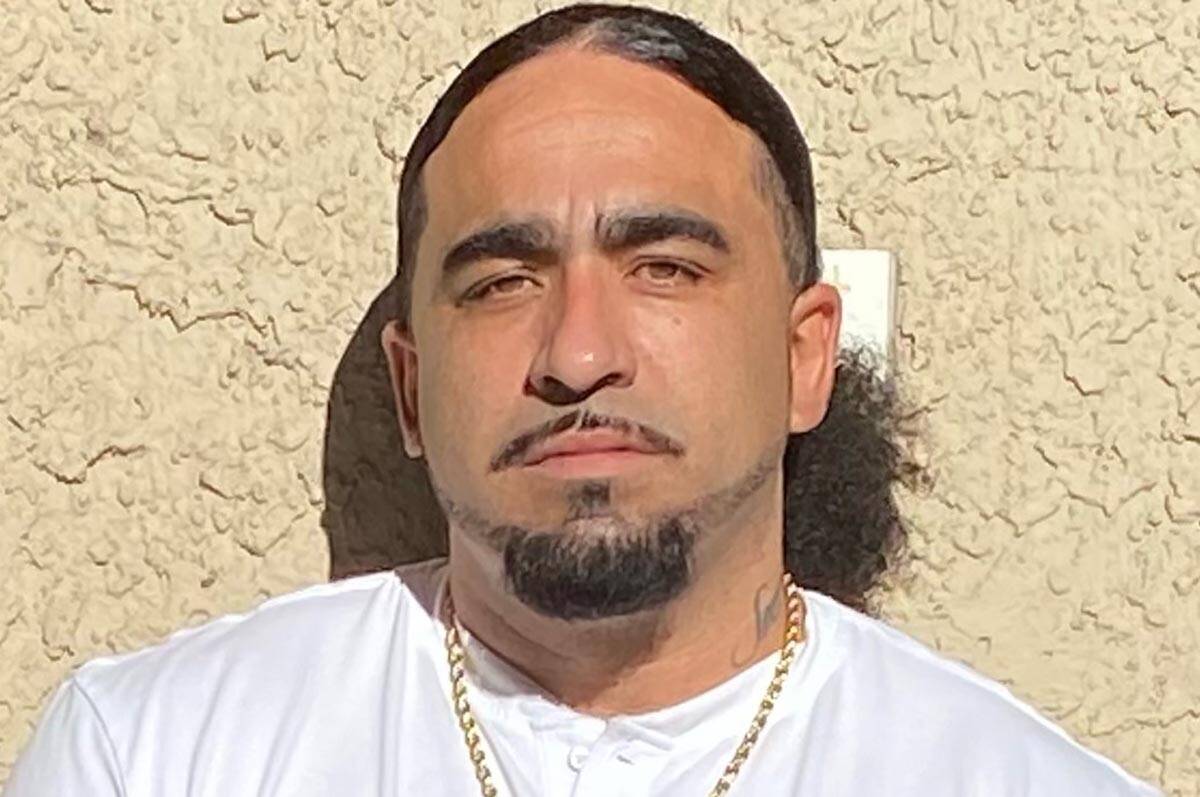 Ignacio Dealba poses in an undated photo. Nevada's Board of Examiners awarded him more than $220,000 after he spent more than four years incarcerated for a crime he didn't commit. (courtesy Nathan Lawrence)

Nevada’s Board of Examiners awarded a Las Vegas man more than $220,000 this week after he was incarcerated for more than four years for crimes he didn’t commit.

In 2006, a jury convicted Ignacio Dealba of robbery with a deadly weapon and attempted murder with a deadly weapon, “despite the fact that not a shred of physical evidence whatsoever was ever adduced that connected to Mr. Dealba,” his attorneys wrote in court filings.

Dealba’s attorneys, Nathan Lawrence and Travis Barrick, also wrote that another person involved in the robbery incorrectly said Dealba was the shooter, and that Dealba’s public defender didn’t call a witness during trial that would have given him an alibi during the time of the shooting.

The victim of the robbery, which happened June 7, 2005, at a gas station near Vegas Valley Drive and Nellis Boulevard, told police that a man robbed her of $900. The woman said the man got into a red BMW driven by an accomplice and shot at an off-duty Metropolitan Police Department detective as they drove away, court records show.

The detective said the person who shot at him was a Black man, but he later identified the shooter as Dealba, who is Hispanic. Dealba, then 22, was arrested hours after the crimes, but the robbery victim said she didn’t believe he was the shooter, due to his “complexion.”

On Tuesday, the Board of Examiners, which includes Gov. Steve Sisolak and Attorney General Aaron Ford, approved a $220,922 payment for Dealba. The payment was made under Assembly Bill 267, which was passed in 2019 and allows for those released from wrongful imprisonment to sue in order to receive a certificate of innocence and compensation.

“Justice oftentimes requires exoneration and compensation, as opposed to simple conviction and incarceration,” Ford said during Tuesday’s meeting. “So I am honored to be able to vote in support of Mr. Dealba.”

‘A little bit in shock’

Lawrence said Dealba, who maintained his innocence since the day he was arrested, is looking forward to using the compensation to “secure his financial security and interests” for him and his family.

“I believe he’s still a little bit in shock with regards to the fact that we actually made this happen,” Lawrence said after the Board of Examiners officially approved the payment.

Since Assembly Bill 267 passed, the state has awarded nearly $9.7 million to people wrongfully convicted of a crime, with Dealba’s case marking the sixth that has been resolved, according to Alcinia Whiters, a spokeswoman for the attorney general’s office.

But Dealba’s case was the first decided in court, with a judge ruling he was eligible for compensation, Lawrence said. The attorney general’s office had asked for the judge to rule on the case, Lawrence said, because Nevada law requires wrongfully convicted people to prove they were innocent of the crime before receiving any money.

“It’s a hard thing to prove innocence, because it’s not just proving that you weren’t guilty,” the attorney said. “You actually have to prove that you were innocent of the underlying facts.”

Innocence is often proved in other cases through DNA evidence or another person admitting guilt, Lawrence said.

Dealba’s co-defendant and the convicted get-away driver, James Vaughn, initially said Dealba was involved in the robbery. He later retracted his statements, writing in an affidavit filed last year that he only identified Dealba because he felt pressured to do so by the officers and detectives.

‘Many difficult years in prison’

Dealba was in his stepfather’s garage as the robbery was happening, working on his Cadillac, according to an affidavit written by the stepfather. The man also said that on the day of the robbery, Vaughn arrived at his home in an “older red car” and hung out with Dealba.

In 2009, the Nevada Supreme Court reversed Dealba’s conviction, sending the case back to District Court. Prosecutors in September 2009 dropped the charges, and Dealba was released from prison in December 2009, four years and 179 days after his initial arrest, court records show.

By requesting that a judge rule on granting Dealba compensation for his time in prison, his lawyers wanted to show not only that Dealba was not guilty, but that he was innocent of the robbery and shooting.

“Despite the high bar associated with such an endeavor, Mr. Dealba believes that … he has achieved that necessary quantum and has proven that he is, in fact, innocent of the felonies of which he was convicted and sentenced and for which he served many difficult years in prison,” Lawrence and Barrick wrote in court documents.