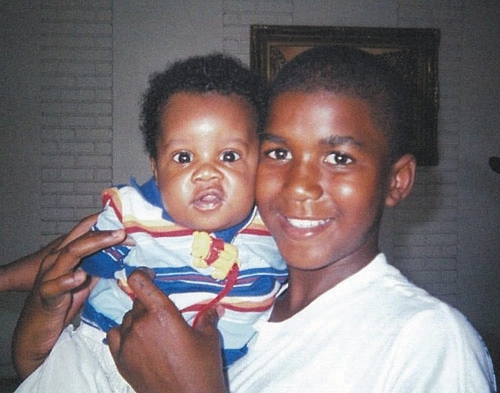 In 1871, brawls were not uncommon in Pioche, then a violent silver mining town that sprang up almost overnight in eastern Nevada.

So the circumstances of the fight between John Keeland and James D. Kennedy have been lost to time. Keeland beat Kennedy, and when bystanders pried him off the beaten man, Keeland asked for a pistol and declared that he would shoot Kennedy on sight the next time the two met.

That meeting occurred only minutes later, when Keeland rushed at Kennedy, who happened to be armed. Kennedy shot him dead.

What happened next would influence more than a century of Nevada law, culminating in a "stand your ground" statute nearly 140 years later.

Local authorities charged Kennedy with murder, and during the trial, jurors were instructed that the killing could only be legally justified if Kennedy "retreated as far as he safely could at the time." Kennedy had made no effort to back away from Keeland, and he was convicted and sentenced to 15 years of hard labor at the state prison.

But he appealed his case to the Nevada Supreme Court. In 1872, the justices ruled in his favor: If the facts of the case were true, then Kennedy didn’t have an obligation to retreat, and jurors should never have been told as such.

Last year, Nevada legislators took the roots of the Kennedy decision — and others like it — and wrote it into law, clarifying the right of citizens to use deadly force in self-defense of their life without first retreating or backing down.

Nevada’s new law is drawing scrutiny in the wake of a controversial "stand your ground" case in Florida, where unarmed Trayvon Martin was shot and killed by a community watch member. Prosecutors there declined to prosecute the shooter under that state’s "stand your ground" law.

But for more than a century, Nevada’s lawyers and courts have been deciding when and if people have to retreat from a threat before using deadly force. The Nevada Supreme Court has ruled on the subject several times, jurors on murder trials have been instructed on those decisions for decades, and Nevadans have the same right of self-defense they’ve had for at least 100 years.

"It’s nothing new," Allen Lichtenstein, general counsel for the American Civil Liberties Union of Nevada, said of the state law. His organization was neutral on the legislative action. "I don’t think it really changed anything."

Legislators simply turned case law, or common law, into a state statute. Judges’ decisions affect how prosecutors and defense attorneys carry out the law, regardless of whether those decisions are written into law by legislators.

For jurors on a murder trial, that means that they will get a clearer definition of when somebody can stand their ground, according to Lisa Rasmussen, a criminal defense attorney.

But that’s about it.

To understand how judges’ decisions become law, take a case the state Supreme Court heard in 1910, when they overturned a conviction of voluntary manslaughter stemming from a saloon shooting in Esmeralda County.

On Dec. 29 the previous year, S.P. Grimmett confronted Charles Edward Baker over a $7.50 debt. Baker became "violently angry," pronouncing Grimmett a "hophead" and a "son of a bitch," the court wrote in its decision.

Baker "hurriedly removed his coat, threw it on a roulette wheel in the saloon, ran for a billiard cue, and rushed towards" Grimmett. Bystanders stopped him and took away the cue.

He then ran behind the bar, pulled a revolver from a drawer, ran to the end of the bar and fired a shot at Grimmett. Grimmett returned fire twice, killing Baker.

Grimmett was sentenced to six years in prison, but the Nevada attorney general realized that it was clearly a case of self-defense and told the court. The court agreed.

"The law is well established that where a person, without voluntarily seeking, provoking, inviting, or willingly engaging in a difficulty of his own free will, is attacked by an assailant, and it is necessary for him to take the life of his assailant to protect his own, then he need not flee for safety, but has the right to stand his ground and slay his adversary," the court wrote in its decision.

Eighty years later, the court affirmed that decision and clarified that the right not to have to retreat applied to a person "unless he is the original aggressor."

Last year, the law legislators drafted states that a person can use deadly force in self-defense without retreating if the person "is not the original aggressor," "has a right to be present at the location where deadly force is used" and "is not actively engaged in conduct in furtherance of criminal activity at the time deadly force is used."

Lawyers interviewed by the Review-Journal could not think of a case in which the law has been applied.

Scott Coffee, president of the Nevada Attorneys for Criminal Justice and a deputy public defender who handles murder cases, expects that the law will be challenged at some point but that the judges who will rule on that challenge will realize the legislative intent was to write into law years of prior decisions.

Legislators were "not attempting to expand or contract anything in the case law," Coffee said. "They’re attempting to codify what’s out there."

The Florida law has a key difference: It includes an immunity from prosecution and civil lawsuits if the person uses justifiable deadly force.

That’s why the Florida law has come under scrutiny.

In the Martin case, community watch coordinator George Zimmerman saw the teen walking in the neighborhood, called police and began following him. Dispatchers repeatedly told Zimmerman he didn’t have to follow Martin, but Zimmerman continued pursuit. Eventually, an altercation occurred — the details are in dispute — and Zimmerman shot and killed Martin, who was unarmed. Zimmerman claimed self-defense under the law, and he hasn’t been charged.

The Tampa Bay Times identified other questionable cases that judges found justified under Florida’s "stand your ground" law, including one in which a man who saw someone stealing a radio out of his vehicle grabbed a knife and chased the suspect down. The suspect swung a bag of stolen radios at the man, who then stabbed him in the chest with a knife. The fact that the man never called police, hid the knife and sold the bag of stolen radios by the time police caught him didn’t matter to the judge, who felt the case was self-defense.

In Clark County, prosecutors have been willing to charge people in situations where deadly force could have been avoided.

In 2008, Edward Jones, 26, was driving to his home from a Christmas party with his family in the car early one morning. When he reached his northwest valley neighborhood, a drunken Isaiah McCallum, 18, ran into the street and threw something at his car. After a brief argument, Jones grabbed a handgun and got out of his car as McCallum’s father, a bodybuilder, approached and joined the argument.

Jones got back in his car and drove to his house, about seven homes away. The McCallums followed. Jones whisked his family into the house and retrieved a loaded magazine for his gun as his in-laws, who were drunk, according to court records, confronted the teen, who was shouting racial epithets. Jones’ in-laws were Hispanic. McCallum was white.

The elder McCallum struck Jones’ mother-in-law in the face during the confrontation, and Jones later told police he shot at him to scare the man. The shot struck John McCallum in the back and killed him.

Authorities charged Jones with murder, then later reduced the charge to voluntary manslaughter. Jones pleaded guilty to the charge and was sentenced to five years of probation.

Former District Attorney David Roger, who retired in January, doesn’t believe the new law will lead to any differences in how self-defense cases are handled because it remains true to the 1990 Nevada Supreme Court decision.

He noted that the law also carries a "balancing test," where the person’s reason for using deadly force must be "reasonable" to other people. There has to be an immediate threat to the person’s life, he said.

"The unwritten rationale for our laws is that we value human life," he said. "Once that danger is gone, you no longer have the right to self-defense."

On Oct. 25 that year, Thomas Gaule was accosted by two men when he entered his west valley home. He later said the men beat him and shocked him with stun guns, but he managed to retrieve a shotgun.

Gaule fired a shot as the two men ran for the door. One of the suspects collapsed in the driveway, but Gaule continued to pursue the other down the street. He shot him about 500 feet from his home, and the man died.

A jury found Gaule guilty of voluntary manslaughter with use of a deadly weapon for chasing down and killing the second man. He wasn’t charged in the other man’s death.

At his sentencing, officials with the state Division of Parole and Probation recommended Gaule serve at least four years in prison.

But the prosecutor and the judge disagreed, and Gaule received probation.