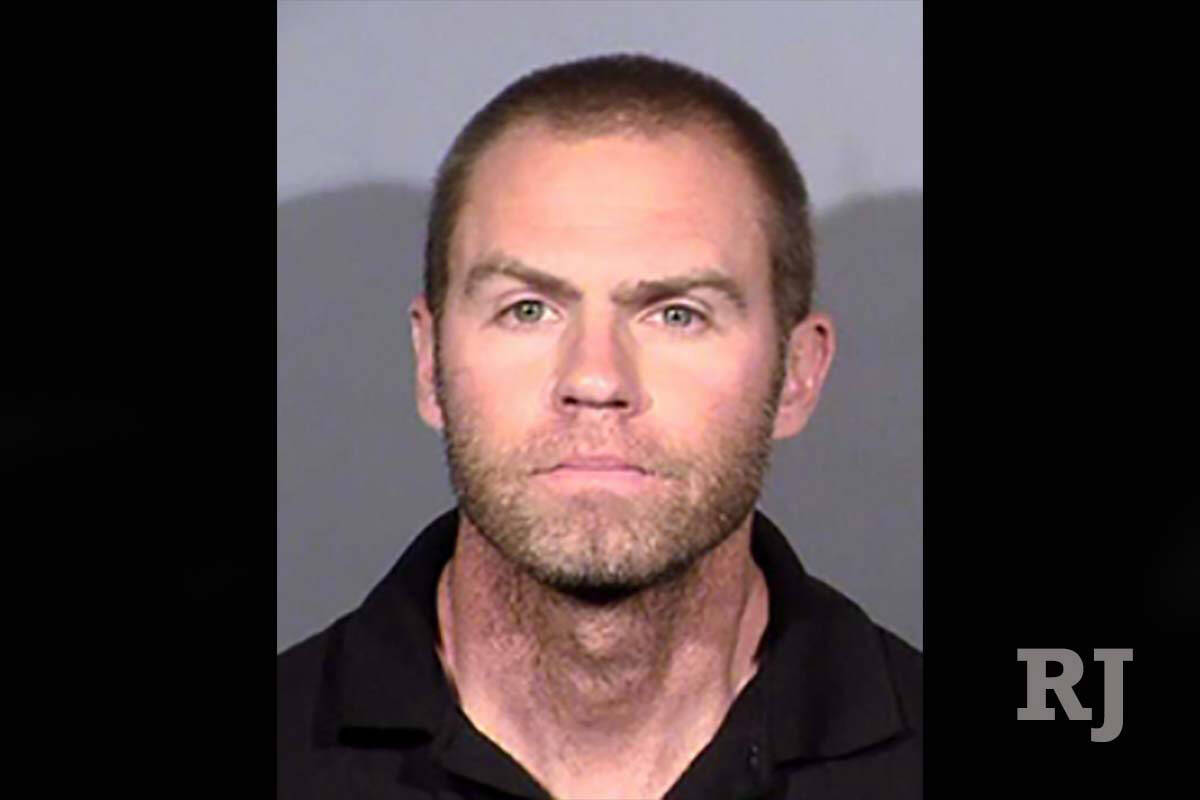 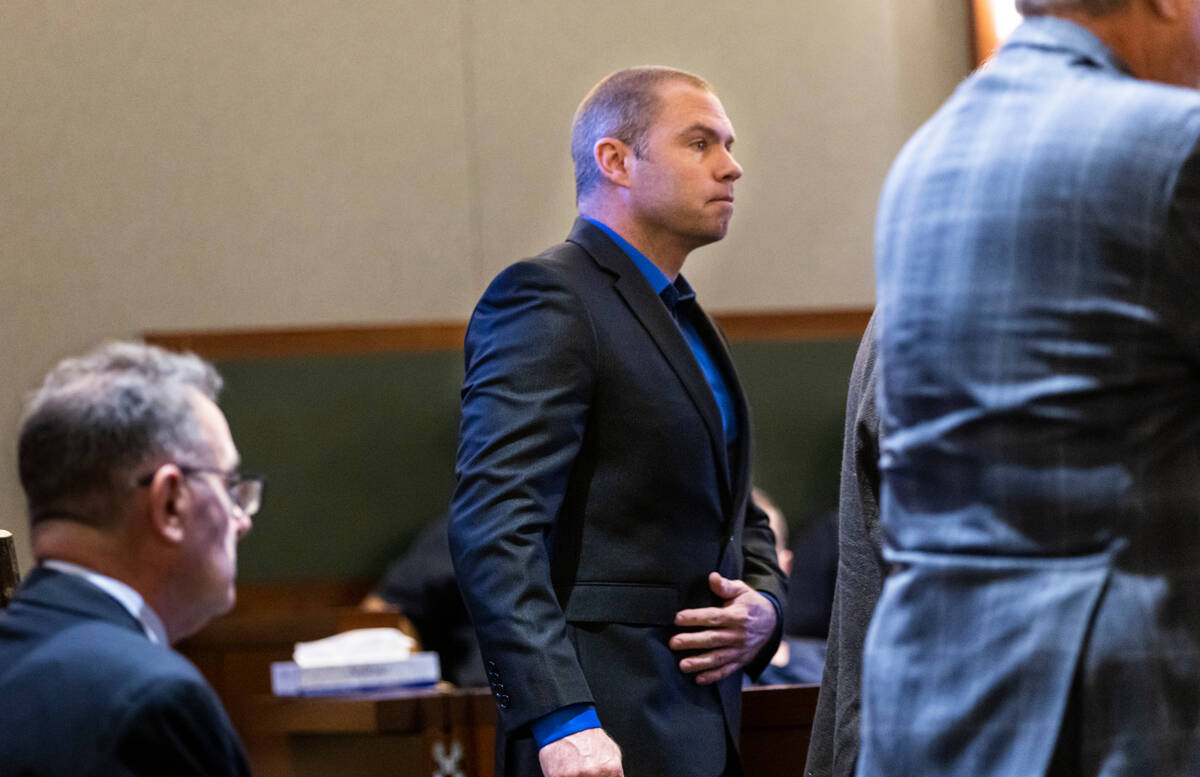 Sheldon Plehn looks on during a court hearing for a motion for a new trial at the Regional Justice Center on Wednesday, Nov. 23, 2022, in Las Vegas. Plehn was a Las Vegas Fire Department captain charged in a domestic violence case against his wife in 2018. (Chase Stevens/Las Vegas Review-Journal) @csstevensphoto

A judge denied a Las Vegas fire captain’s request for a new trial on Wednesday, more than a month after a jury found him guilty of a misdemeanor domestic violence charge.

Defense attorneys then filed a motion for a new trial, arguing that the jury was given improper instructions that led to Plehn being convicted of the misdemeanor. District Judge Monica Trujillo denied the motion during a court hearing Wednesday.

Plehn was placed on administrative leave without pay after his arrest. Last week, city spokesman Jace Radke said Plehn was back on duty as a fire captain with the Las Vegas Fire Department, but on Monday, Radke said that information was incorrect.

“He is not on active duty,” the spokesman wrote in an email. “That was my mistake. He was on Leave without Pay and continues to be on leave without pay at this time.”

Prosecutors have accused Plehn of running his wife’s car off the road and strangling her on Dec. 8, 2018, when the bloodied woman flagged down a car and begged for help miles outside of town.

Plehn turned himself in to police on Dec. 10, 2018. His wife since has changed her name to Jaclyn Stecki, indicating in court records filed in 2019 that she was in the process of a divorce.

Stecki testified in 2019 that Plehn followed her car from their house, forced her off the road and yanked her out of the vehicle. She said Plehn grabbed her phone and smashed it, then pulled her hair, covered her mouth and wrapped his arm around her neck.

She testified that she hit her head and started to bleed when he tried to shove her into the passenger side of her vehicle. She flagged down a couple who was driving on Cold Creek Road toward U.S. Highway 95 and begged them to call 911, according to Plehn’s arrest report.

As the couple pulled over, Plehn was screaming at his wife to get back into the car, according to the report. She instead got into the couple’s vehicle, and they sped off before calling 911.

Defense attorneys Tom Pitaro and Ozzie Fumo have argued that Plehn’s wife was suicidal at the time of the confrontation and that his actions “were done in an attempt to prevent a suicide attempt,” according to the motion for a new trial.

Stecki testified in 2019 that she was not suicidal. After Wednesday’s court hearing, Stecki again disputed that she was suicidal but declined to comment further on the case.

During the trial, the jury was instructed to consider a legal necessity defense for the counts of coercion and battery resulting in substantial bodily harm constituting domestic violence. For legal necessity to be used as a defense, the jury would have had to determine that Plehn had no alternative but to act in an emergency to prevent substantial bodily harm or death.

Pitaro argued Wednesday that the jury was not told to apply the legal necessity defense to the count involving strangulation after Plehn denied touching his wife’s neck. Pitaro wrote in the motion that after the trial, a juror said that if the necessity defense had applied to the charge, she would have found Plehn not guilty.

Deputy District Attorney Melanie Marland argued that the defense motion was not enough for a new trial.

“If the argument is that the instruction was improperly not given and the court either abused its discretion or made a mistake by not doing so, that’s a matter that’s appropriate for appeal,” Marland said.

The judge also noted that both parties had agreed on the jury instructions.

Defense attorneys declined to comment after the hearing. Plehn is scheduled to appear in court for sentencing on Jan. 9.