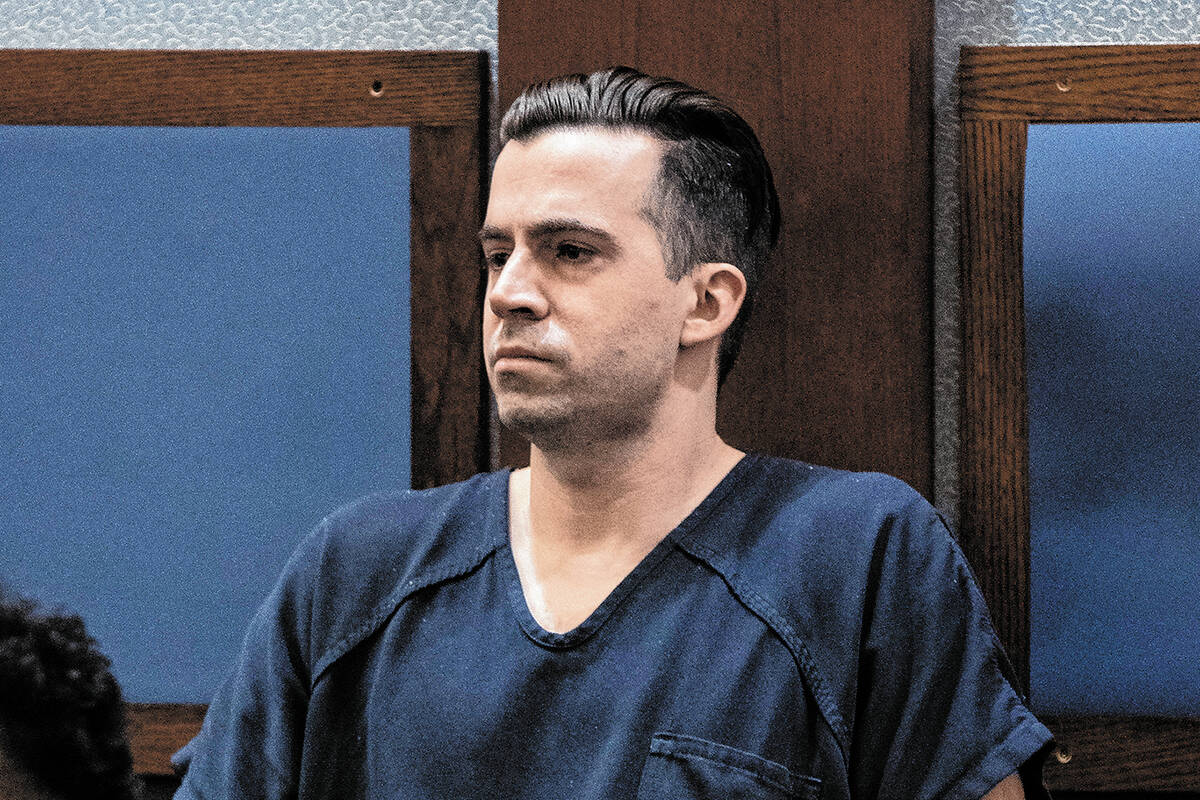 Caleb Rogers, a Las Vegas police officer who is being charged for robbing a casino, appears in court at the Regional Justice Center Wednesday, March 2, 2022, in Las Vegas. (Bizuayehu Tesfaye/Las Vegas Review-Journal) @btesfaye 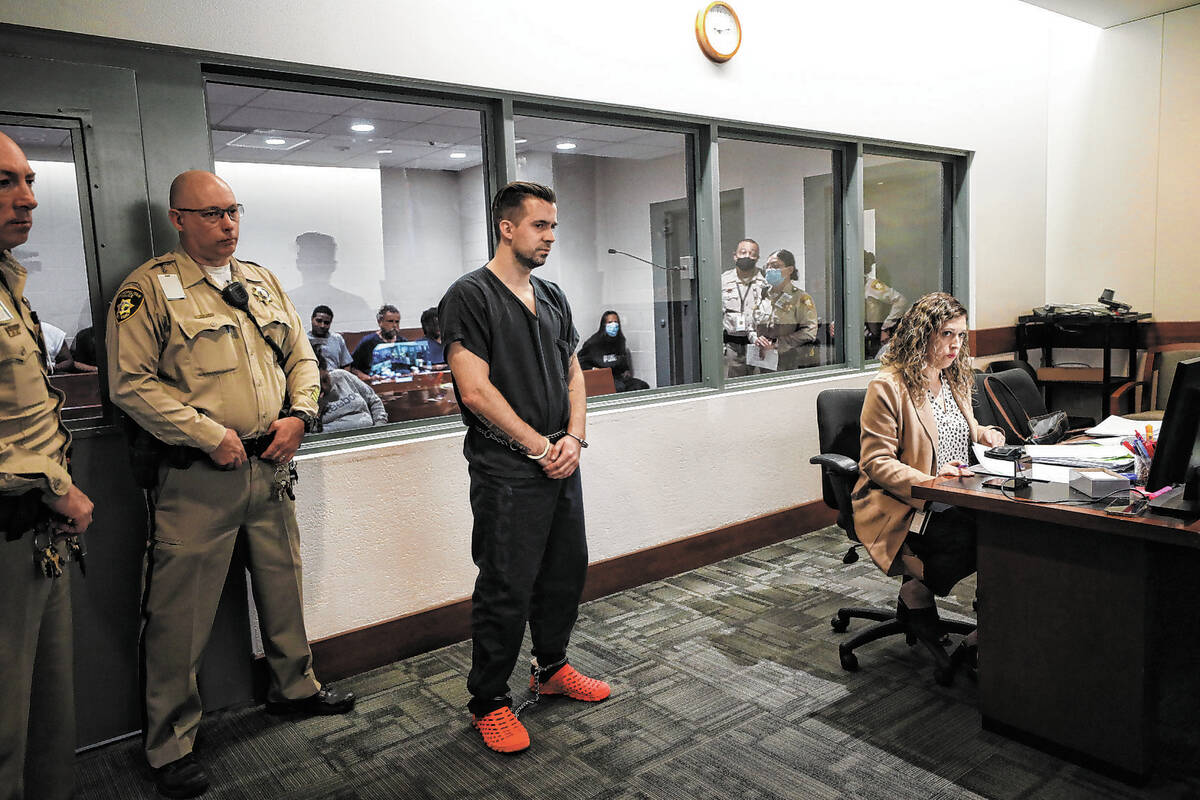 Caleb Rogers, a Las Vegas police officer who is being charged for robbing a casino, at his initial appearance on Monday, Feb. 28, 2022 at the Regional Justice Center in Las Vegas. (Rachel Aston/Las Vegas Review-Journal) @rookie__rae

A Las Vegas police officer appeared in federal court Thursday on two charges in connection with what authorities said was a string of casino robberies.

Caleb Rogers, 33, was arrested on Feb. 27 and faces federal charges of interference with commerce by robbery and one count of brandishing a firearm during and in relation to a crime of violence, according to a Department of Justice press release.

Police said Rogers stole more than $78,000 from the Rio in an armed robbery in which he used a Metropolitan Police Department-issued revolver.

He ran up to two employees and yelled, “Get away from the money. I’ve got a gun. I will shoot you,” according to the release.

He pushed an employee to the ground, authorities said, and fled when the alarm was triggered by casino employees. Rogers was tackled and detained by Rio security as he ran toward the parking garage.

The federal complaint also alleged that Rogers robbed the Red Rock Resort on Nov. 12 and robbed the Aliante Hotel on Jan. 6. He is alleged to have taken approximately $85,000 combined in the two other armed robberies.

Rogers faces up to 20 years for interference with commerce by robbery and life in prison for brandishing a firearm during a crime of violence, according to the release.