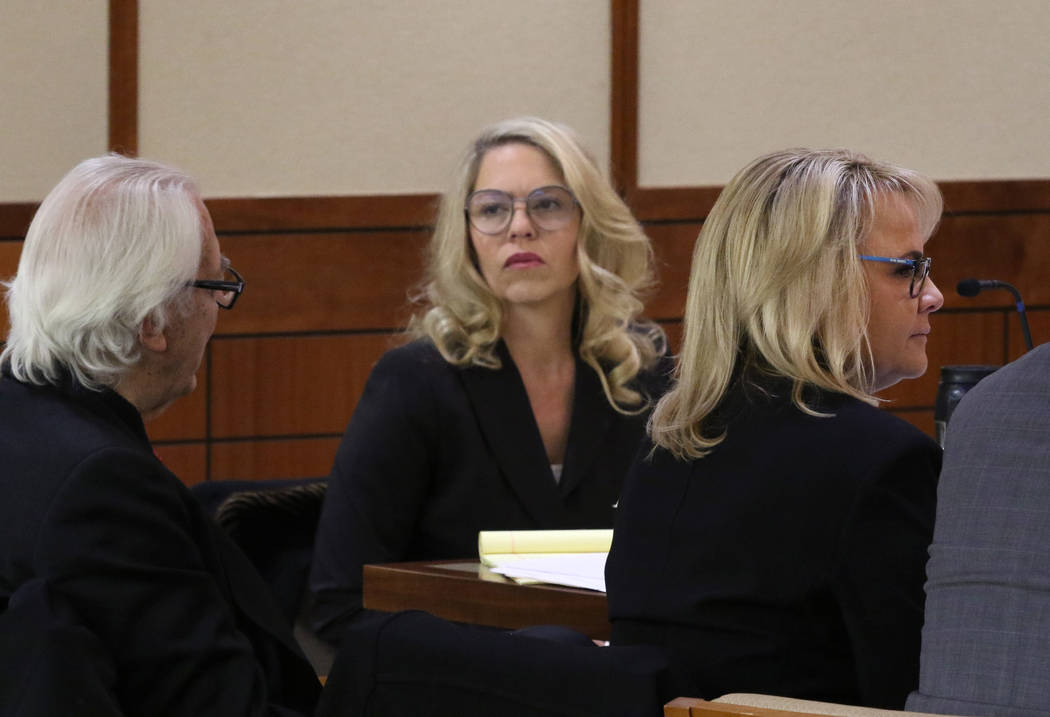 The Nevada Commission on Judicial Discipline decided Tuesday that it would not suspend a pair of Las Vegas judges over questions about profanity off the bench and administrative complaints involving court clerks.

But the seven-member panel indicated that its investigation into Justices of the Peace Melanie Andress-Tobiasson and Amy Chelini would not end.

“The commission has decided to not take action against respondents at this time,” according to the 10-page “order continuing commission investigations,” which included 19 footnotes.

Last week the panel conducted a two-day hearing for Andress-Tobiasson and Chelini in which special prosecutors questioned their actions off the bench.

Neither Tobiasson nor her attorney, Bill Terry, could be reached for comment Tuesday.

Some of the behavior Andress-Tobiasson and Chelini purportedly engaged in occurred more than two years ago.

While the judges remain on the bench, results from a final finding by the commission could range from reprimands to ordering fines and continuing education. Terry said last week that the commission typically finds that judges under investigation have violated one of the four judicial canons.

Special prosecuting officers for the commission argued that Andress-Tobiasson and Chelini pose “a substantial threat of serious harm to the public or administration of justice.”

One of the focuses of attention from special prosecutors seeking to suspend Andress-Tobiasson was a sweater she wore while walking back hallways at the Regional Justice Center.

A since-fired court administrator photographed Andress-Tobiasson wearing the turquoise blue top, emblazoned with a pair of cupcakes and the words “eat s—- and die,” at the courthouse in 2017 and later turned the picture over to investigators with the commission. Others accused the judges of using profanity among court staff, though not in their courtrooms.

The commission also could continue to investigate whether Andress-Tobiasson and Chelini interfered with the hiring and firing of court administrators. The judges said they wanted to keep certain court clerks in their courtrooms because they worked well together, while administrators wanted those clerks in separate departments.

In the commission’s more than 40-year history, only two Las Vegas judges have been suspended from the bench while under investigation for misconduct.