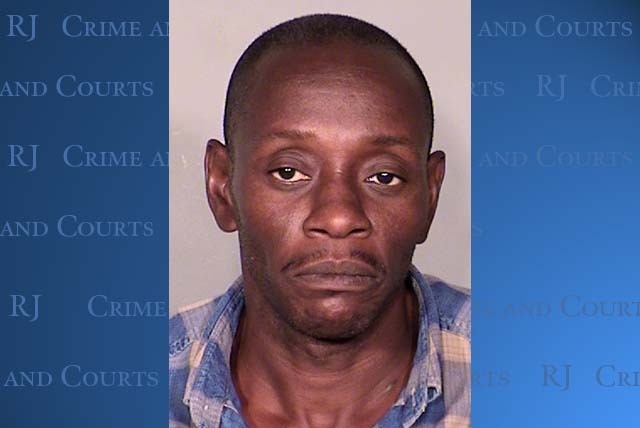 Vance Johnson, 53, arrested in the investigation of a burglary and attempted sexual assault in mid-September in the 800 block of South Rancho Drive. (Courtesy Las Vegas Metropolitan Police Department)

Vance Johnson, 53, was arrested after police received a tip that he was involved in the Sept. 19 robbery in a business in the 800 block of South Rancho Drive.

Police said at 11:15 p.m., a man entered the business, approached the employee and threatened her with a knife demanding money. He then forced the woman into a hallway and attempted to sexually assault her.

Johnson faces charges of burglary, robbery and sexual assault, both with a deadly weapon and coercion with force or threat of force.