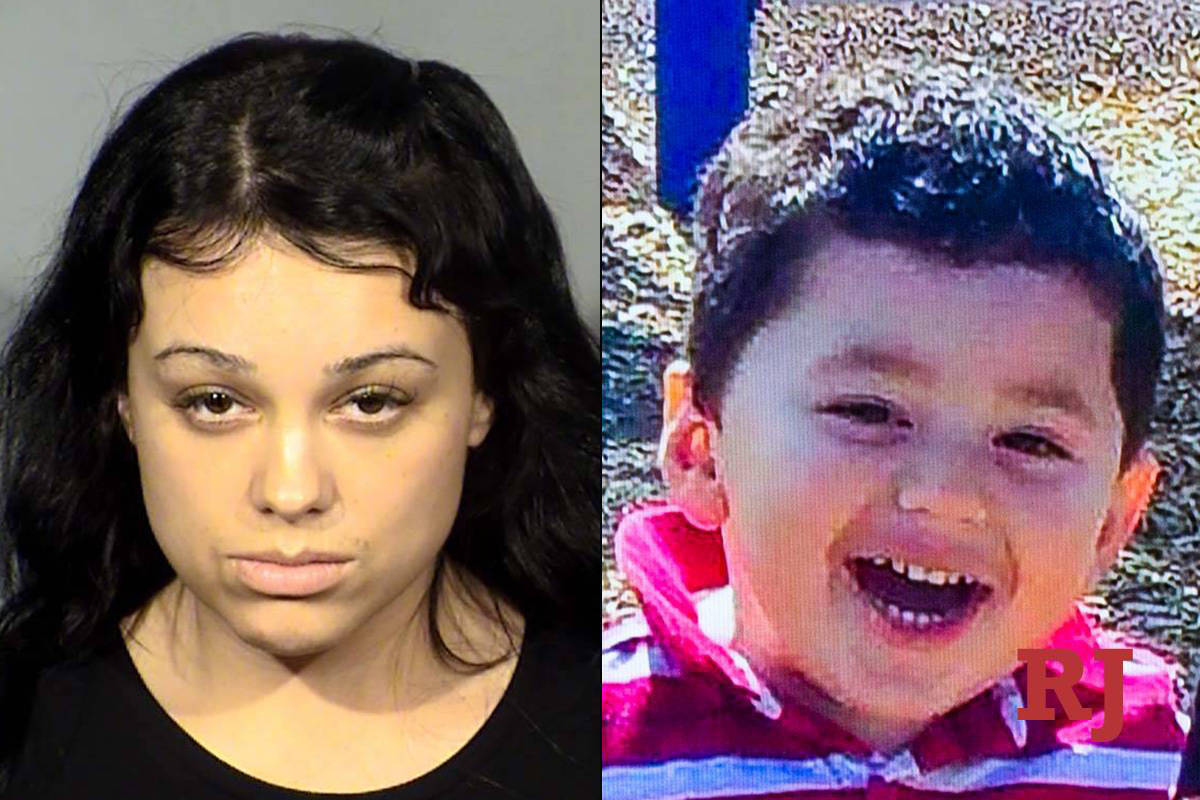 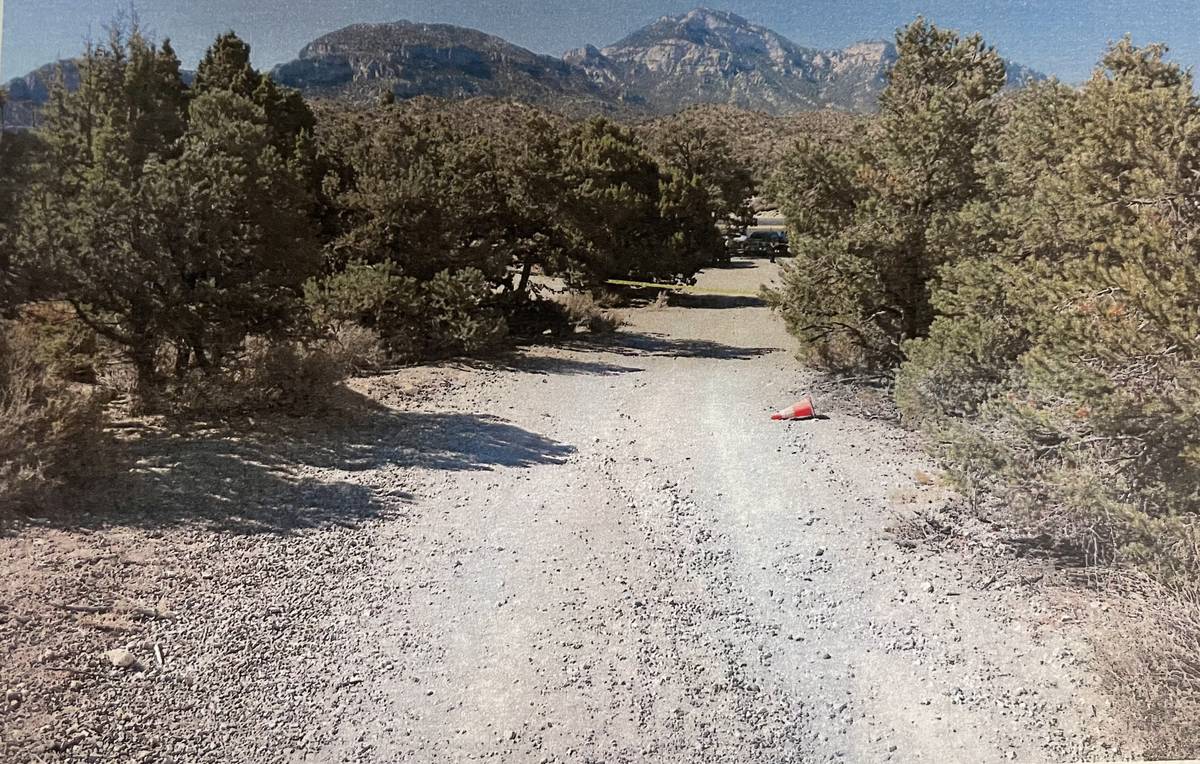 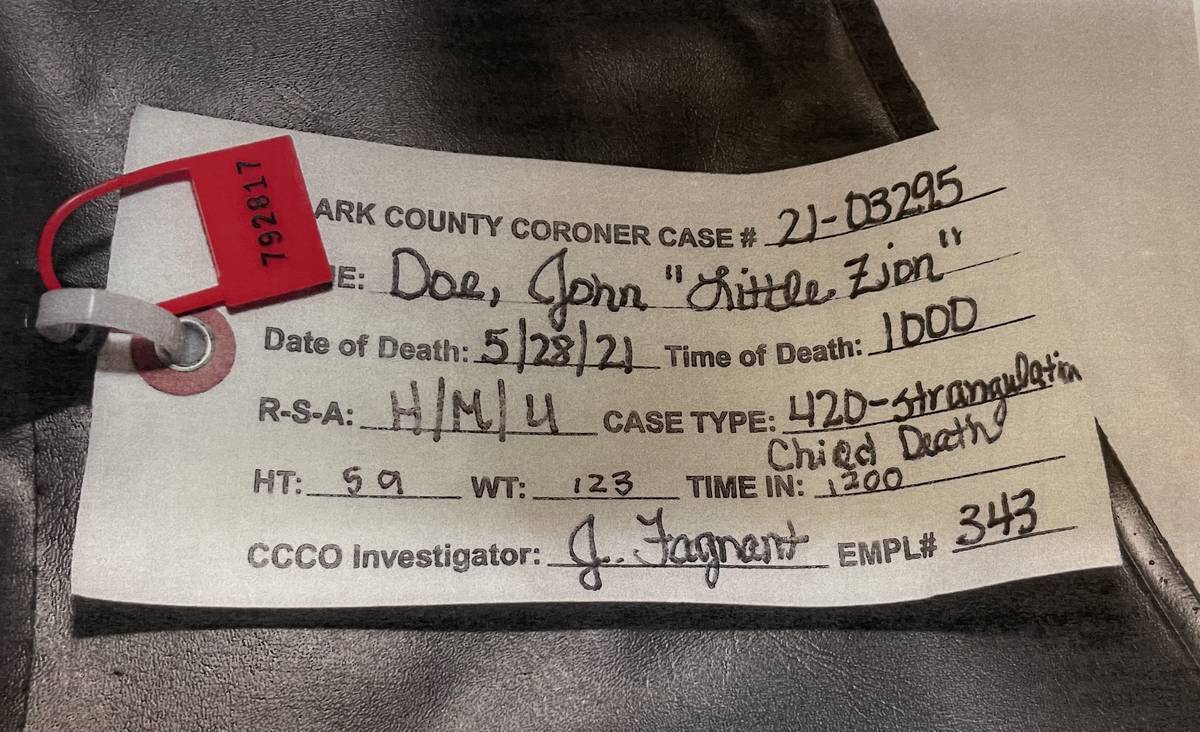 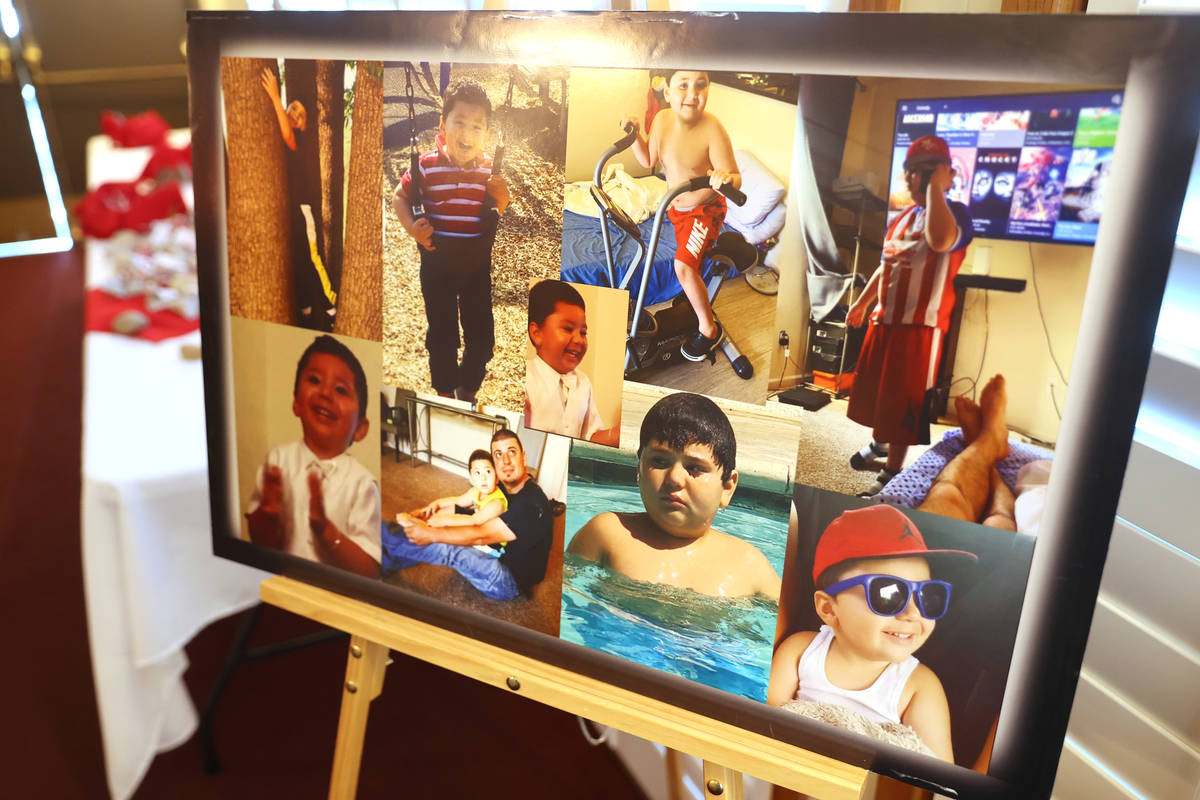 Photos of Liam Husted during a funeral in Santa Clara, Calif. Friday, June 25, 2021. The 7-year-old's body was found in Mountain Springs and his mother, who is charged in his death, is awaiting extradition from Colorado. (K.M. Cannon/Las Vegas Review-Journal) @KMCannonPhoto 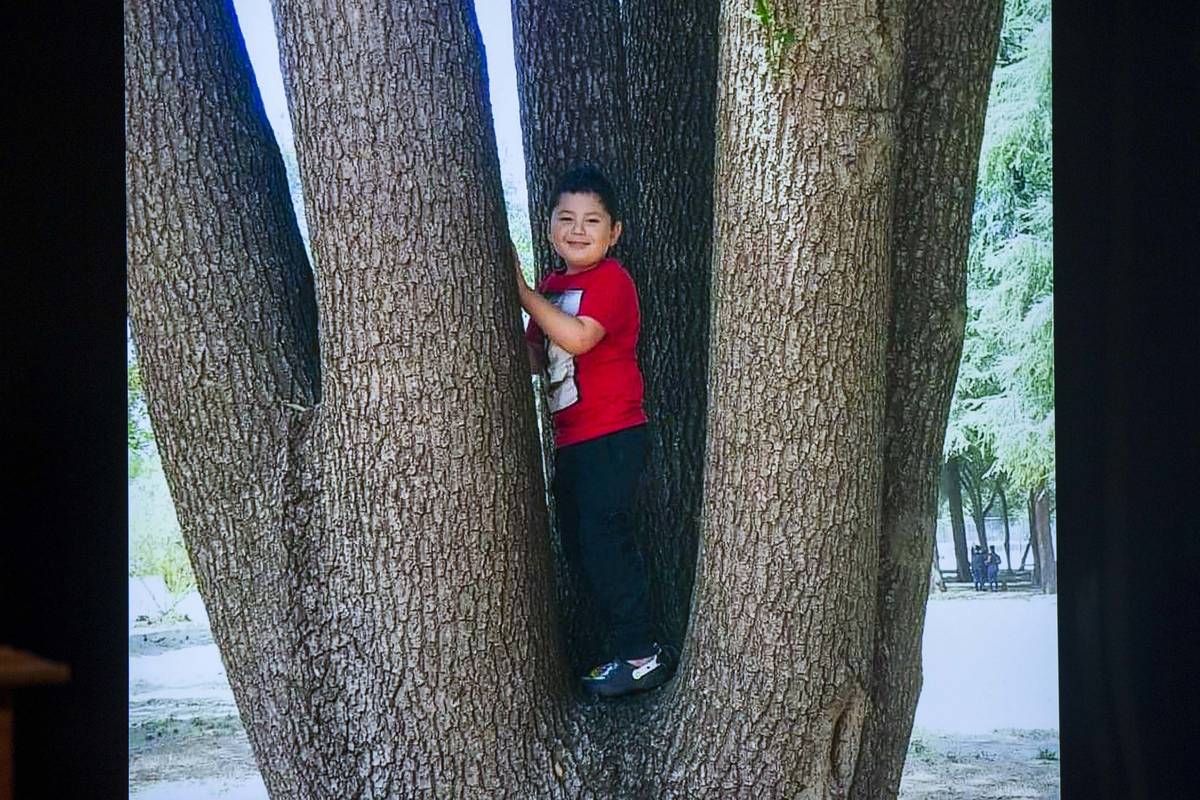 Police photo of Liam Husted identified as the unidentified slain boy at Metro Headquarters on Monday, June 7, 2021, in Las Vegas. LiamÕs body was found near the Mountain Springs Trailhead off of state Route 160, between Las Vegas and Pahrump.(L.E. Baskow/Las Vegas Review-Journal) @Left_Eye_Images

Samantha Moreno Rodriguez, 35, appeared in court briefly via video conference Wednesday, during which Deputy District Attorney John Giordani said his office would decide within the next month whether to seek the death penalty against her.

Rodriguez told investigators that she became frustrated with her son, Liam Husted, while they were hiking off the highway between Las Vegas and Pahrump, according to newly released grand jury transcripts.

His body was later found May 28 near the Mountain Springs Trailhead.

Rodriguez shoved him, and he fell and hit his head, before he started screaming “louder than she had ever heard him scream before,” Ochsenhirt said.

“She wasn’t so sure how to stop him from crying. The things she had tried in the past to calm him down weren’t working.”

She then strangled him for 10 to 15 minutes, the detective testified.

Rodriguez was indicted last week on a murder charge.

Days before Liam’s death, Rodriguez had gathered up both of their belongings and left their apartment in San Jose, California.

She drove “somewhat aimlessly” to Southern California in search of more affordable housing, the detective said. She had not worked in a couple of years.

The boy’s father, Nicholas Husted, was at their home in California. He testified that he was preparing for an overdue breakup and a custody battle and notified authorities that Rodriguez left with the boy.

Investigators initially referred to Liam as John “Little Zion” Doe as they worked to identify him, fielding hundreds of tips from across the country.

Homicide detectives traced Rodriguez to a hotel in Denver, where she was arrested.

She is scheduled to return to court Aug. 20.