Federal prosecutors insisted in a recent court filing that any future trial against Douglas Haig needs to mention Stephen Paddock, the man who fatally shot 58 people on the Strip.

“There is no evidence in the case more probative than Haig’s ammunition sales to Stephen Paddock,” according to the filing.

Haig, who lives in Arizona, has admitted selling rounds to Paddock. Haig was indicted in Nevada last year on one count of manufacturing and selling ammunition without a license.

The government’s recent assertion was in response to a motion filed last month by Haig’s attorneys, who argued that any mention of Paddock — or the Oct. 1, 2017, massacre — would stir bias in potential jurors and should be omitted from the trial.

In their response, prosecutors argued that the core of their evidence against Haig includes his multiple ammunition sales to Paddock, his statements about those sales, and the firearms evidence investigators recovered from Paddock’s Mandalay Bay hotel suite.

Paddock fired more than 1,000 rounds from the suite into a crowd of country music fans at the Route 91 Harvest festival. The attack killed 58 people and wounded more than 800.

Investigators inside Paddock’s suite found ammunition that Haig sold to Paddock loaded into five of Paddock’s rifles, one of his magazines and inside an Amazon shipping box that listed Haig’s address.

Haig’s attorneys have said that none of those rounds were fired during the attack.

In the government’s filing, prosecutors also argued that Haig’s statements to the media in the aftermath of his arrest “provide critical evidence of his pursuit of ammunition manufacturing as a business, rather than a hobby.”

The government added that it has no intention of presenting general evidence on the Route 91 attack during trial, including evidence related to any shooting victims or the Route 91 crime scene, as well as photos of Paddock.

Prosecutors also said they would not include any photos of Paddock’s suite, or photos of his weapons and ammunition that were not directly connected to the Haig case.

A federal judge has yet to determine whether Paddock, who killed himself after the attack, can be mentioned at trial. 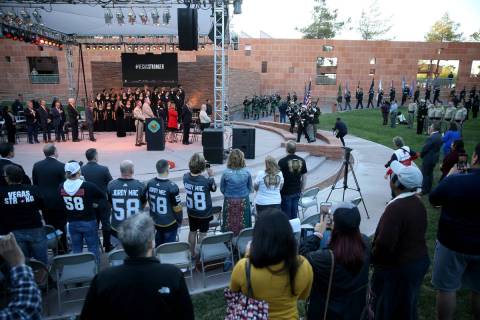 Robert Eglet, a lawyer for the Las Vegas mass shooting victims, has said that they probably would receive funds by the end of 2020. 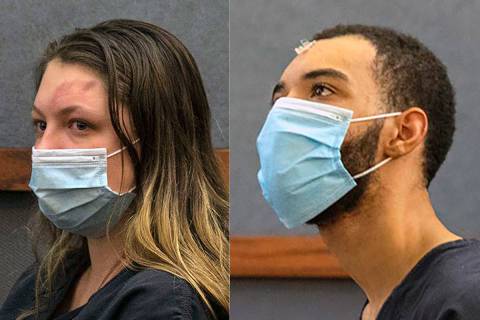 A Las Vegas couple have pleaded guilty for their roles in a high-speed, drunken, cocaine-fueled crash that left their infant son dead.

Attorney Jonathan MacArthur, who has attended numerous protests this year, was arrested Wednesday night during a gathering in honor of Breonna Taylor.