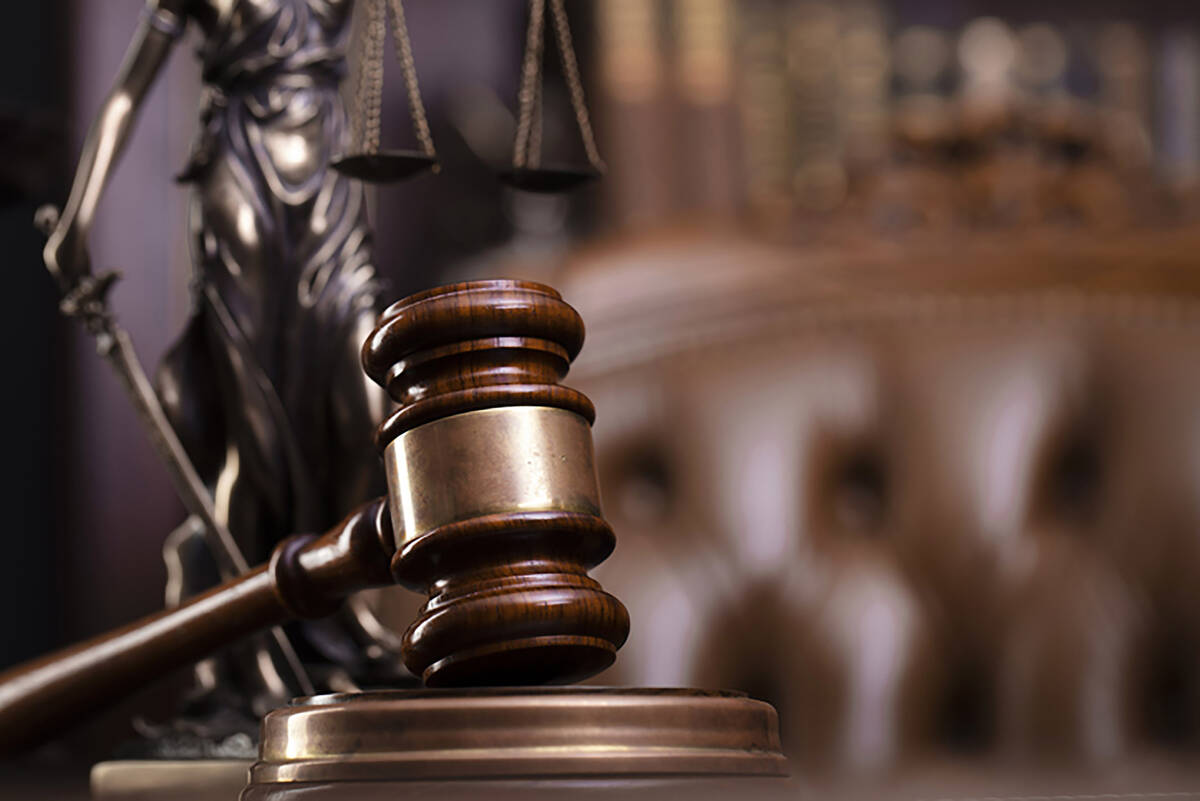 The federal civil rights lawsuit over a former Las Vegas property manager’s attempt to get a female tenant to sign a form requiring her to have sex with him is scheduled to resume in a bench trial in April.

Whether the defendant, , will be represented by a new lawyer is up in the air after his previous attorney’s license to practice was suspended by the Nevada Supreme Court in October for stealing funds from a client.

U.S. District Court Judge Andrew Gordon, in a status conference Wednesday that include Rothstein and attorneys for plaintiff Candy Torres, set the trial for April 12 and 13, plus a status hearing Feb. 22 and a calendar call for April 4, according to federal court meeting minutes.

Rothstein does not intend to represent himself and will seek to obtain a defense counsel, Gordon said.

Torres, a mother of five, filed a lawsuit in Clark County District Court against Rothstein and landlord Kyle Puntney in April 2019, alleging the defendants violated her rights under the federal Fair Housing Act as she attempted to rent an apartment as a Section 8 resident in a building he owned. Rothstein has denied the plaintiff’s claims.

Her lawsuit states that in 2018, she applied to obtain a one-year lease at the Wedgebrook House, in the 11800 block of Wedgebrook Street, with her monthly rent of $1,475 subsidized down to $145 by the federal Housing Assistance Program administered by the Southern Nevada Regional Housing Authority, her lawsuit states.

Rothstein, the filing alleges, made Torres sign two leases in November 2018, deliver $1,822 at his home and “then required Torres to sign a stack of papers to complete her year-long rental of the Wedgebrook House.”

One of the required forms was titled in part “Direct Consent for Sexual Intercourse” and named two additional sexual acts, and Rothstein claimed she had to sign the form or she could not lease an apartment there, according to the lawsuit.

“The title (of the form) alone shocked her,” her lawsuit states. “She protested that this form was too weird to be proper” and she refused to sign it.

The form read that she “hereby and freely gives their total consent to the Initiator/s to engage in sexual activities with the Respondent/s with the understanding that sexual intercourse as defined by the State of Nevada will occur.”

The agreement, under the form, would extend for five years and that she would “freely give implied consent to consecutive or concurrent sexual encounters.”

It required her not to have “a boyfriend/girlfriend/parent who is larger, meaner, or more physically aggressive, owns firearms and/or is more possessive than the Initiators.”

Torres also claimed that after she declined to sign it, Rothstein “engaged in coercion and threats” against her and served eviction notices falsely stating she failed to pay her rent when in fact the defendants would not accept her payments because “Rothstein’s attitude toward me changed after I refused to be with him sexually.”

Rothstein’s case was complicated when his local lawyer, Andrew Wasielewski, was convicted of a reduced charge of misdemeanor disorderly conduct in May and ordered to reimburse more than $16,000 he diverted from a client’s trust account to his own bank account, according to District Court records.

Then in August, Wasielewski was convicted of misdemeanor theft involving a client and compelled to pay $20,000 in restitution.

The state Supreme Court, which rules on complaints against Nevada attorneys, cited both criminal cases in its decision to suspend Wasielewski’s license to practice law.