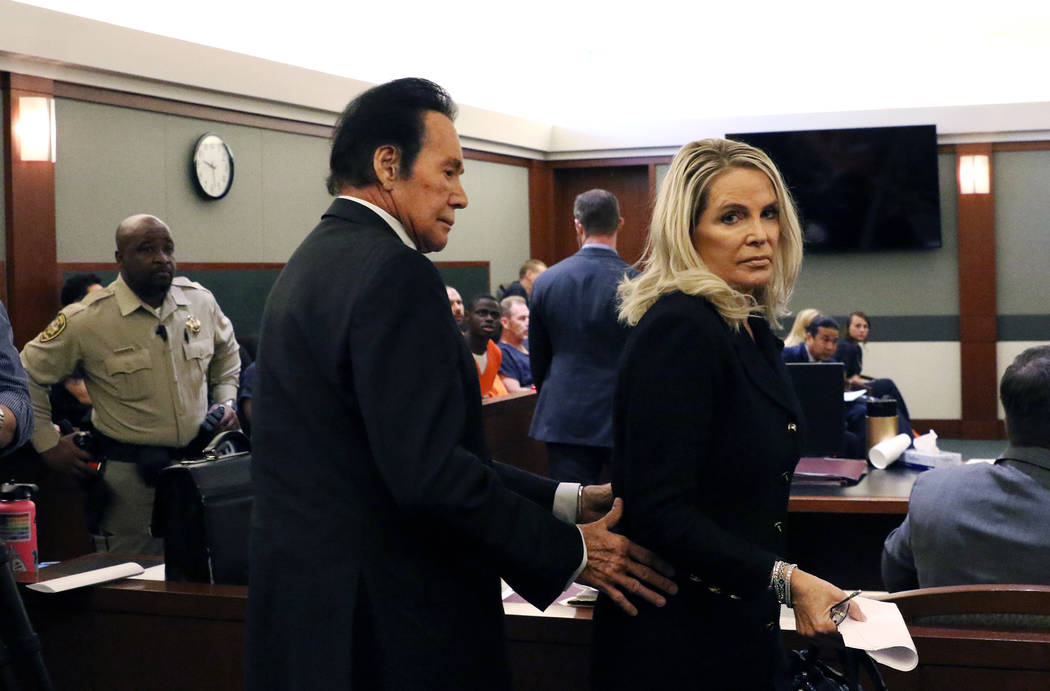 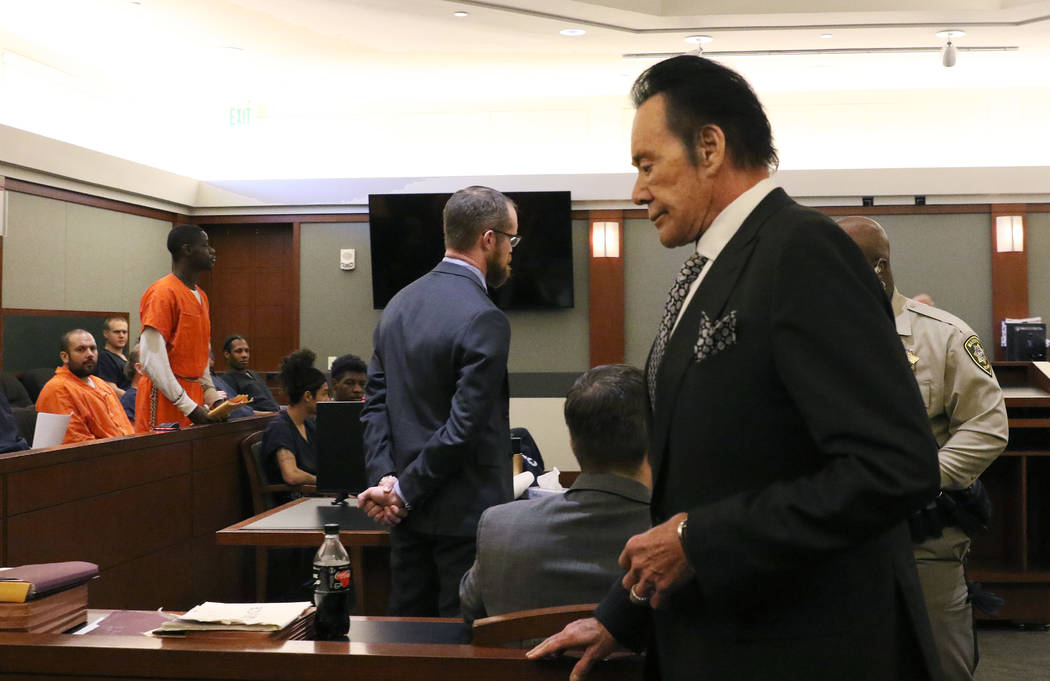 Wayne Newton, right, gets back to his seat after delivering his victim impact statement to the judge during the sentencing of Weslie Martin, standing in the orange jumpsuit, at the Regional Justice Center on Tuesday, Oct. 29, 2019, in Las Vegas. (Bizuayehu Tesfaye/Las Vegas Review-Journal) @bizutesfaye 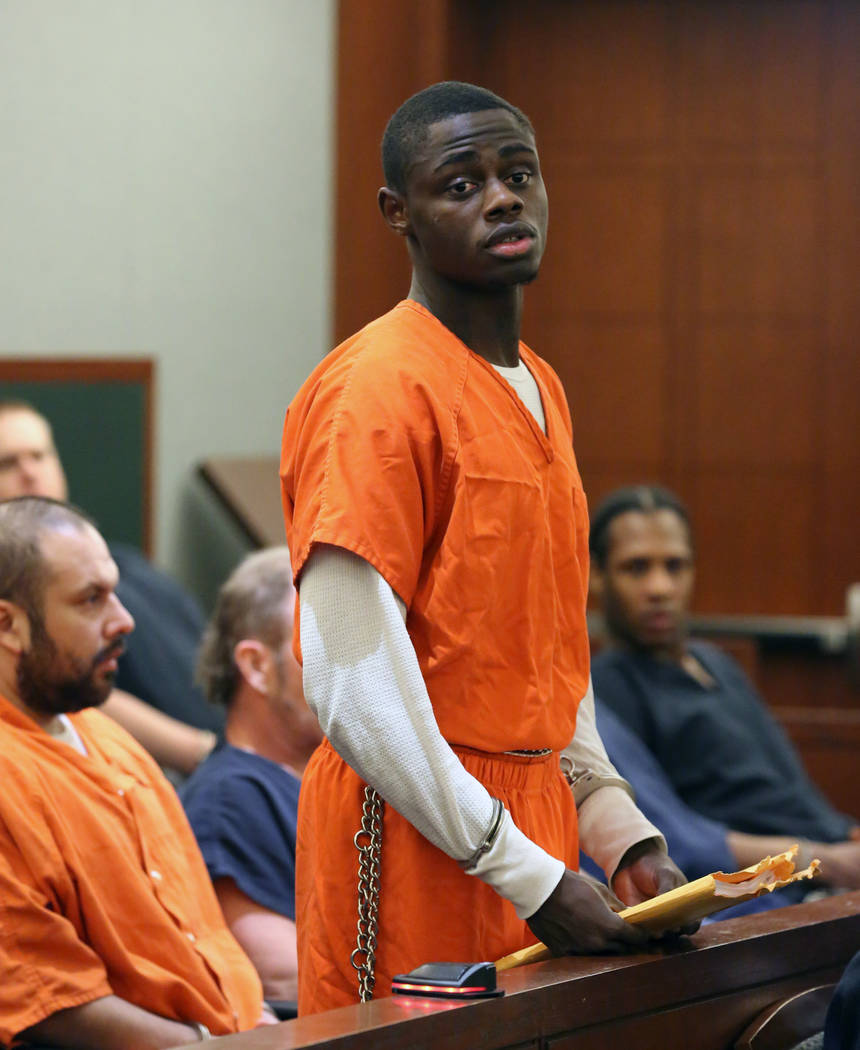 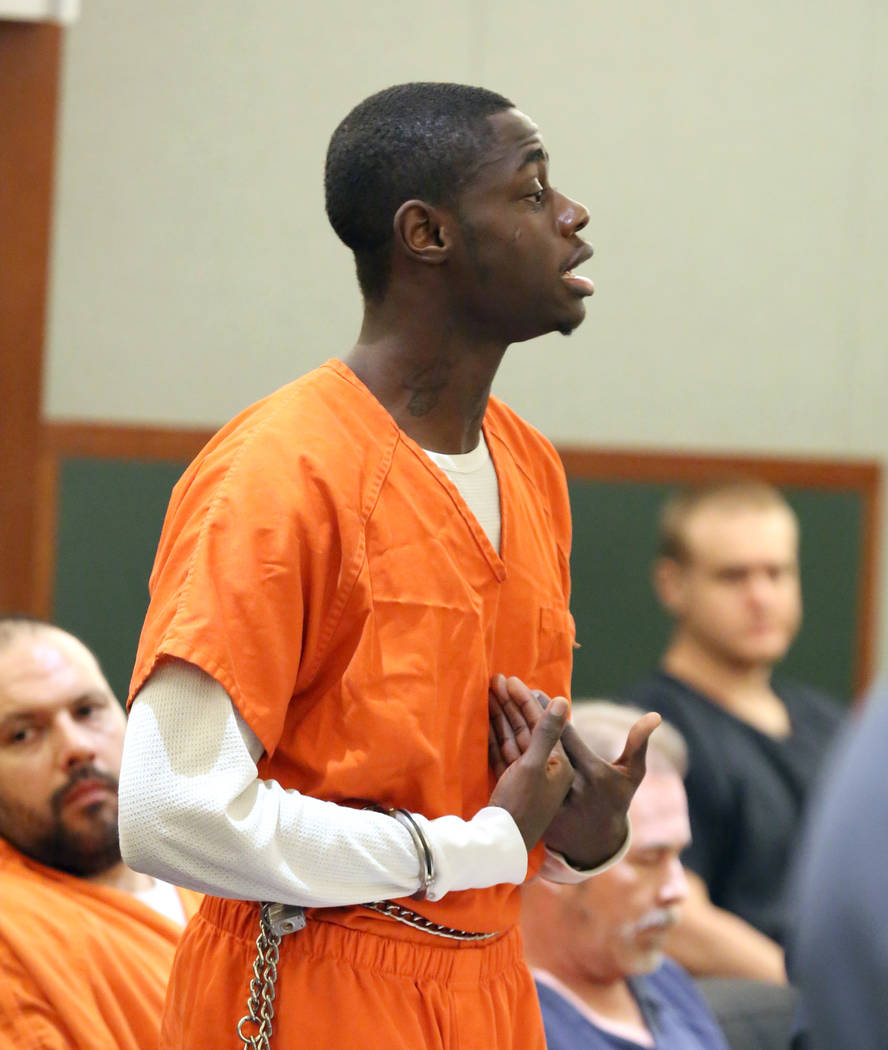 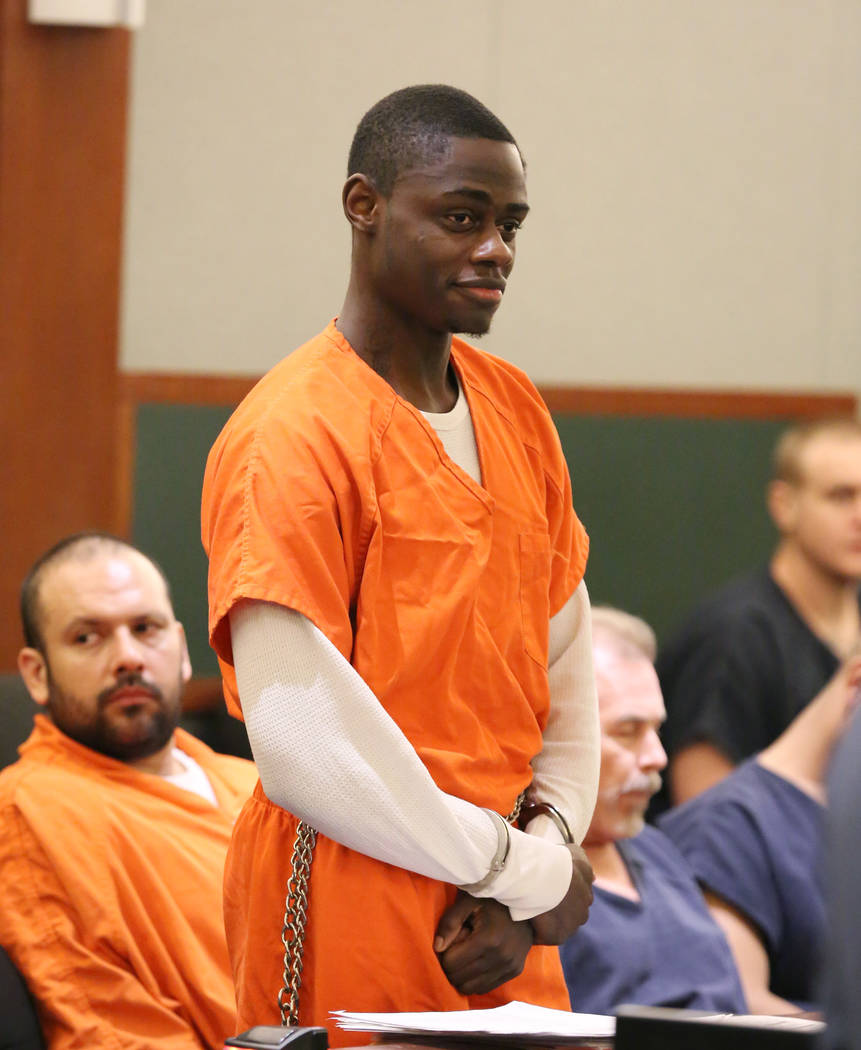 Wayne Newton sleeps with a gun on his nightstand.

As a man who twice burglarized the entertainer’s Las Vegas home was sentenced to a minimum of 22 years behind bars, Newton and his wife told a judge that the crimes had changed their lives.

“It would be impossible for me to articulate what happened to our home, our family and those things we believed in prior to this happening,” he said. “I’m still angry. And I realize there should be some compassion. I have none for this defendant. I do have compassion for his mother, because with the holidays coming up, to think that she gave birth to that has to be something that haunts her for the rest of her life.”

Chief Deputy District Attorney John Giordani called the 22-year-old Weslie Martin a “serial burglar” who has convictions for burglaries dating back to 2015.

Martin was convicted in June of 11 felony counts, including home invasion, in connection with two June 2018 break-ins at Newton’s home near South Lamb Boulevard and Oquendo Road.

On the day of the first burglary, June 3, 2018, security cameras at a neighbor’s home captured images of Martin and another man, who has not been identified, in the backyard. That house wasn’t burglarized, but his attorney acknowledged that Martin was there.

Items from the first burglary were found in Martin’s home, and stolen jewelry was traced to Martin after he sold it at a pawnshop, prosecutors said. Items stolen during the second burglary have not been recovered.

The Newtons came home during the second burglary on June 13, 2018, startling the two men who were inside.

“This crime, I think, should be treated just as seriously as a violent offense,” the prosecutor said. “A residential burglary completely destroys the sanctity of the victims’ home.”

At trial, Newton testified that two of the family’s dogs, Rhodesian Ridgebacks, attacked the fleeing burglars after one of them threatened his wife with a crowbar. Both dogs were injured, he said, and one had its teeth knocked out.

Newton drew a handgun and fired a shot into the air as the men fled, but no one was injured. After Tuesday’s hearing, Newton told a reporter he now sleeps with a weapon at his side because of the burglaries.

Martin, represented at trial by a public defender, acted as his own attorney for the sentencing hearing and repeatedly denied that he had committed the crimes.

District Judge Michael Villani decided that Martin should serve a maximum of 64 years in prison.

Newton’s wife, Kathleen, told Villani that the couple’s teenage daughter, Lauren, continues to suffer from nightmares about the burglaries.

“My family’s lives will never be the same because of the criminal actions of this defendant,” she said. “Fear is a terrible way to live.”