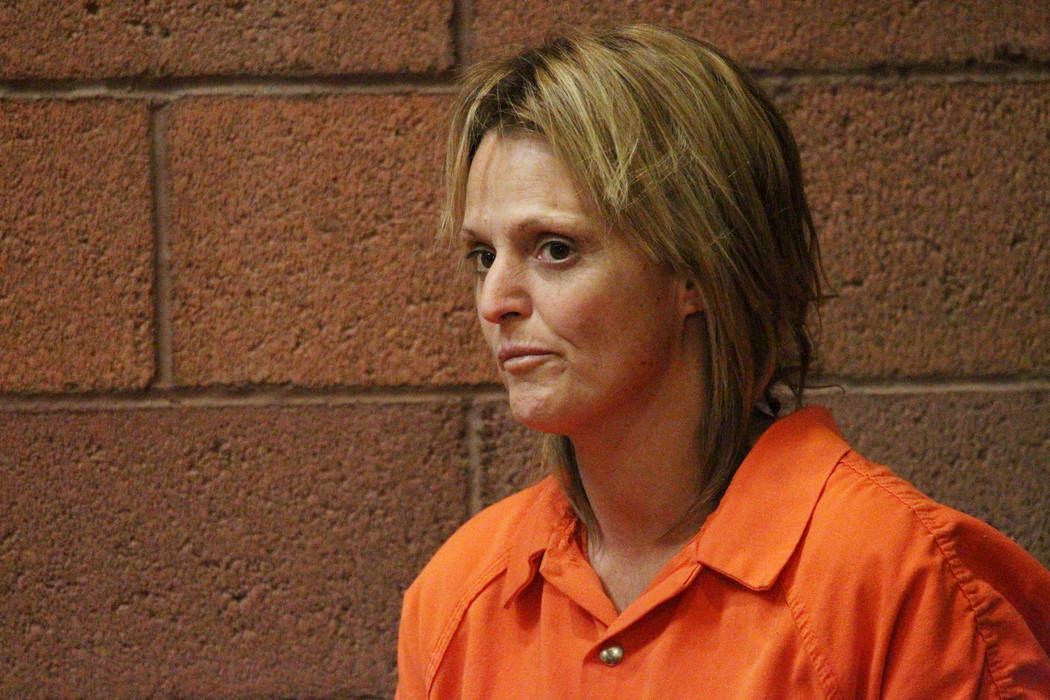 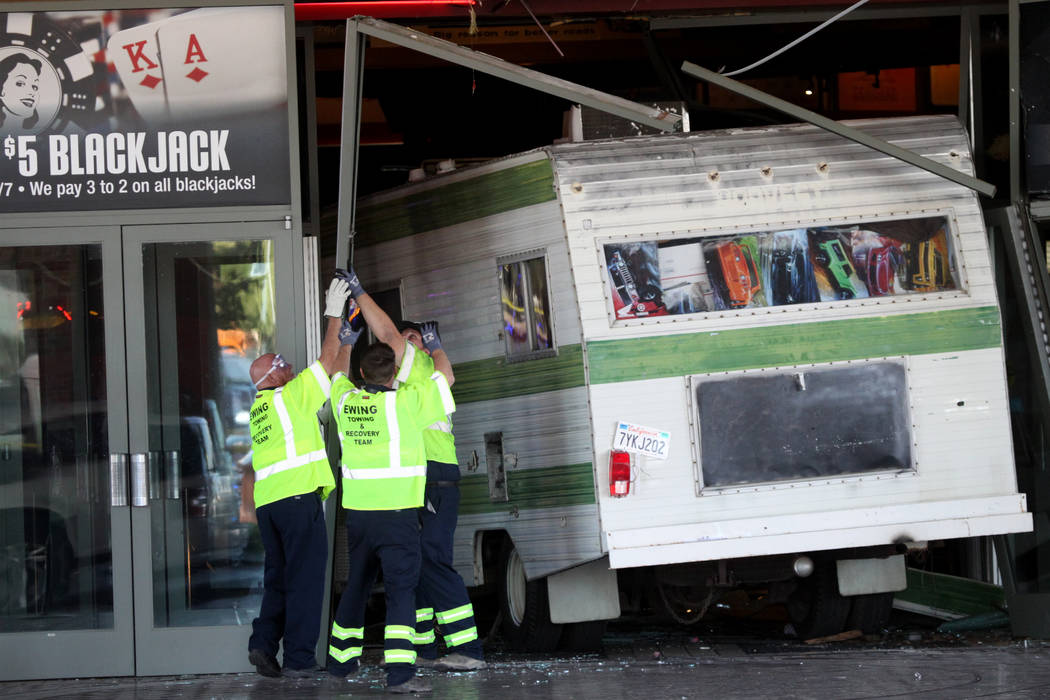 Police said a woman who was kicked out of the Cannery crashed an RV into the entrance of the North Las Vegas casino on Friday morning, Oct. 25, 2019. (Erik Verduzco/Las Vegas Review-Journal) @Erik_Verduzco 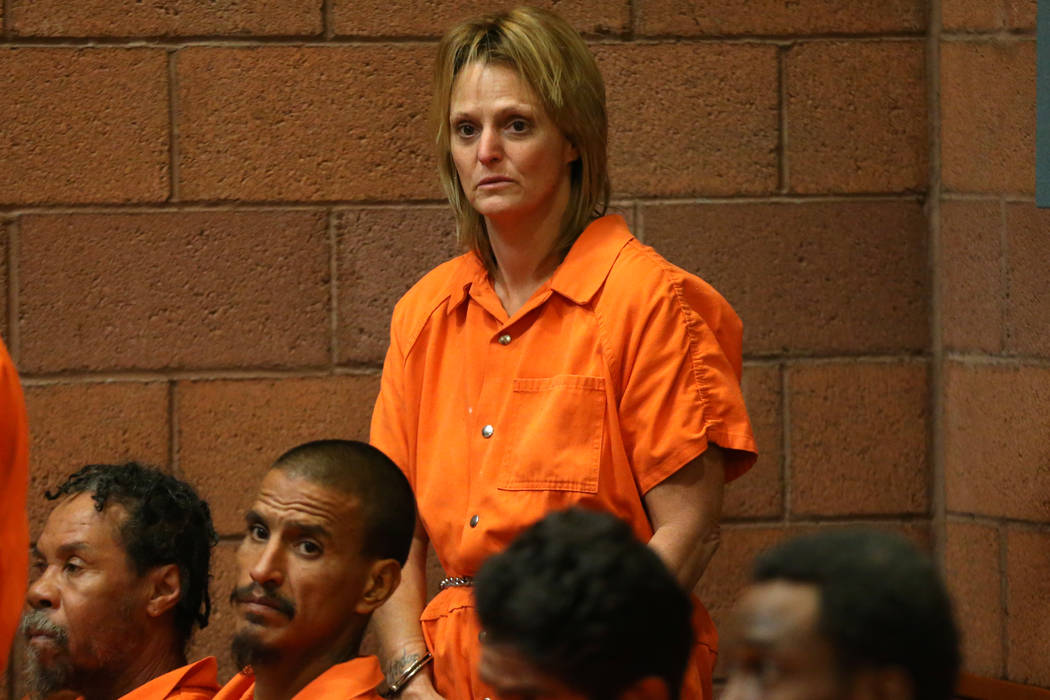 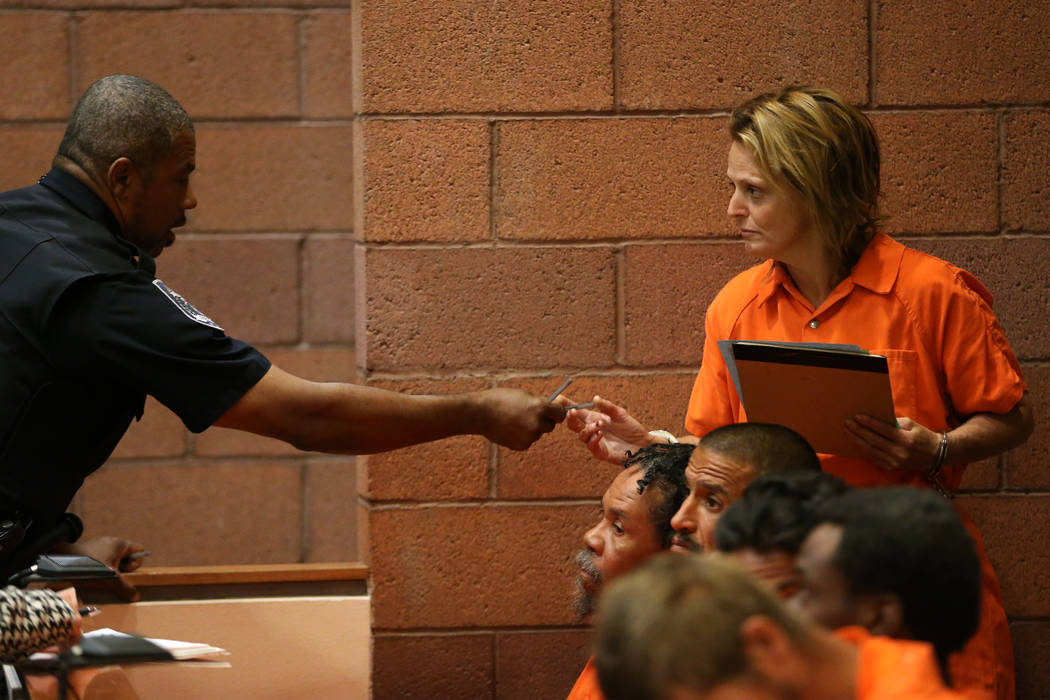 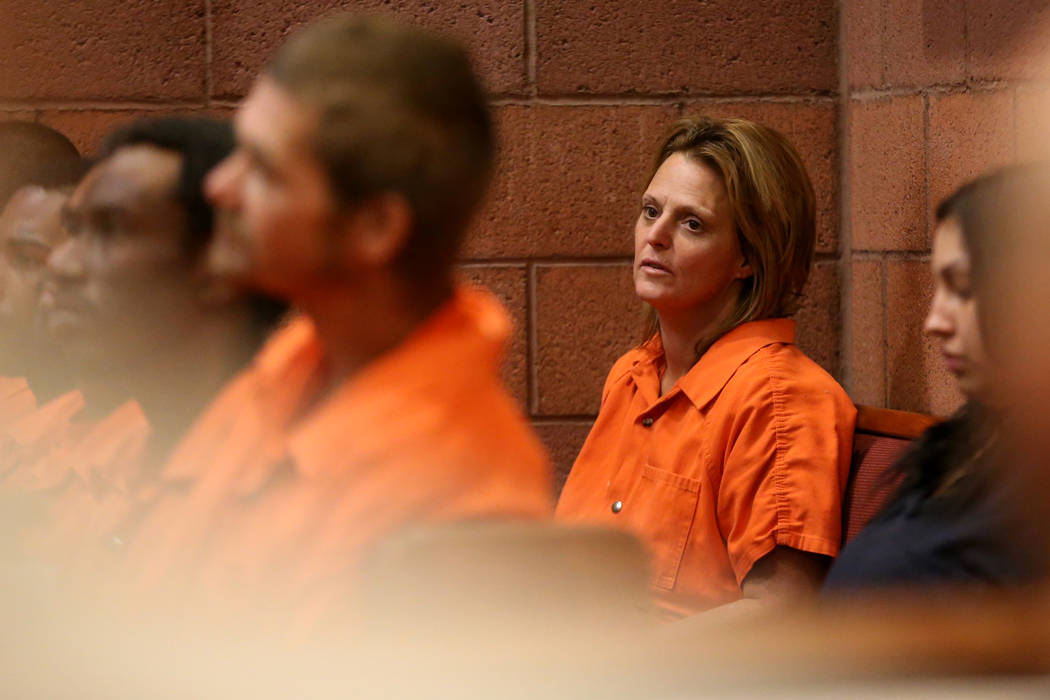 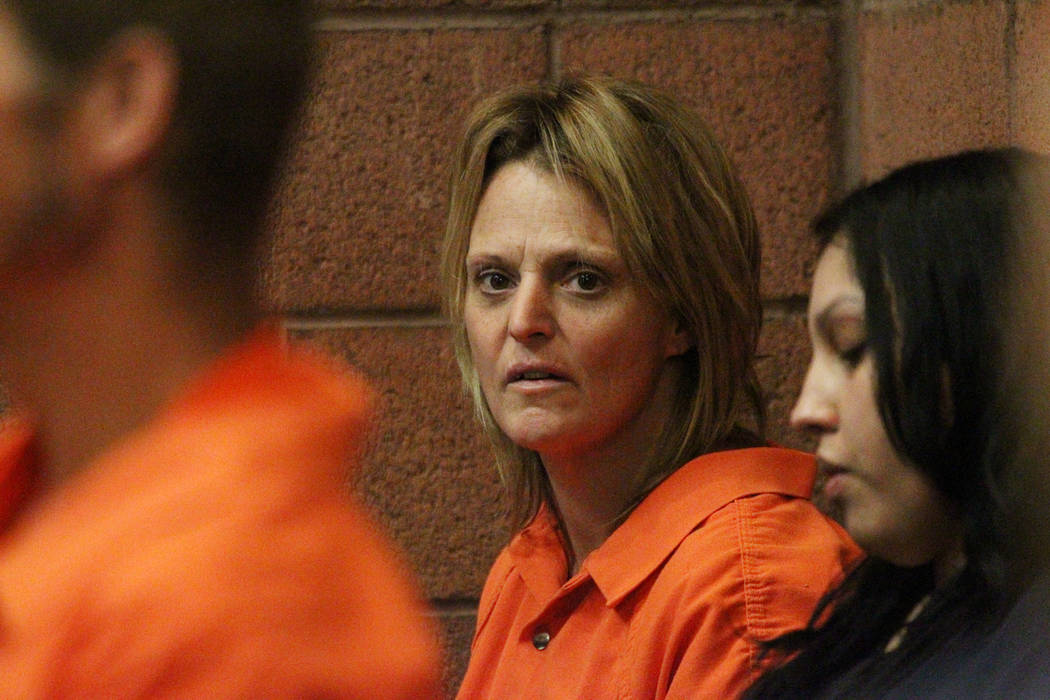 A woman accused of driving an RV into the front entrance of the Cannery last week, seriously injuring a 66-year-old custodian, was upset at the casino because she’d been kicked out the day before and believed she was owed money, according to a police report.

Jennifer Stitt, 50, told two North Las Vegas police officers shortly after she was taken into custody at the casino that she was owed money, police said.

“The driver of the motorhome, later identified as Jennifer Stitt, made a spontaneous utterance that the Cannery owed her money and she did this (crashed into the casino) because she was trespassed from the property yesterday,” a North Las Vegas officer wrote in an arrest report.

Stitt appeared briefly in court Wednesday morning to face attempted murder and battery with use of a deadly weapon charges. North Las Vegas Justice of the Peace Kalani Hoo scheduled a preliminary hearing for Nov. 13 and appointed a public defender to represent Stitt.

When Hoo asked the woman if she understood the charges against her, she replied, “Yes, your honor.”

Stitt is currently being held at the Las Vegas Detention Center. A police report describes her address as “transient”

The arrest report filed by a North Las Vegas officer states that the surveillance video captured the RV crashing into the front of the casino early Friday and striking the Cannery employee.

The report states that at 5:05 a.m. Stitt’s recreational vehicle is seen exiting the Cannery parking lot on the north side onto Craig Road and then re-entering about seven minutes later. The driver then traveled east through the valet area and then “abruptly turn(ed) toward the casino entrance.”

“(The victim) was visibly struck and trying to escape from the pressure between the motorhome and the glass,” the officer wrote.

The officer wrote the recreational vehicle then continued to lurch forward about another 10 feet.

“At this point (the victim) disappears under the motorhome before the Cannery security is seen attempting to pull him to safety,” the officer wrote.

The officer said the video then showed Stitt exiting the vehicle and laying face-down on the floorwhile Cannery security officers took her.

North Las Vegas police spokesman Eric Leavitt said shortly after the incident that if the vehicle had gone a little farther into the casino, “It would have been into the table games.”

The entrance of the casino was heavily damaged.

The victim’s name has not been released and his condition was not known Tuesday.