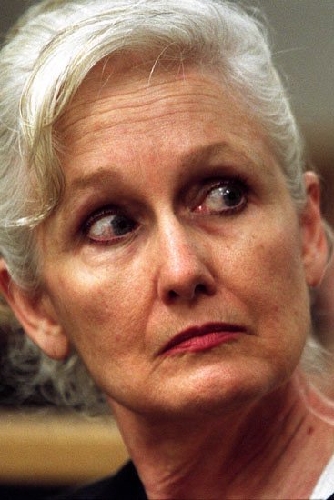 A woman convicted of killing her millionaire husband in one of Las Vegas’ most celebrated trials once again has been turned down in her quest for a new trial.

U.S. District Judge Roger L. Hunt on Wednesday dismissed Margaret Rudin’s habeas corpus petition on the grounds it was not filed in a timely manner. She lost a previous appeal to the Nevada Supreme Court in 2010. She now can appeal to the 9th U.S. Circuit Court of Appeals.

Rudin, 68, is serving a 20-year-to-life sentence in the women’s prison in North Las Vegas for killing her fifth husband, Ron Rudin, in 1994. He was shot in the head while he slept. In his will, he left instructions that extra steps should be taken to investigate the cause of his death if he died in a violent manner.

In 2001, a Clark County jury convicted Rudin, who has maintained her innocence. In 2008, county District Judge Sally Loehrer ordered a new trial on the grounds she was denied effective counsel by her lawyer, Michael Amador, but the state Supreme Court overturned that ruling.

Ron Rudin, a real estate developer, left an estate worth $11 million, which Margaret Rudin was in line to inherit.

She fled Las Vegas after she was suspected of killing her husband but was caught in Massachusetts in 1999. Her trial was telecast on Court TV, and she was the subject of a book. Over the years, she has called reporters to declare her innocence.