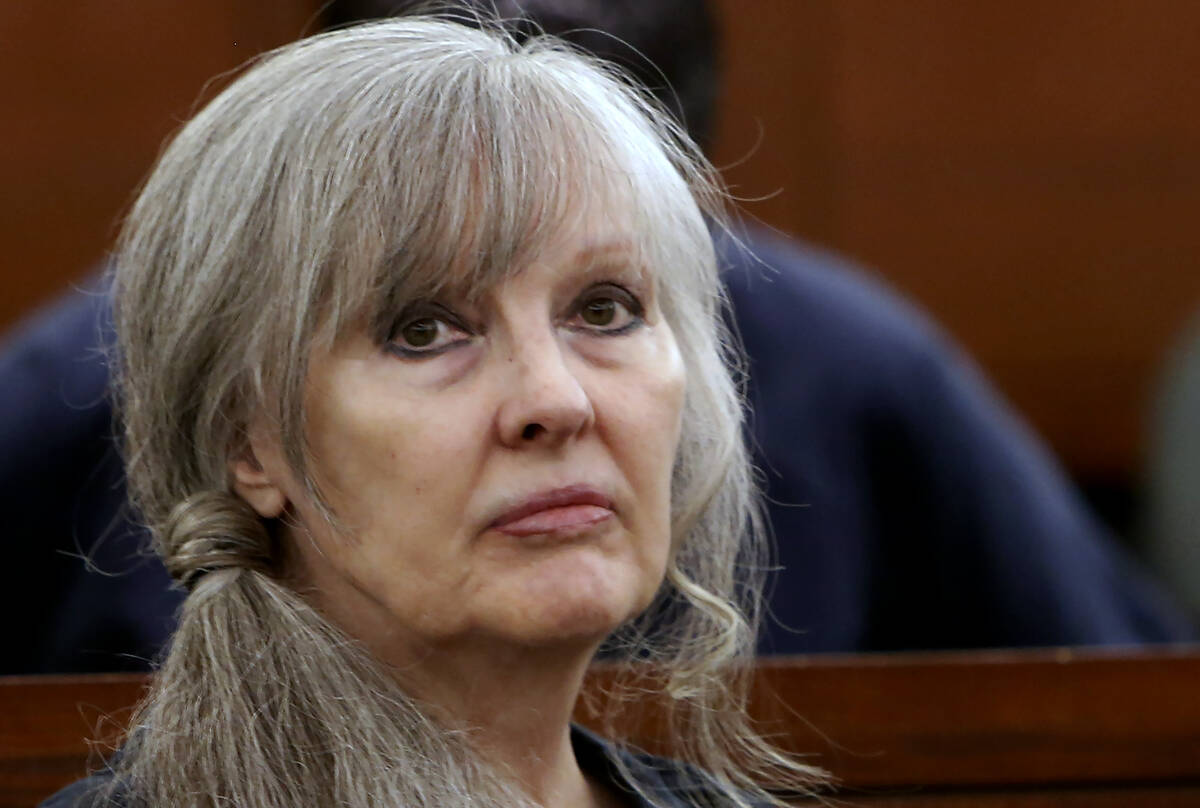 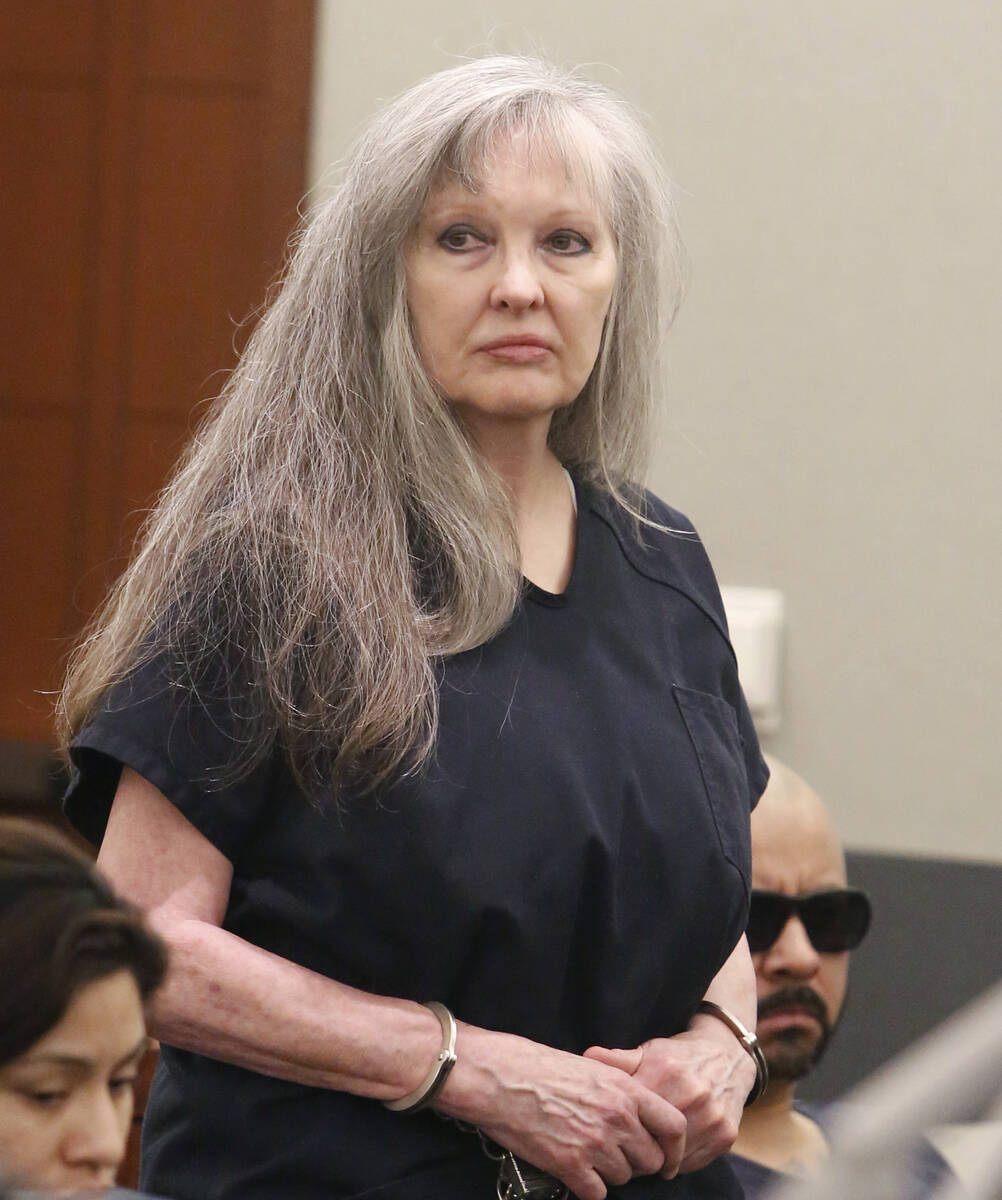 Linda Cooney appears in court at the Regional Justice Center on May 31, 2017, in Las Vegas. She recently pleaded guilty in a 2011 shooting that left her son paralyzed. (Bizuayehu Tesfaye/Las Vegas Review-Journal) @bizutesfaye

A judge ordered the release of a 74-year-old woman this month after she pleaded guilty in a 2011 shooting that left her son paralyzed.

The Nevada Supreme Court in 2017 reversed Linda Cooney’s attempted murder conviction for the June 28, 2011, shooting that injured her son, Kevin. The high court found that jurors should not have been allowed to hear evidence that Cooney’s son was shot in the neck with the same gun she used to kill her husband decades before.

On March 11, three days before another trial in the case was set to begin, Linda Cooney pleaded guilty to a felony count of battery with a deadly weapon and a misdemeanor count of battery constituting domestic violence, court records show.

District Judge Ronald Israel ordered Cooney released from custody on her own recognizance after she was given credit for time served for the misdemeanor count, court records show. She is set to be sentenced for the felony battery charge on June 6.

“On the advice of counsel, Ms. Cooney entered into a negotiation pursuant to the Alford decision wherein she maintains her innocence to the allegations she faced,” Cooney’s defense attorney, Michael Castillo, said in an emailed statement.

An Alford plea is a type of guilty plea that allowed Cooney to admit only that prosecutors had enough evidence to prove her guilt. In the second trial, she would have faced charges of stalking, battery, and bribing or intimidating a witness to influence testimony, court records show.

A jury convicted Cooney in 2014 of attempted murder and other charges, and she was sentenced to 13 to 41 years in prison.

The state’s high court found that jurors should not have been told that Kevin Cooney was shot with the same .357 Magnum revolver used to kill Jim Cooney in 1992. Linda Cooney was acquitted in her husband’s death after a Florida jury found that she acted in self-defense.

Prosecutors have said Linda Cooney shot her son because she did not want to lose him to his relationship with his then-girlfriend, whom Linda Cooney also was accused of stalking. During her 2014 trial, Kevin Cooney testified that he attacked his mother after she meddled in his girlfriend’s affairs. He said that in a struggle, he pulled the gun from her hands, then lifted it above his head.

The 6-foot-9-inch former bouncer testified that he was pointing the gun at himself at a downward angle when it discharged. But multiple witnesses in the case, including nurses and an ex-girlfriend, have said Kevin Cooney told them his mother fired the gun.

Linda Cooney has said that her son’s injury was his own doing. Her other son, Metropolitan Police Department officer Christopher Cooney, also testified during the trial that the blame for the shooting fell on his brother.

Christopher Cooney was the subject of an internal Metro investigation last year after he posted a photo on Facebook of himself with a crowd of President Donald Trump loyalists the day of the Jan. 6, 2021, Capitol riot. The department previously has declined to release the results of or further details regarding the investigation.