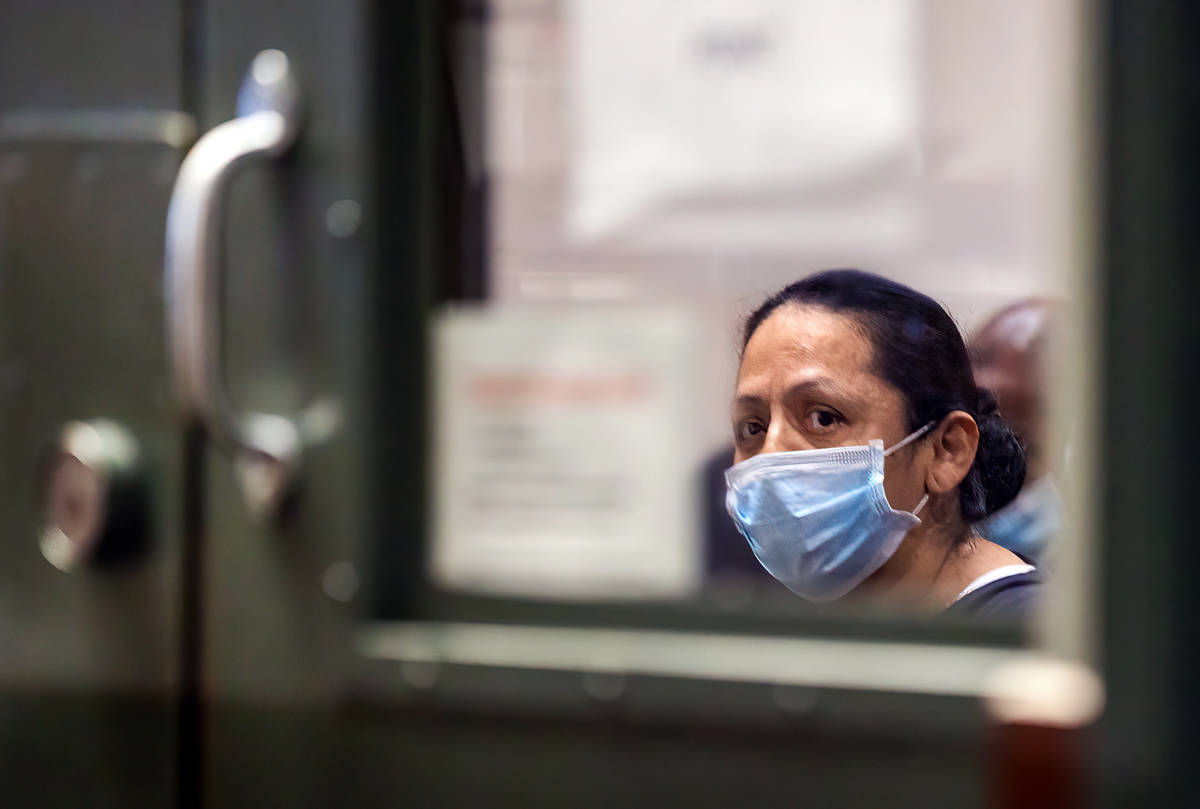 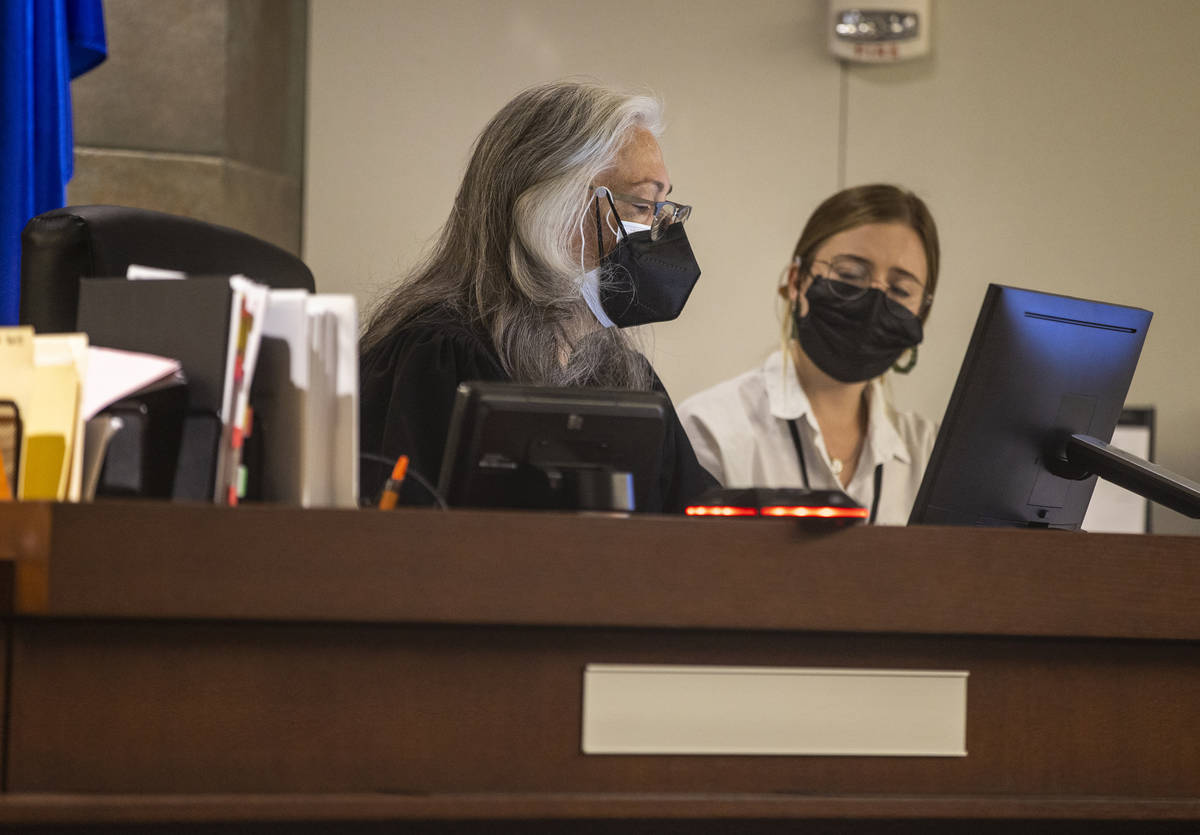 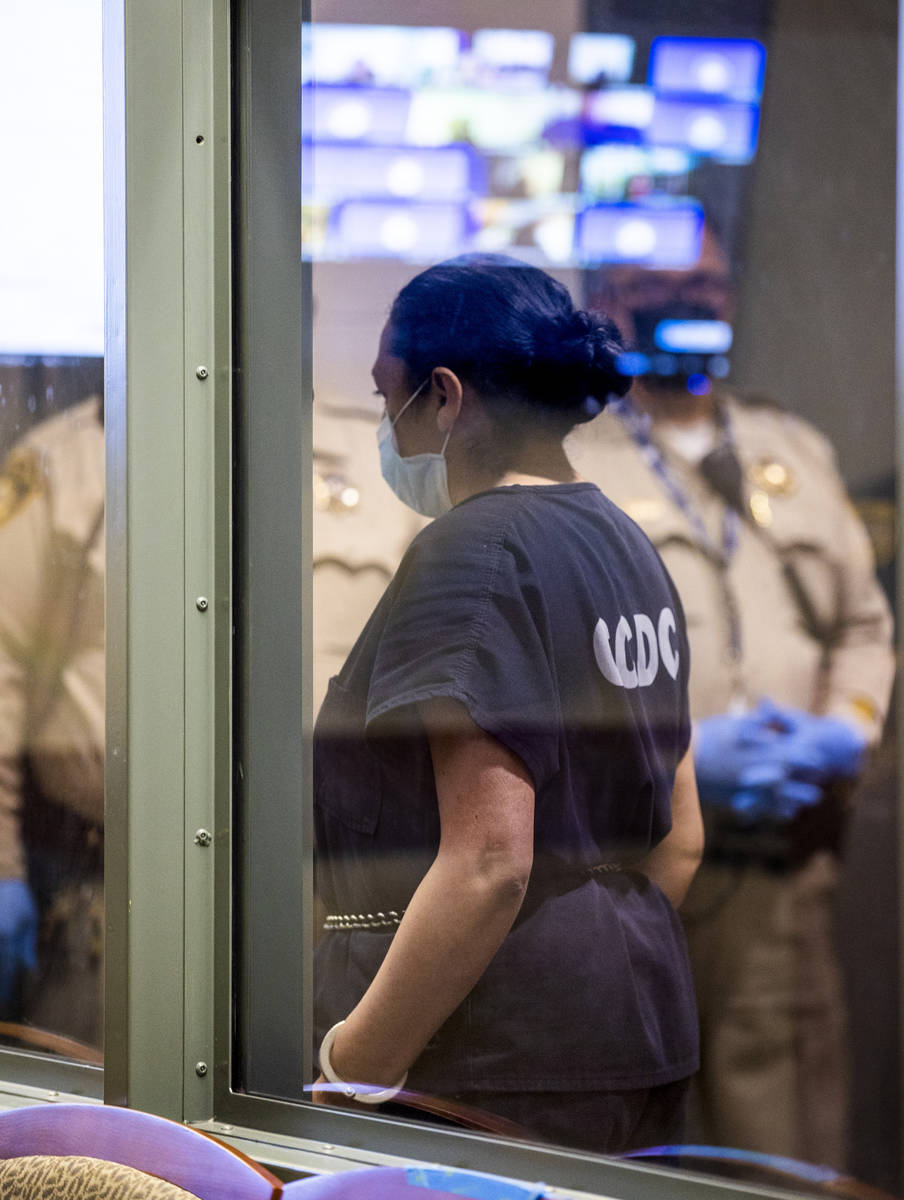 Rita Colon, who has two murder cases in District Court, stands for a competency hearing on under Judge Christy Craig at the Regional Justice Center on Friday, Aug. 20, 2021, in Las Vegas. (L.E. Baskow/Las Vegas Review-Journal) @Left_Eye_Images

A woman accused of killing her husband in 2005 and a former UNLV professor in 2016 was found incompetent to stand trial on Friday.

Colon faces separate murder charges in the deaths of the two men more than a decade apart. She was extradited from Peru nearly two years ago, where she fled after the death of 77-year-old former UNLV professor Leroy Pelton. Police have said Colon, a former student, was Pelton’s girlfriend at the time.

Pelton had been dead for about a month when his body was found inside his Henderson home in December 2016. He had been stabbed in the abdomen and 11 times in the neck, according to grand jury transcripts.

Colon tried to access more than $1 million in Pelton’s retirement fund before suddenly moving to Peru with her mother and young daughter, according to testimony presented to the grand jury. She also attempted to hire a friend to kill Pelton, transcripts indicate.

Colon was arrested in Peru in December 2017. After learning of her arrest, her former brother-in-law, Luis Colon, contacted Las Vegas investigators concerning the death of his brother, Edwin, who died in February 2005 from a stab wound to the neck.

Edwin Colon’s family never believed he killed himself, even after his death was ruled a suicide, Luis Colon previously told the Review-Journal.

In 2005, Rita Colon told investigators that her husband, whom she had been married to for less than a year, stabbed himself in the neck during an argument. But North Las Vegas detectives who re-examined the case in 2019 came to believe it was a homicide, court records show.

The night he died, Edwin Colon told his friend that his wife wouldn’t let him leave the house. His body was found wearing a heavy coat, as if he was preparing to depart, detectives testified to a grand jury. Investigators also said it was “unreasonable” for the angle of the knife to be a self-inflicted stab wound and indicated they had found evidence of a struggle in the kitchen.

The Clark County coroner’s office changed Edwin Colon’s manner of death from suicide to “undetermined,” and in August 2019 Rita Colon was charged with her former husband’s murder.

Prosecutors have agreed to not seek the death penalty as a condition of Rita Colon’s extradition, Clark County District Attorney Steve Wolfson has said.

In November 2019, she pleaded not guilty to murder in Edwin’s Colon death. She was later indicted for murder with a deadly weapon in both cases.

She remained in the Clark County Detention Center on Friday without bail.