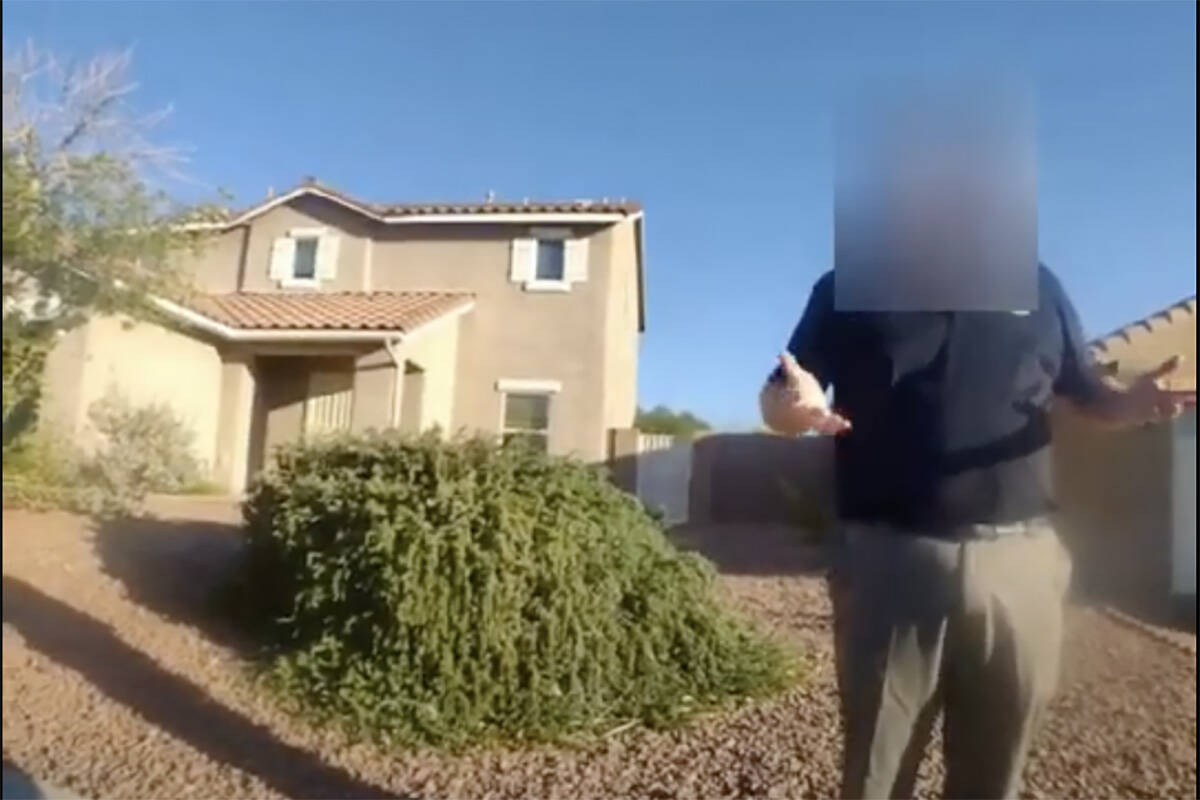 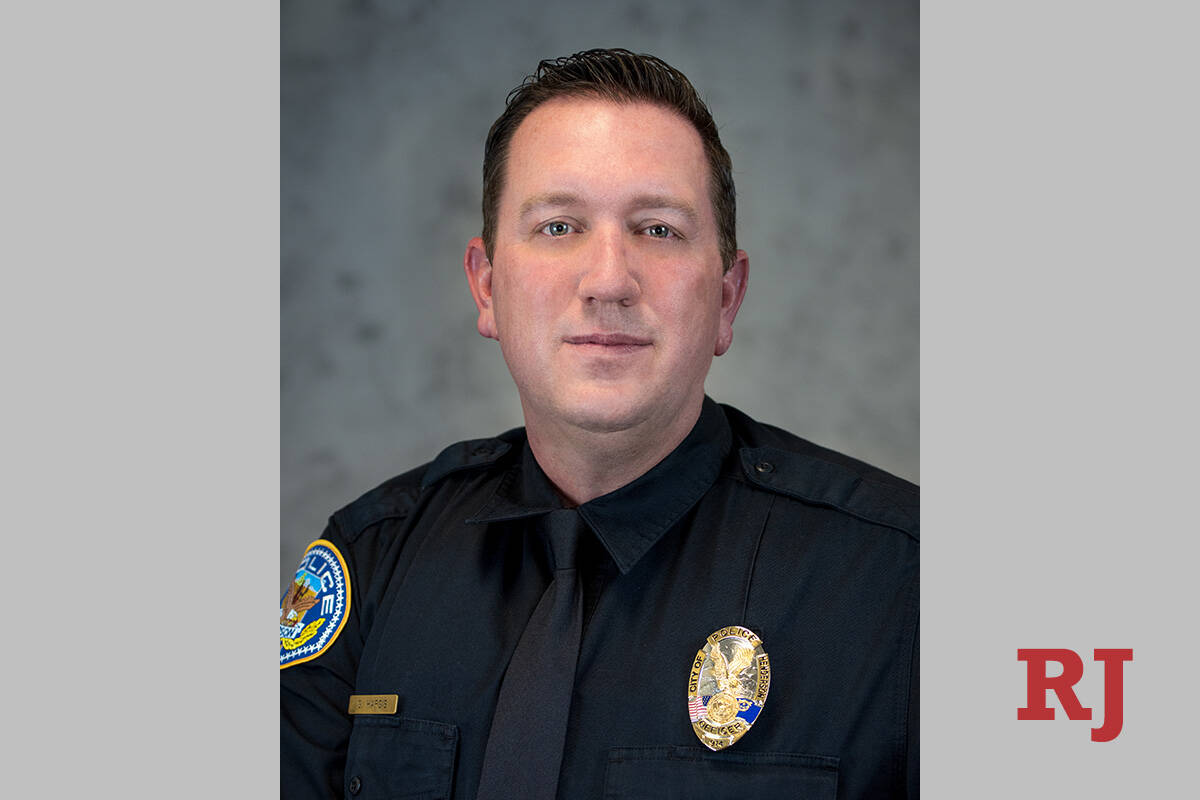 Hargis, 47, was suspended from his job as a Henderson police officer as the department investigated whether he struck a motorcyclist while driving a Jeep Grand Cherokee on Oct. 13 just after midnight near the intersection of Greenway Road and Van Wagenen Street.

The motorcyclist, 18-year-old Kevin Dammers, said he suffered an ankle injury in the crash.

“No medical records were submitted supporting bodily injury,” Lalli wrote in an email to the Las Vegas Review-Journal. “Photos were provided, but they do not prove beyond a reasonable doubt that the victim suffered bodily injury.”

Lalli said the case was referred to the Henderson city attorney’s office to consider misdemeanor charges of hit-and-run, failure to maintain lane or improper turn, and failure to give information to other parties of an accident.

Police body camera footage released this week shows officers rapping on Hargis’ front door within hours of the crash. One officer dials Hargis’ cellphone and home phone number but is unable to reach him.

Officers finally made contact with Hargis around 8 a.m., according to reports and body camera footage. In one video, Hargis is read his Miranda rights. He tells police that he is shaking and “freaked out.”

He tells officers that he went to bed at 10:30 the night before. Documents show that he was captured on video about 15 minutes before the crash at the union office.

In footage from another investigator’s body camera, the officer questions why a police captain is present during Hargis’ police interview. He comments that the captain does not normally sit in on interviews.

“Why are we treating this different?” he asks. “If we’re going to handle this, let’s handle this how we should handle this, and the captain should be removed from interviews.”

Hargis was a Henderson traffic officer in 2007, according to a Review-Journal photo caption at the time. The traffic unit conducted the hit-and-run investigation, records show.

During the interview with police, Hargis can be heard saying that his attorney is on his way but that he is willing to cooperate. Images in the video are obscured in the copy released to the Review-Journal. When asked why he is bleeding from his head, Hargis said he was injured chopping wood more than a week prior.

Henderson police served a warrant on Hargis’ phone and found internet searches for “concussion eyes” and “concussion eyes dilated.” On Nov. 1, the department requested that an arrest warrant be issued for Hargis on charges that included the felony hit-and-run.

Hargis has declined to comment on the case. He was suspended from his police duties in October but remained president of the Henderson Police Officers’ Association until last week, when he lost his re-election to officer Shawn Thibeault.

Hargis has worked for the city since August 2000, Richards said. Hargis also was president of the Nevada Association of Public Safety Officers, according to Review-Journal archives from 2009.