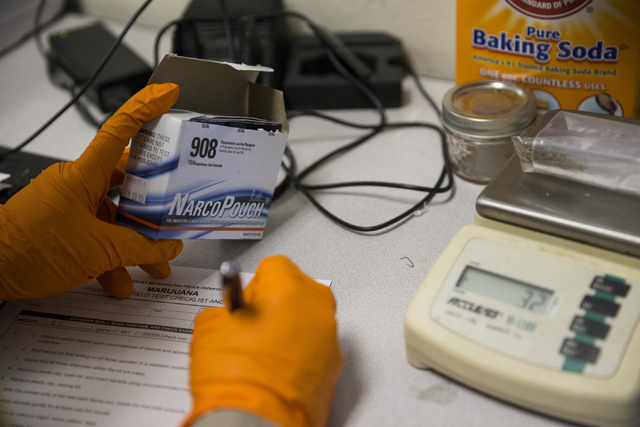 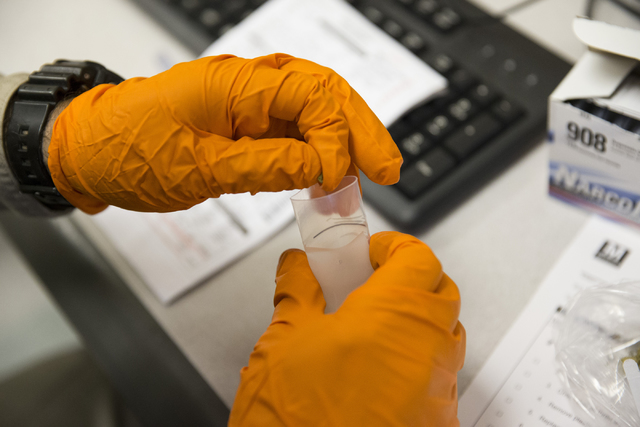 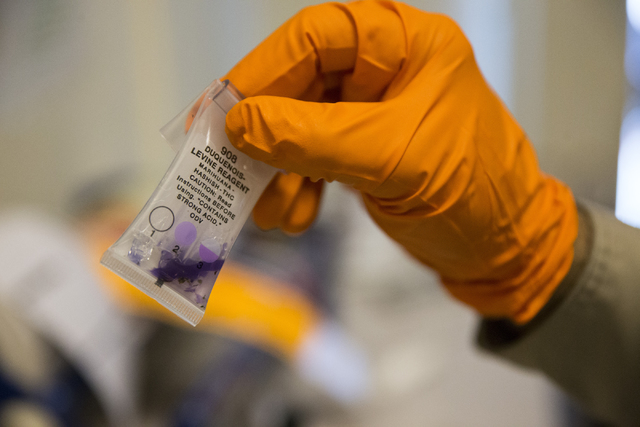 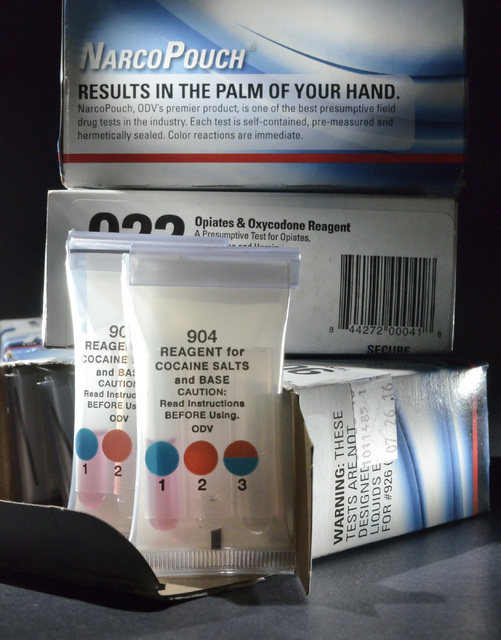 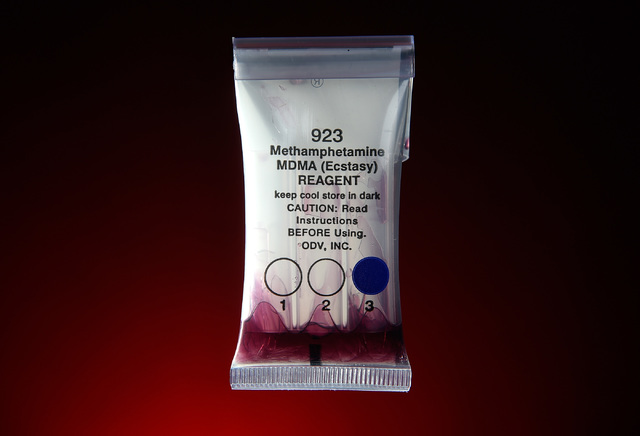 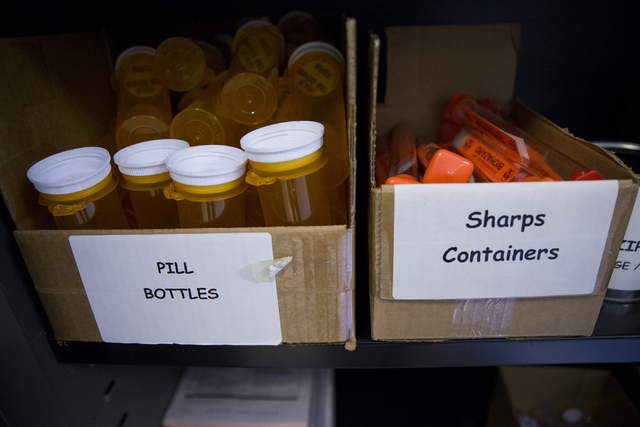 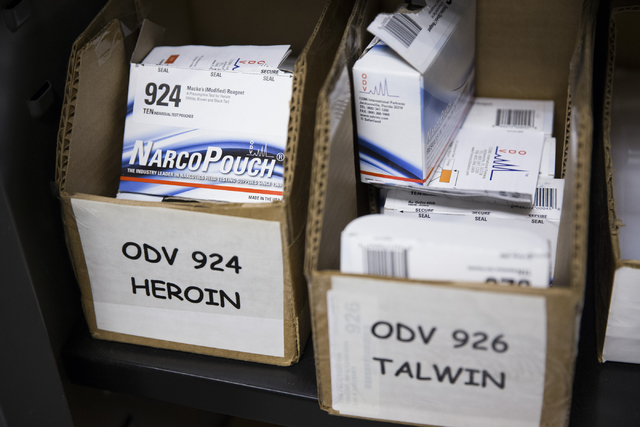 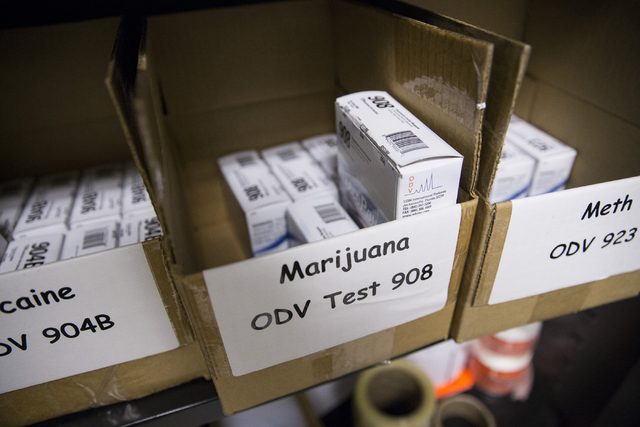 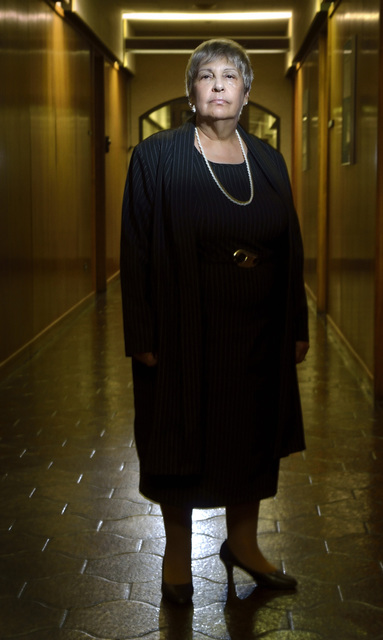 The committee, set up by the Nevada Attorneys for Criminal Justice, will look at the use of what are known as chemical field tests, inexpensive kits used by police and prosecutors to make drug arrests and gain guilty pleas. Officers typically drop suspicious materials into a chemical pouch and look for telltale shifts in color ostensibly meant to indicate the possible presence of illegal drugs. The tests are often the only evidence used to win convictions.

A ProPublica investigation co-published with the Las Vegas Review-Journal last week reported how such convictions were still being achieved – all of them endorsed by judges – years after police and prosecutors had determined the tests to be unreliable. The Las Vegas Metropolitan Police Department crime lab had submitted a formal report detailing the shortcomings of the tests to federal authorities in 2014, and yet to this day the lab still endorses the use of the tests in criminal prosecutions.

Laurie Diefenbach, a veteran defense lawyer and member of the committee, said the group is studying several options for taking on the routine use of the tests. She said one option would be to file a broad motion asking the Las Vegas Justice Court to reconsider the admissibility of the tests at preliminary hearings. The vast majority of drug convictions come by guilty plea shortly after cases are filed.

The tests are not admissible as evidence at trial in Las Vegas. Filing the broad motion in some ways would be symbolic, for individual judges would still have to make their own judgments on whether to permit field tests to be used in the plea process.

And so Diefenbach said defense lawyers were also weighing whether to routinely challenge the use of the tests at individual hearings, in the hopes of compelling prosecutors to have the preliminary tests confirmed by the crime lab. At minimum, defense attorneys might request that drug evidence be preserved so that it can be analyzed even after conviction.

The manufacturer of the kits used in Las Vegas, the Safariland Group, told ProPublica last month that its kits ought never be used alone as evidence to convict defendants. Diefenbach said the committee, as a result, was considering asking the judges of the Justice Court to convene a presentation during which the manufacturer could explain the limitations of the kits.

The Clark County District Attorney’s office has so far refused to have its officials be interviewed about the use of field tests.

Judge Joe Bonaventure, chief of the justice courts, told ProPublica last month that neither he nor the other judges had been informed by police or prosecutors about the unreliability of the tests. Indeed, the judges over the years had allowed prosecutors and police officials to make special presentations at which they attested to the accuracy and usefulness of the tests.

In an interview this week, Bonaventure repeated his assurance that defense lawyers were free to challenge the tests in court. He said it will be up to individual judges to decide whether to hold evidentiary hearings, though. Bonaventure warned that slowing down the criminal proceedings could have consequences for defendants.

“If the defense now does want to challenge the reliability in a specific case,” he said, “it really might extend people’s time in custody.”

Diefenbach also said defense lawyers might question police officers at preliminary hearings about the possibility of contamination in the conducting and handling of the tests. In its report to the U.S. Department of Justice in 2014, the police lab noted that problems with officers conducting the tests could leave prosecutors vulnerable to claims of contamination.

The tests are cheap — $2 apiece or less — and they are enormously convenient for police.

Over the years, numerous studies have concluded that they are legitimate tools to establish probable cause to make an arrest. But those studies have always emphasized the limits of the tests. For instance, they ought never be seen as definitive evidence of illegal drugs. Federal guidelines say all drugs in criminal cases must be identified by a qualified lab.

The Las Vegas police made some 13,000 arrests involving cocaine, methamphetamine or marijuana offenses from 2013 through 2015. More than 10,000 convictions resulted from these drug arrests and 99 percent of them were achieved through guilty pleas, court data show. The records establish that some 70 percent of the pleas came at the earliest possible moment, during preliminary hearings and before any lab retesting.

In response to the story, Metro said that decisions on how field test results are used in criminal cases are made by prosecutors, not the crime lab or police officers. Audrie Locke, a spokeswoman for the district attorney’s office, affirmed that it read the story on field tests, but otherwise declined to discuss the matter.