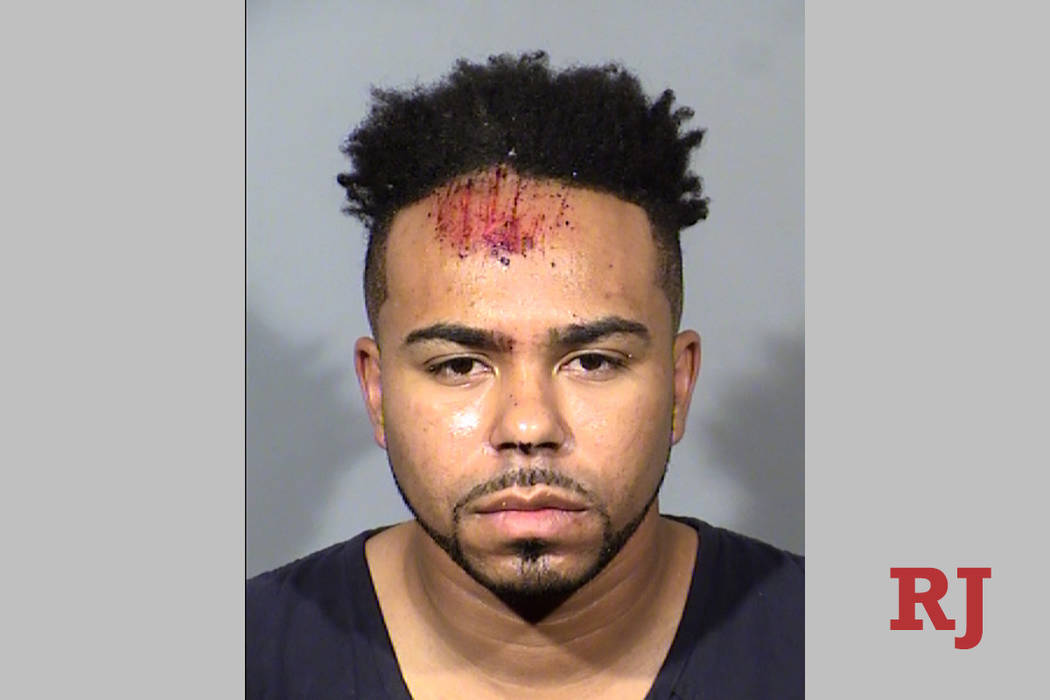 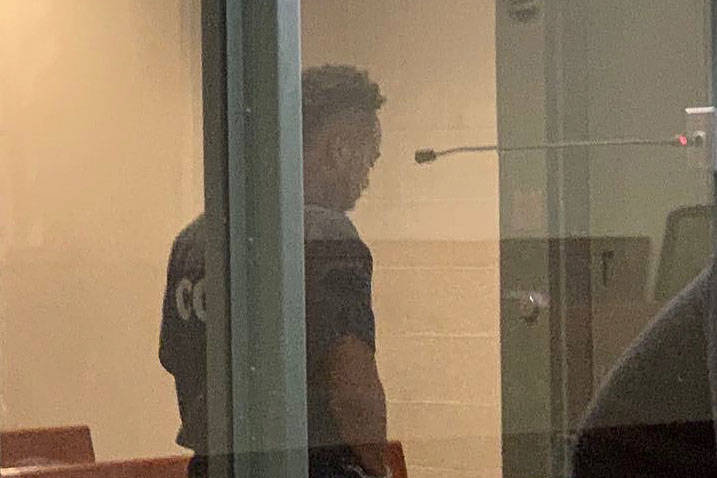 While arresting Nathaniel Postelle III on Thanksgiving morning, Las Vegas police found a gram of cocaine in a pants pocket of the drunken driving suspect, according to his arrest report.

Police have said that Postelle, 27, ran a red light on westbound Russell Road at the intersection with Durango Drive, slamming into the driver’s side of a Nissan Sentra driven by 32-year-old Monique Prado of Victorville, California.

Prado, a hairstylist and mother of three who was in town for Thanksgiving, died in the crash, and her 12-year-old daughter, Emma Sarmiento, was hospitalized with minor injuries.

The mother and daughter had gone out to get coffee at a nearby Starbucks ahead of preparing a Thanksgiving meal.

Immediately after the crash, one witness told investigators, Postelle exited his car, sat on a curb and started crying. He was less than 2 miles from home when the crash happened, according to the report.

Postelle, a felon who pleaded guilty to a drug possession charge in 2013, was being held Monday on $250,000 bail at the Clark County Detention Center, jail records show. He faces charges of DUI resulting in death and possession of a controlled substance in connection with the crash.

The first two officers to arrive at the crash site found Postelle sitting on the curb, nursing a head injury. His breath smelled of an alcohol beverage, his eyes were bloodshot, and his body was swaying while he spoke to the officers, according to the report.

Postelle said he had consumed one beer around 3 a.m. at a friend’s house and had slept “a while” before getting behind the wheel, the report states.

On Friday, during his first court appearance, defense attorney Craig Mueller claimed it was Prado who “blew a light.” He also said officers had drawn Postelle’s blood outside the required two-hour window.

Under Nevada law, blood evidence drawn more than two hours after a DUI crash is not presumptive of the blood alcohol level.

A GoFundMe created for the care of Prado’s children had raised more than $19,000 as of Monday.