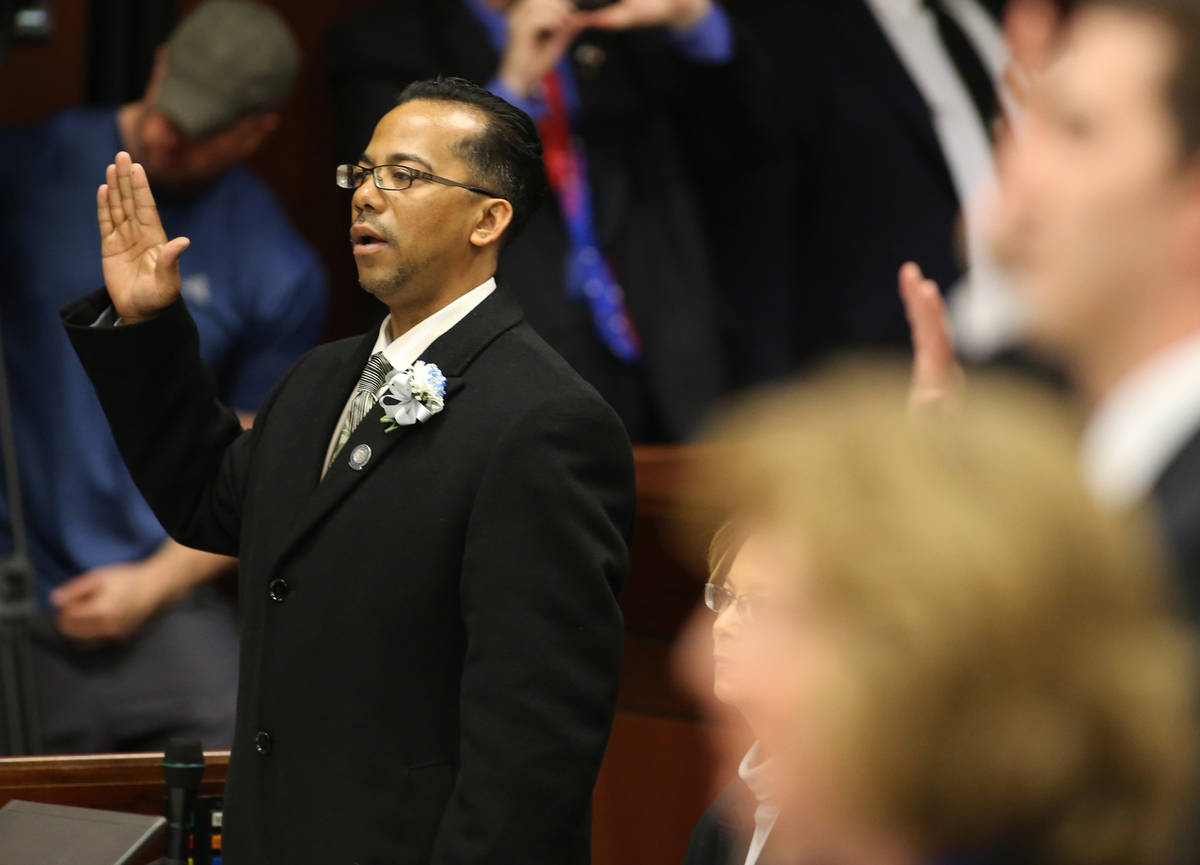 Former state lawmaker Steven Brooks was arrested this month when police found a gun in his house after a fight among families Easter Sunday that led to gunfire, Las Vegas police records show.

Brooks, a former Democratic assemblyman, was arrested on one count of owning a gun as a prohibited person, according to a Metropolitan Police Department arrest report. No one was injured in the shooting, and Brooks is not suspected of firing a weapon. He was booked into the Clark County Detention Center on April 4, but court records show he posted bail April 6.

According to the report, a woman went to Brooks’ home that evening to pick up her child from Brooks’ stepson, Marquis Stallworth, the child’s father. The woman’s father and sister accompanied her.

The woman told police that she had allowed Stallworth, who had recently been released from jail, to take the child on April 2. He was supposed to return the child April 3 but never did, she said.

Witnesses told police that Brooks appeared to be searching the ground for cartridge casings after the shooting. When police arrived, he walked back inside his home, according to the report.

Police found a shotgun sitting on top of a gun safe inside the home, the report noted. Paperwork inside the safe indicated that Brooks’ wife purchased the gun, but given his criminal history, police said Brooks is prohibited from owning or possessing a gun.

Gaines was arrested on three counts of assault with a deadly weapon, and court records show that he posted bail the next day.

Brooks was the only legislator in state history to be expelled from the Nevada Legislature when his mental health and fitness to serve were called into question after allegations that he threatened Assemblywoman Marilyn Kirkpatrick in 2013 because he was reportedly upset about being passed over for chairmanship of the Assembly Ways and Means Committee.

Just hours after his expulsion from the Legislature, California police said he led officers on a high-speed chase that covered about 23 miles and averaged more than 80 mph until police used a spike strip to stop Brooks’ vehicle in Victorville, California, where he was accused of choking and hitting a police dog with a wrench.

In Clark County, he was sentenced in 2015 to three years probation and ordered to undergo a mental health evaluation as part of his plea agreements. About a month later, he was handed another term of probation on a felony gun charge.

In 2019, he was arrested after police said he started a fight at a northeast valley grocery store and threatened to kill Las Vegas police officers.

A court hearing in this month’s case is scheduled for May 5.