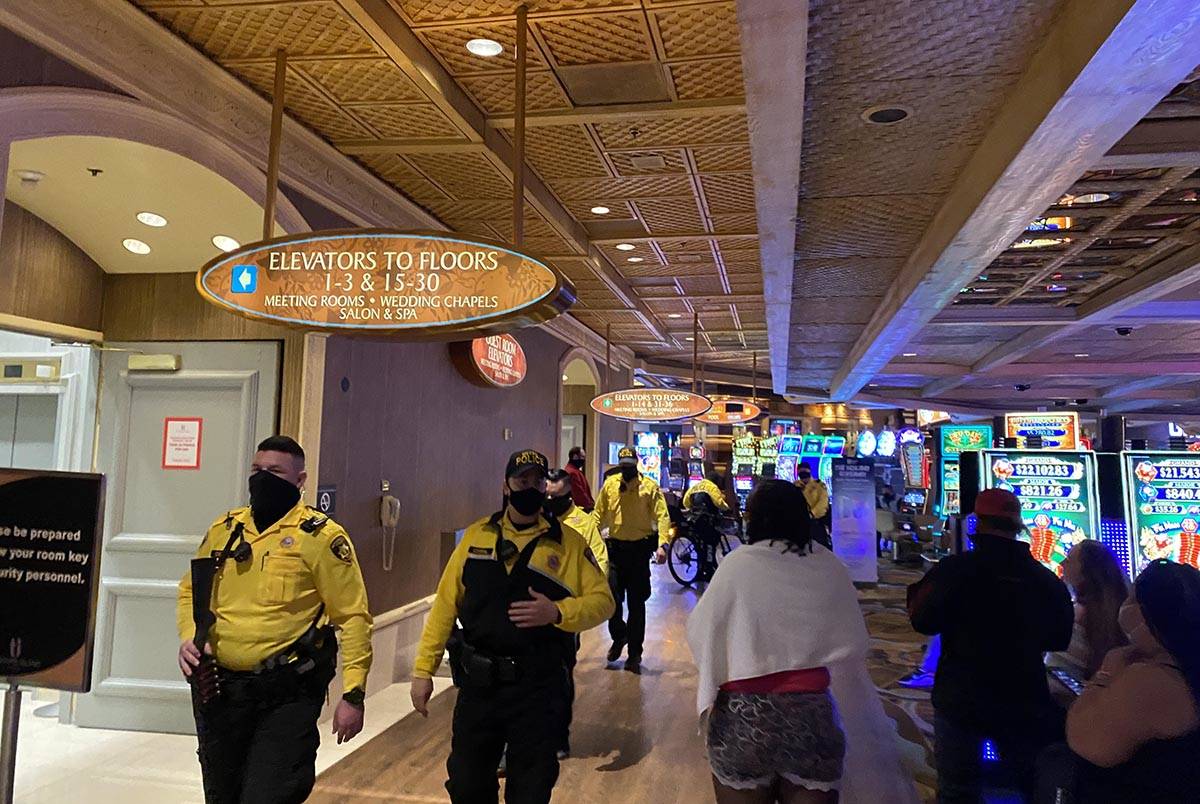 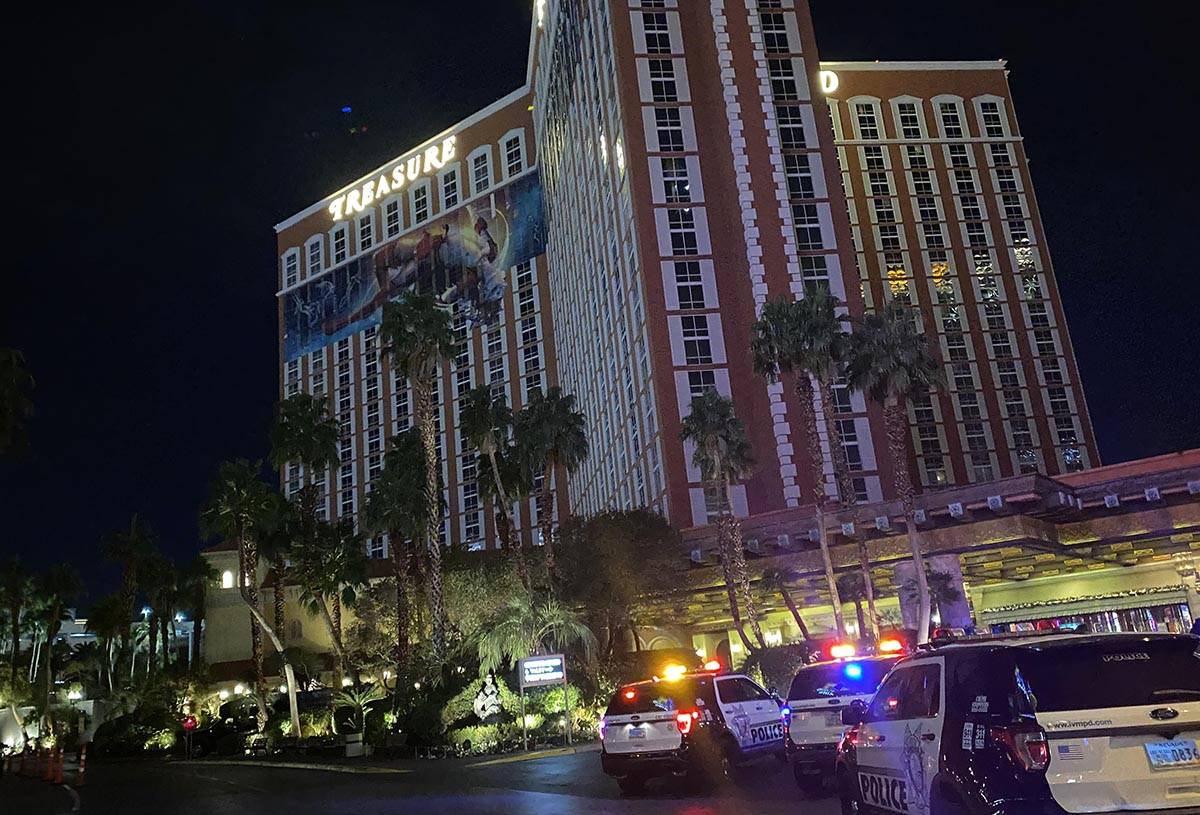 A gunshot at the Treasure Island resort on the Las Vegas Strip early Thursday forced the evacuation of dozens of guests for hours before investigators determined there was no threat.

Police said at 12:34 a.m. a security officer heard “a gunshot from a hotel room.” Police and hotel officials then evacuated several floors at the property, leaving guests to wait on the casino floor as police investigated the shooting.

Metropolitan Police Department officers were called after a security guard knocked on a guest’s door around 12:30 a.m. and heard a gun being racked inside, according to a statement from the department.

Security then heard a gunshot and SWAT was called in for what was then being considered a barricade. Officers found a man inside suffering from a self-inflicted gunshot wound, police said.

The man was pronounced dead at the scene, and his identity is pending notification of kin with the Clark County coroner’s office.

Treasure Island guests Jon and Caitlyn Key, from the Waco, Texas, area, said at about 2:30 a.m. they started receiving phone calls in their room, then knocks on their door, from hotel employees and police informing them they had to evacuate. They emerged from their room and saw “a whole bunch of armed officers in the hallway.”

The husband and wife sat for nearly three hours in the casino, near the elevator, waiting to get back into their room. They were eventually told police were investigating a suicide.

“We are trying to get our stuff, trying to catch a flight,” said Jon Key.

By 6:30 a.m., hotel employees brought the couple some of their belongings. Instead of returning to the room, they simply left and headed to the airport to catch a flight.

Donald Thompson of Wisconsin said he was on the casino floor with his girlfriend at roughly 1 a.m. “when we were informed there was an incident.”

He was then told that his room on the 34th floor was no longer accessible because of security reasons. He was not told why.

“They changed my room to a floor that was accessible,” Thompson said.

He and his girlfriend went to the new room, then Thompson went back downstairs briefly, only to be informed that the entire elevator system was now locked down for security reasons. As a result, he spent hours in the casino waiting to get back to his new room.

“My girlfriend is up in our new room and here I am waiting to be allowed back up,” Thompson said as he stood in the valet area of the property.

Tourist Tiffany Brown of New York said her room was on the 36th floor. She had a similar experience with police and security knocking on her door, telling her to evacuate.

“All they said is it’s someone with a gun,” Brown said. “The police said ‘evacuate’ with their guns out.”

She spent hours in the casino, near the elevators, waiting to get back to her room.

“Give me another room or give me my money back,” Brown said early Thursday. “I’m afraid.”