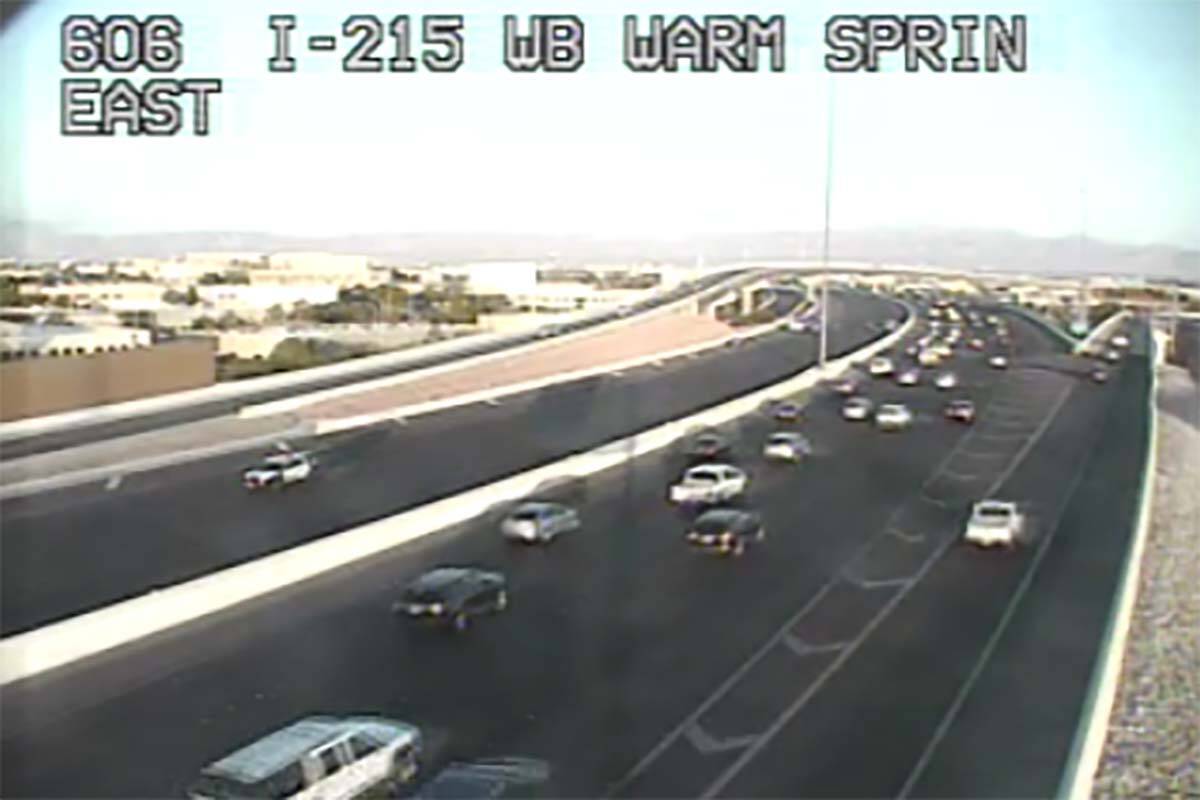 A deadly shooting that forced police to shut down the eastbound lanes of the 215 Beltway near the McCarran International Airport connector for several hours Monday was an apparent act of road rage, authorities said.

Gunfire rang out at 2:20 a.m. as two cars were traveling side by side on the the freeway, killing a man behind the wheel of one vehicle and leaving a female passenger critically injured, Metropolitan Police Department Lt. David Valenta told reporters.

“An argument started at which time one of the vehicles fired rounds into our victim vehicle,” he said. “The victim driver was struck, causing him to crash into the center divider before coming to rest farther down the road on 215.”

The unidentified driver was pronounced dead at the scene. A woman who was also struck by gunfire was taken to University Medical Center, in “critical but stable” condition, police said. Both were around 25 years old, Valenta said.

The closure from state Route 171 to Warm Springs Boulevard lasted for several hours and caused traffic delays in the area, according to the Nevada Highway Patrol.

This isn’t the first deadly road rage incident this year. In June, an argument in the east valley turned deadly when a man was run over with a Chevy Suburban.

Police urged anyone with information on the incident to contact the police department’s homicide section at 702-828-3521, or homicide@lvmpd.com. To remain anonymous, contact Crime Stoppers at 702-385-5555.