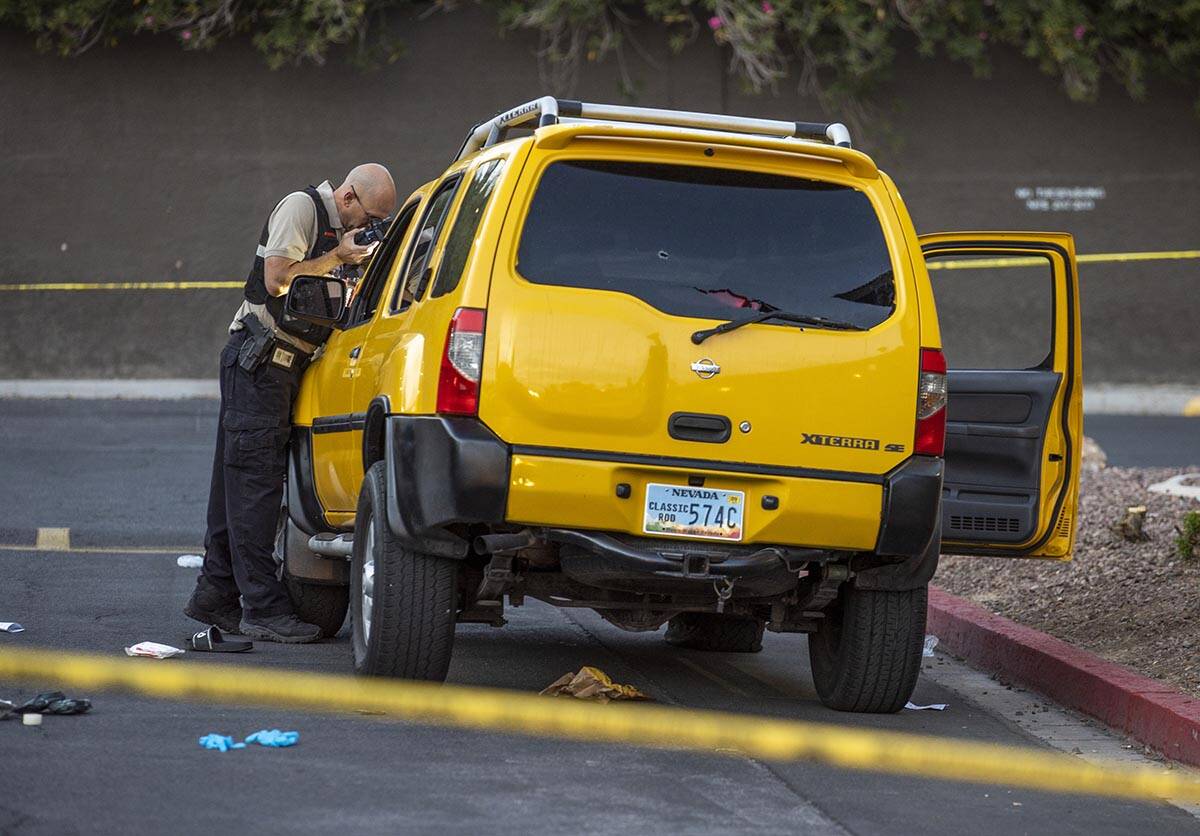 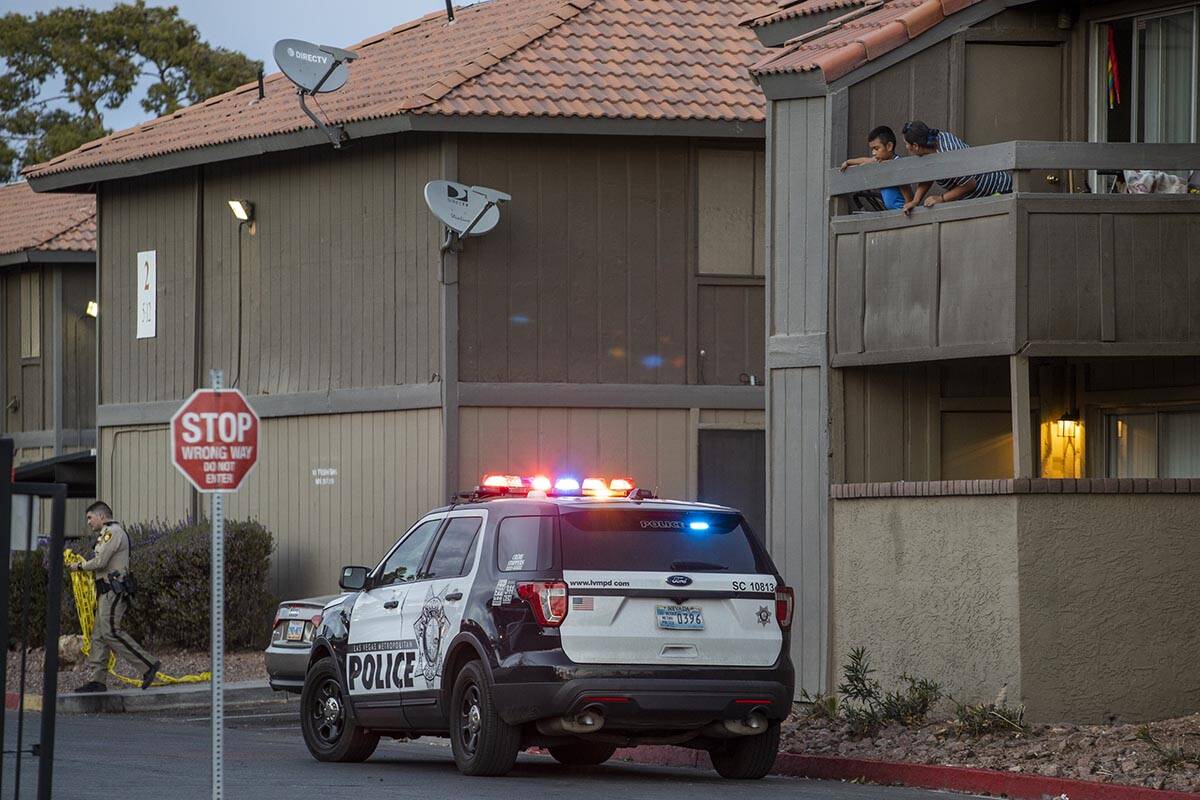 Residents look down on a Metro vehicle as officers conduct a homicide investigation at the Solaire East Apartments on Saturday, Oct. 30, 2021, in Las Vegas. (L.E. Baskow/Las Vegas Review-Journal) @Left_Eye_Images 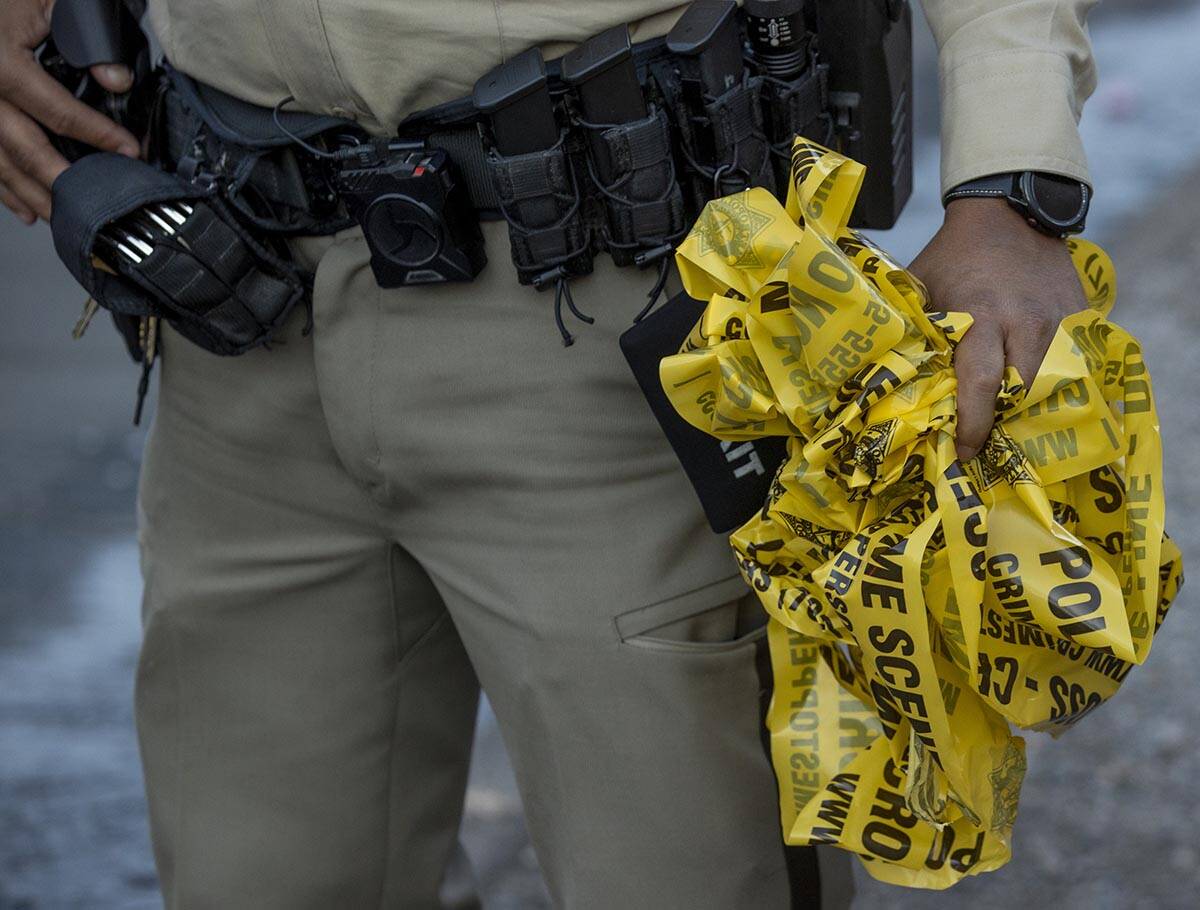 A Metro officer with a handful of crime scene tape as they conduct a homicide investigation at the Solaire East Apartments on Saturday, Oct. 30, 2021, in Las Vegas. (L.E. Baskow/Las Vegas Review-Journal) @Left_Eye_Images 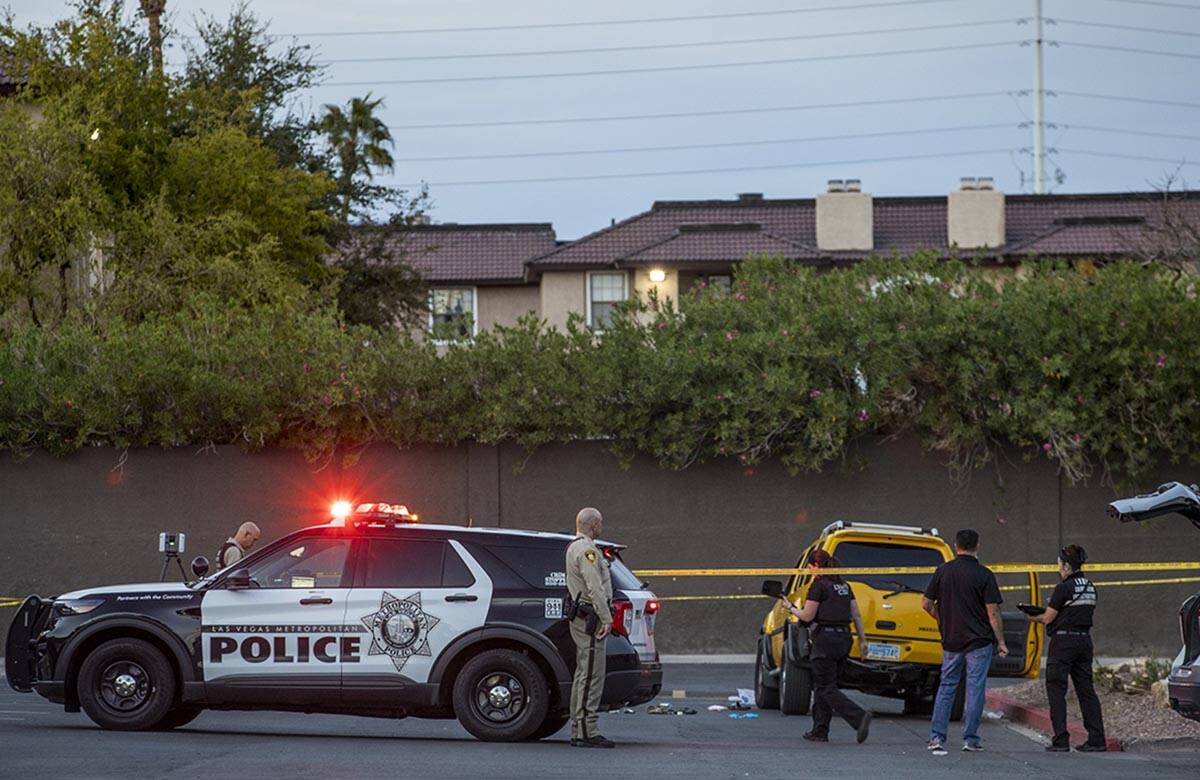 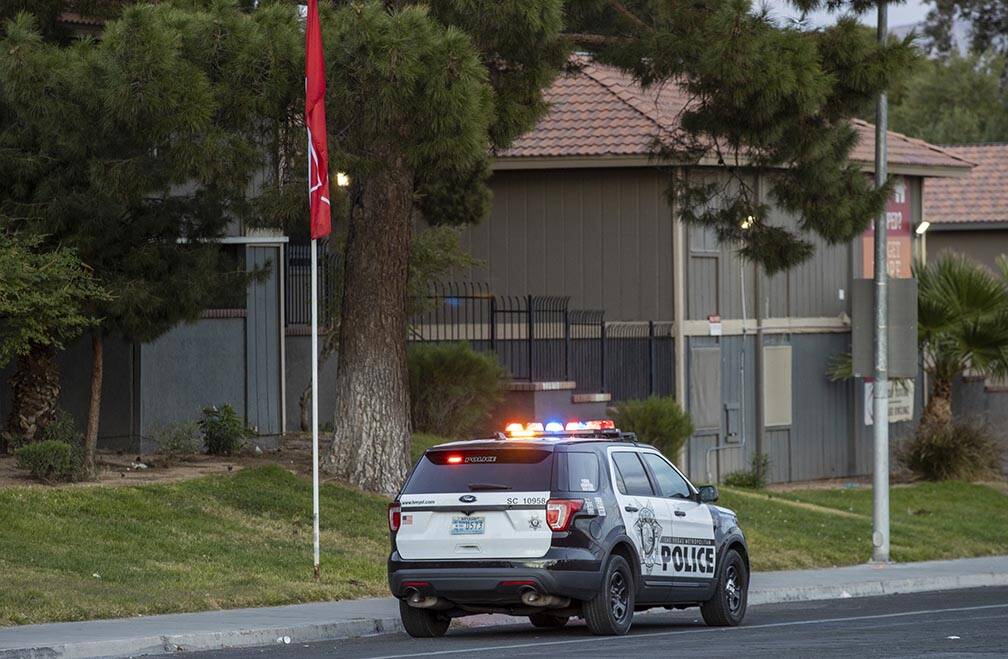 A Metro vehicle is parked on Karen Avenue as they conduct a homicide investigation at the Solaire East Apartments on Saturday, Oct. 30, 2021, in Las Vegas. (L.E. Baskow/Las Vegas Review-Journal) @Left_Eye_Images 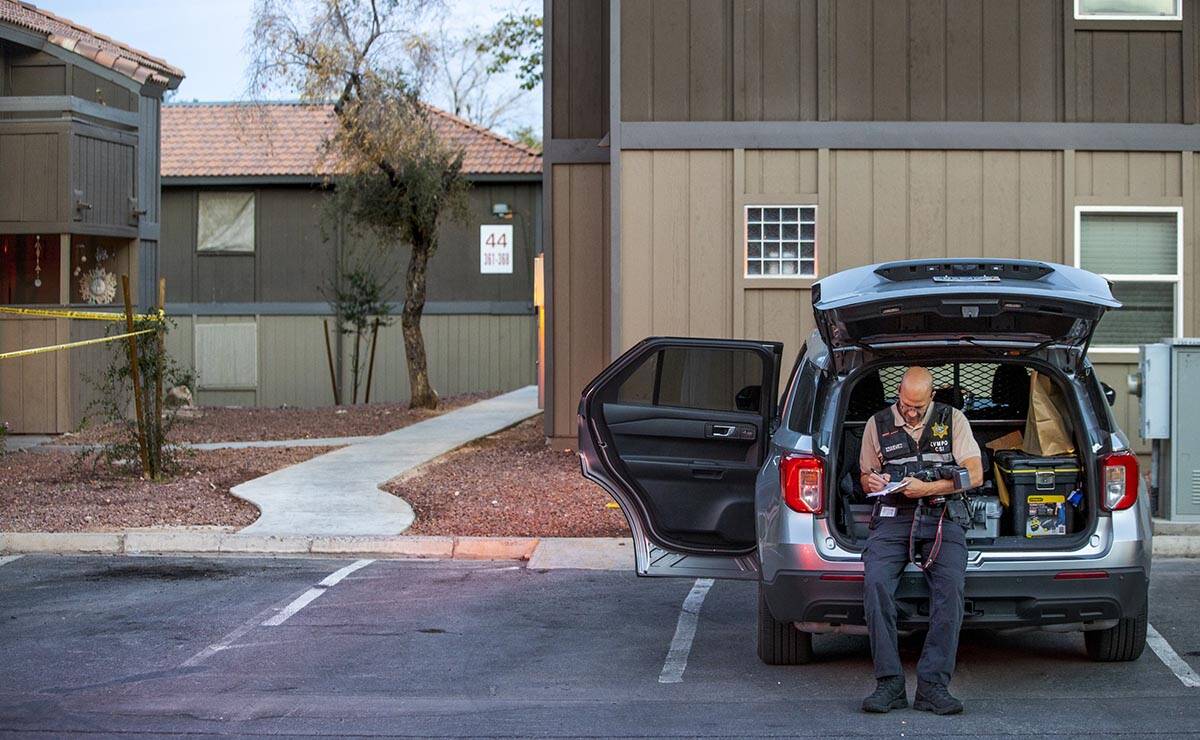 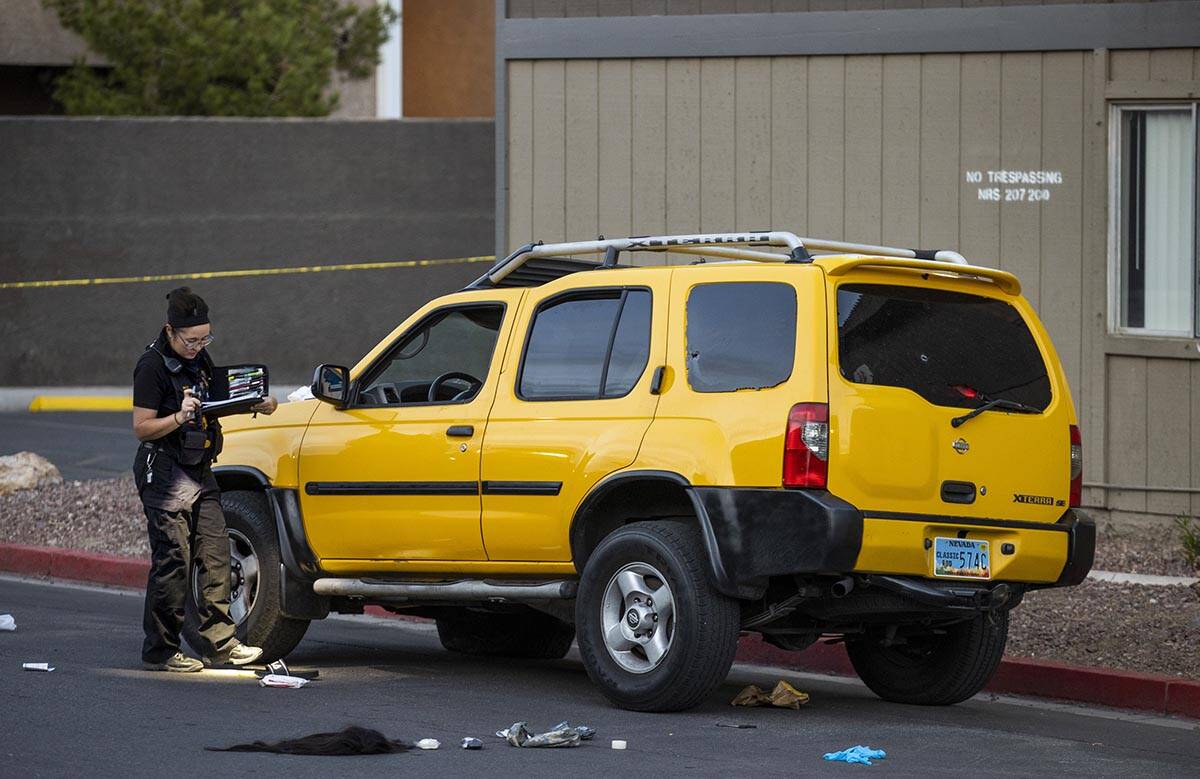 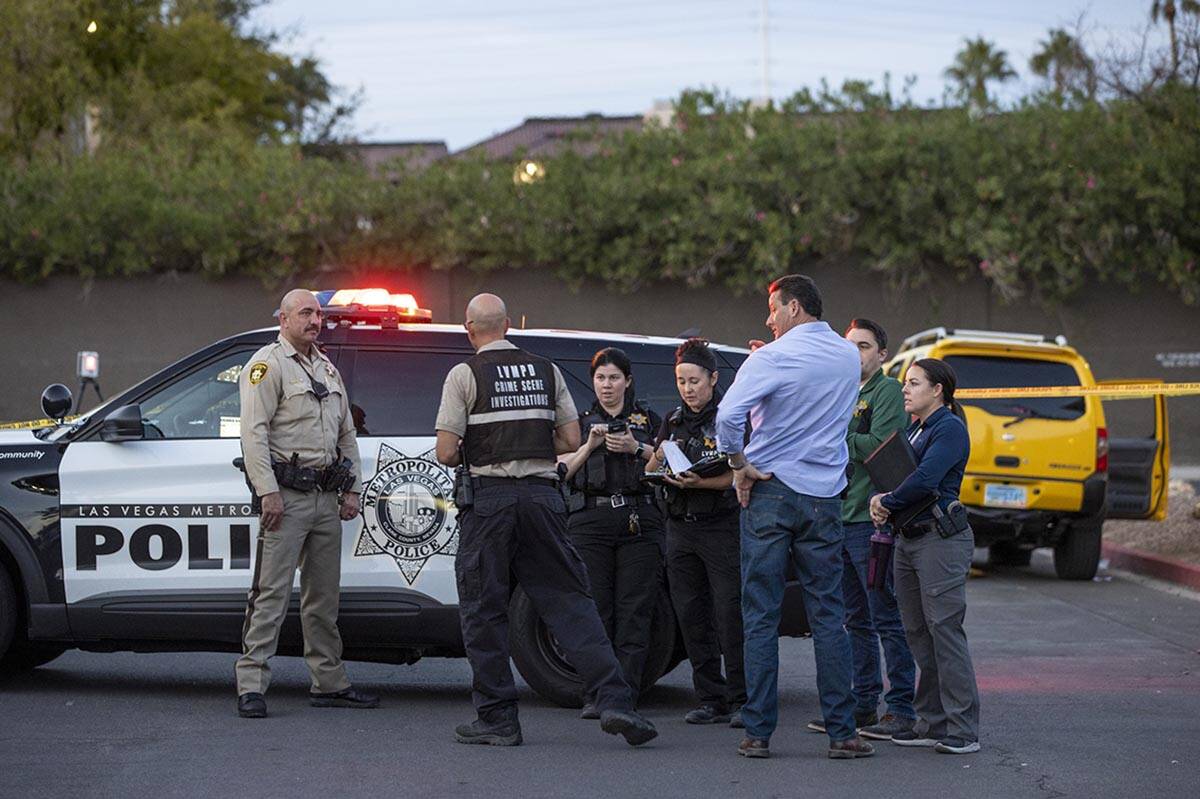 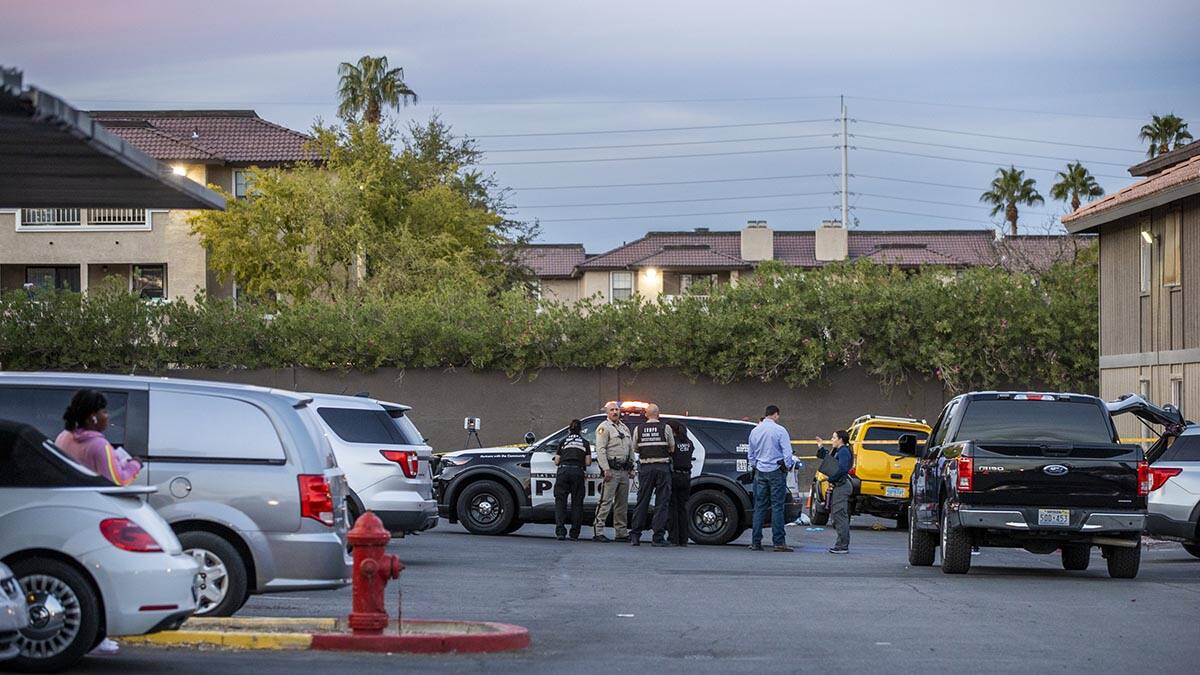 One person was killed in a shooting near central Las Vegas Saturday afternoon.

Officers were called at 1:57 p.m. to Solaire Apartments, 1750 Karen Avenue, after a report of a shooting, according to Metropolitan Police Department dispatch logs.

Metropolitan Police Department Lt. Joshua Younger said that homicide detectives were responding Saturday night, and that further information would not be provided until Monday at the earliest.

The victim is expected to be identified by the Clark County coroner’s office after their family is notified.