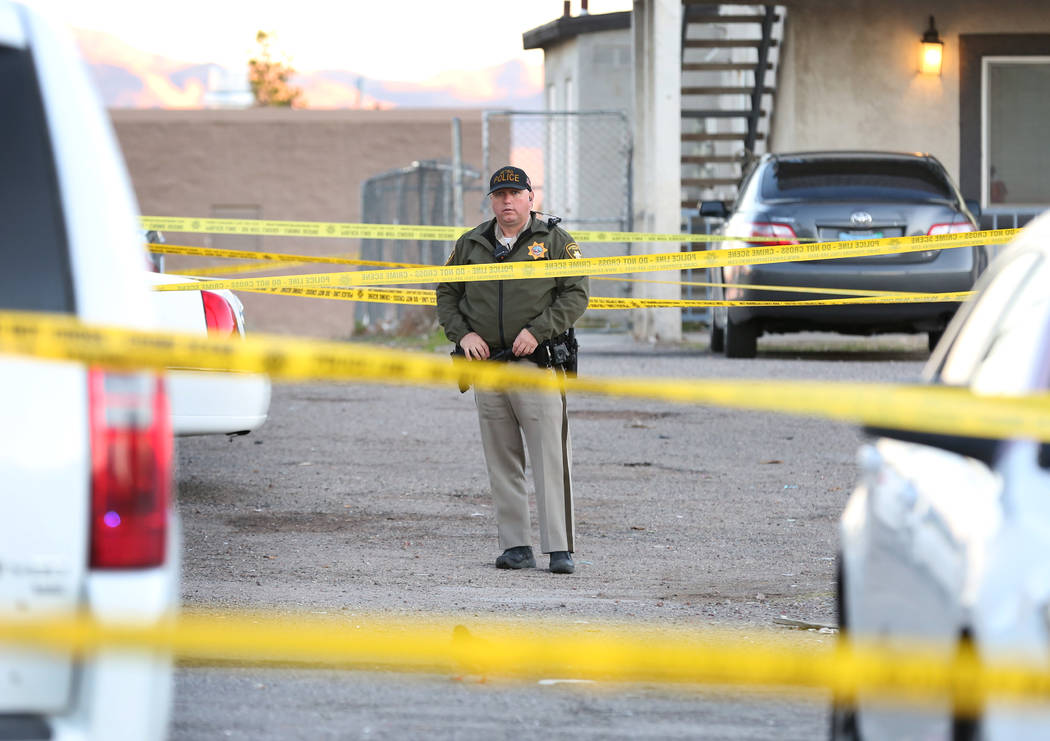 A Metropolitan Police Department officer is seen at the 2300 block of Exeter Drive, near East Carey Avenue and North Hollywood Boulevard, where a shooting fatally wounded one man and sent another to the hospital on Monday, Dec. 16, 2019, in east Las Vegas. (Bizuayehu Tesfaye/Las Vegas Review-Journal) @bizutesfaye 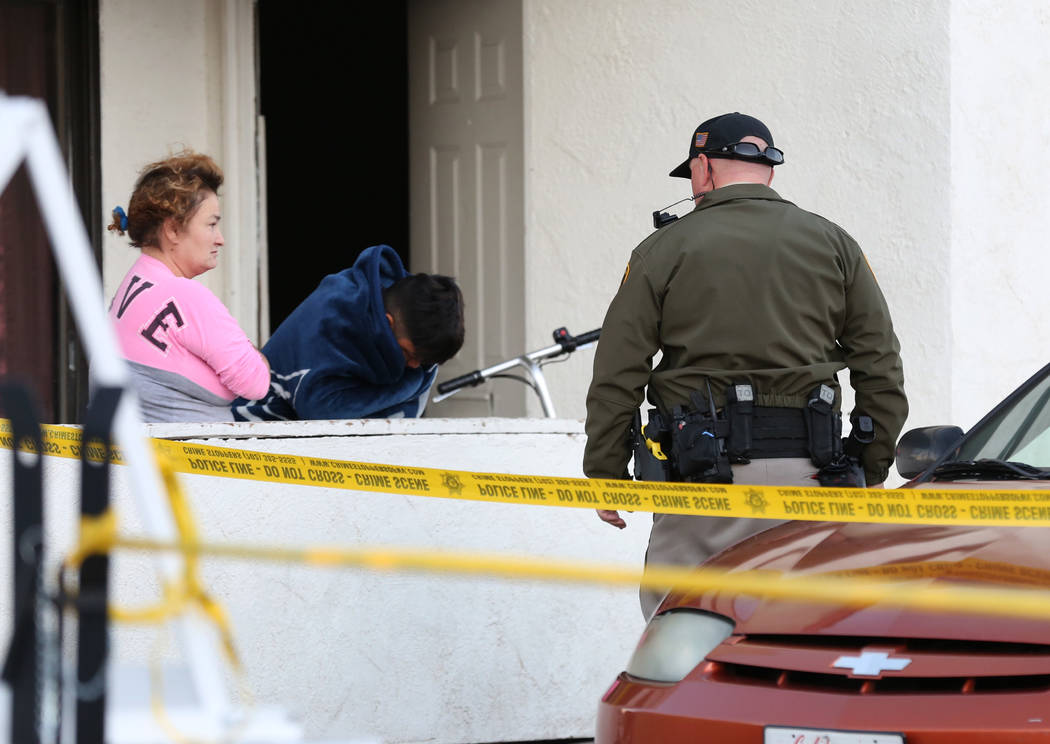 A Metropolitan Police Department officer talks to residents at the 2300 block of Exeter Drive, near East Carey Avenue and North Hollywood Boulevard, after a shooting fatally wounded one man and sent another to the hospital on Monday, Dec. 16, 2019, in east Las Vegas. (Bizuayehu Tesfaye/Las Vegas Review-Journal) @bizutesfaye 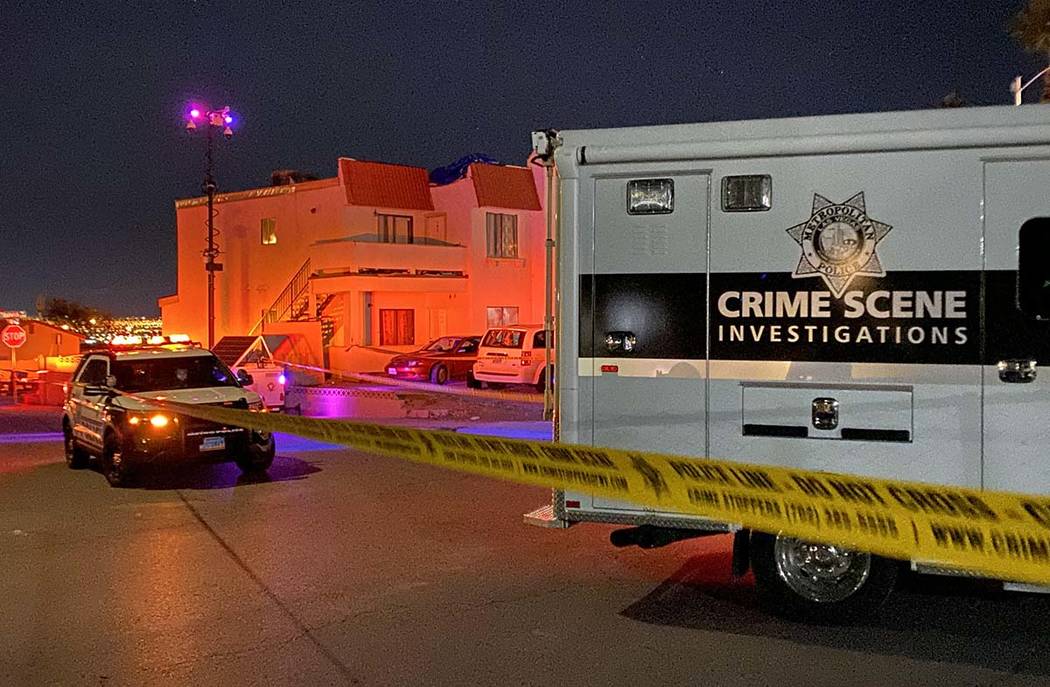 A Metropolitan Police Department command center is being used for detectives to investigate a fatal shooting on the 2300 block of Exeter Avenue, Near East Carey Avenue and North Hollywood Boulevard, on Monday, Dec. 16, 2019. One man died at the scene and a second was taken to the hospital in unknown condition after the 2:45 a.m. shooting. (Glenn Puit/Las Vegas Review-Journal)

One man was killed and a second was critically injured in a shooting in northeast Las Vegas early Monday.

Metropolitan Police Department Lt. Jon Scott said that about 2:45 a.m., three men dressed all in black appeared at the front door of an apartment on the 2300 block of North Exeter Drive, near East Lake Mead and Hollywood boulevards. Gunfire erupted moments later, leaving one man dead on the porch.

A second gunshot victim was found inside the apartment. He was transported to University Medical Center with life-threatening injuries.

“It is highly likely it is some type of robbery,” Scott said, adding a motive “is unknown at this point.”

It was not clear if the men fled on foot or in a vehicle.