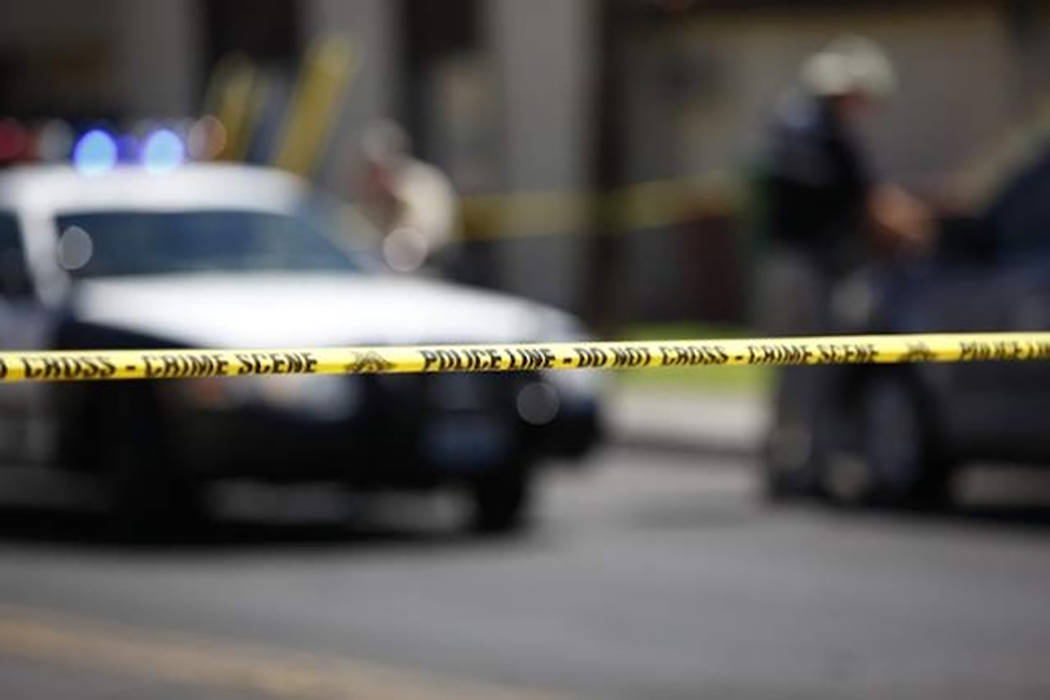 The victim was in his home on the 4600 block of Vegas Valley Drive, near Nellis Boulevard, when someone shot through the apartment from the outside, Metropolitan Police Department homicide Lt. Dan McGrath said. Police were called to the scene just after 7:05 p.m.

The victim then jumped from an outside stairway and was shot at again, McGrath said. The victim was hit twice, but the shooter fired at least seven rounds, McGrath said.

The victim, who was in his late 30s, was taken to Sunrise Hospital and Medical Center where he died about 30 minutes later.

The shooter may have forced his way into the apartment specifically looking for the victim, McGrath said. He is still at large.

“It was definitely targeted,” McGrath said. “It wasn’t some random attack on somebody sitting at home.”

One witness told police the shooter was wearing a bulletproof vest.

McGrath said a woman and a 7-year-old were in the apartment at the time of the shooting. They were unharmed and with detectives Monday night.