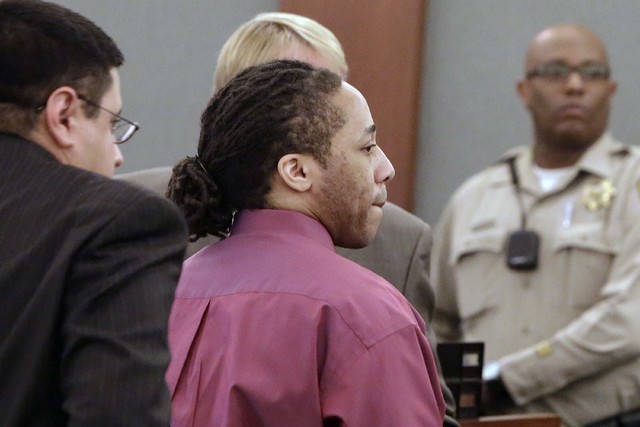 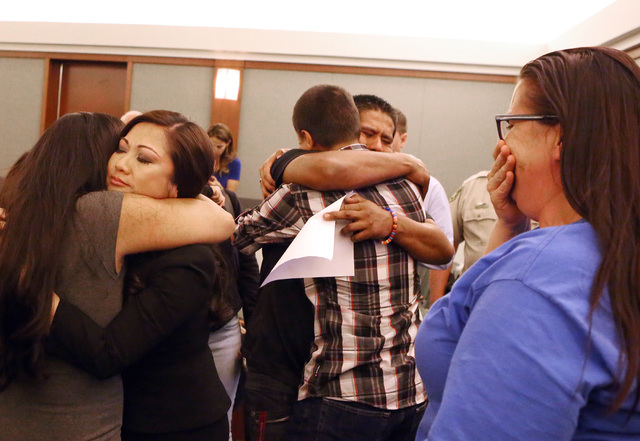 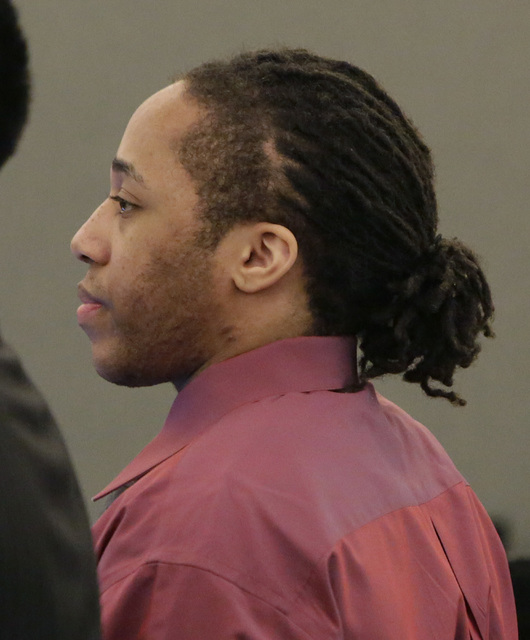 Michael Solid, who was found guilty of killing 15-year-old Marcos Arenas, stands as he listens to the jury's verdict at the Regional Justice Center on Wednesday, Aug. 31, 2016. (Bizuayehu Tesfaye/Las Vegas Review-Journal Follow @bizutesfaye) 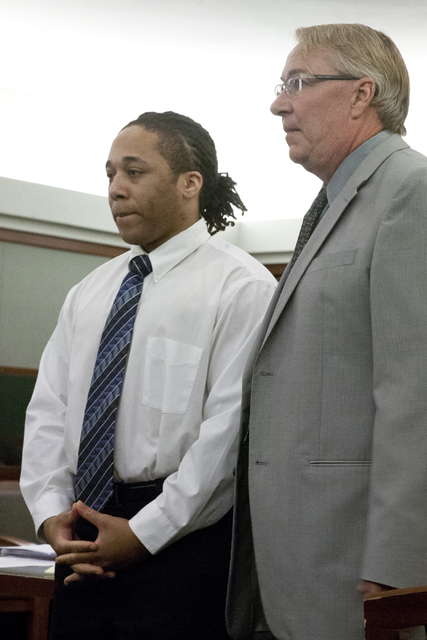 Michael Solid (left), on trial in the killing of 15-year-old Marcos Arenas, a Las Vegas high schooler, stands with with Assistant Special Public Defender Randy H. Pike as they await the arrival of the jury at the Regional Justice Center, 200 Lewis Ave in Las Vegas on Monday Aug. 29, 2016. (Jeferson Applegate/Las Vegas Review-Journal) 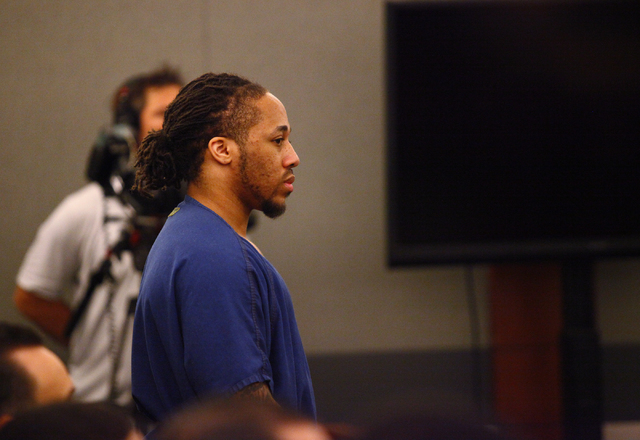 Michael Solid, charged in the slaying of 15-year-old Marcos Arenas, listens as attorneys argue over whether to allow filming by MY Entertainment’s “Las Vegas Law” television show during the trial. Thursday, August 18, 2016. (Michael Quine/Las Vegas Review-Journal)

Ivan Arenas knew about a letter his teenage son wrote just months before he died.

But Arenas had not known its contents until it was read at a sentencing Monday for two men convicted of killing 15-year-old Marcos Arenas after he refused to surrender his iPad.

Just before the start of his freshman year at Bonanza High School in August 2012, Marcos wrote out goals for his future on white notebook paper. His cousin, Vivian De Leon, received the three-paragraph note from the boy’s former volleyball coach and read it aloud in a courtroom packed on one side with those who knew the victim.

About 10 months later, in May 2013, he was run over by a Ford Explorer driven by Michael Solid after Marcos refused to surrender his iPad to Jacob Dismont, then a high schooler, who had wrested the device away from the boy.

Speaking in court on Monday, the elder Arenas turned to the men, standing and shackled in blue jail uniforms.

“You guys can still wake up tomorrow,” he said through tears. “My son is never going to get to again. … I won’t be able to hug my son tomorrow.”

The judge also handed down a sentence of 30 years to life for Solid, now 24, who was convicted by a jury in August of first-degree murder, conspiracy to commit robbery and robbery.

Both men apologized to the victim’s family.

Prosecutors said Marcos had cherished the iPad because his family rarely could afford high-priced electronics. Ivan Arenas, a single father who worked as a handyman, took out a payday loan to purchase the device for $249 from a pawn shop. It had been a birthday gift and a reward for doing well in school.

Marcos struggled and screamed in his last, desperate attempt to hold onto the device, prosecutors said. Traffic stopped as he was dragged from a sidewalk onto Charleston Boulevard. Marcos grabbed onto and banged

on the SUV before he was run over and Solid sped away.

De Leon, now a freshman at Bonanza High, wept as she told the judge she still struggles riding to school past the scene where her cousin was killed.

“I want this to never happen to any other family,” she said, “and to no other kid because no child deserves to go through this. I still can’t believe this happened.”