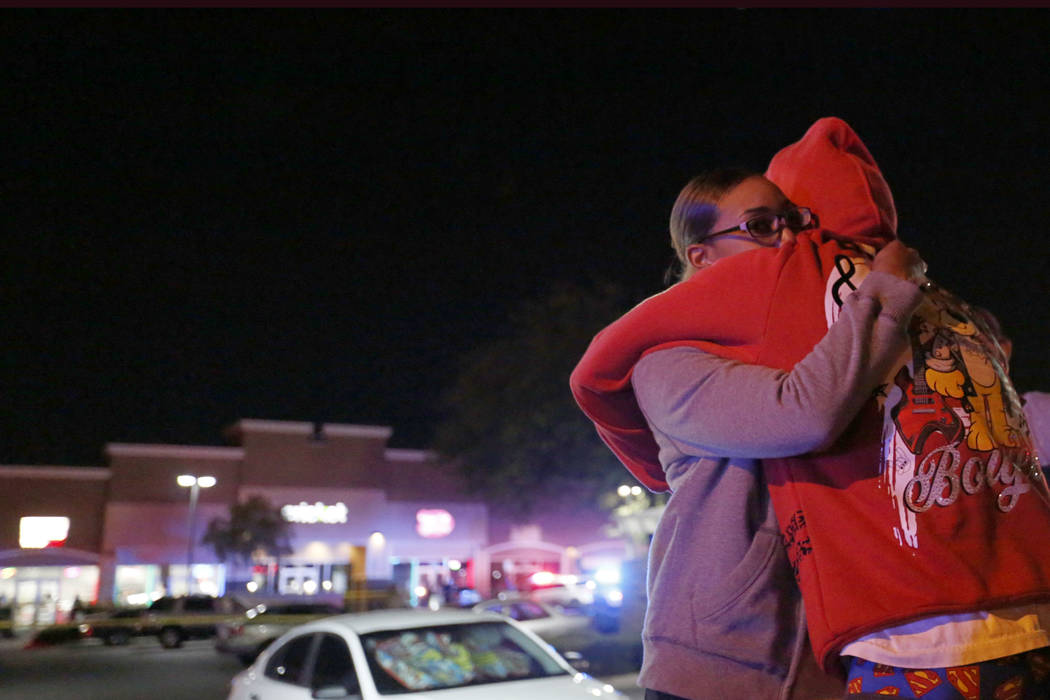 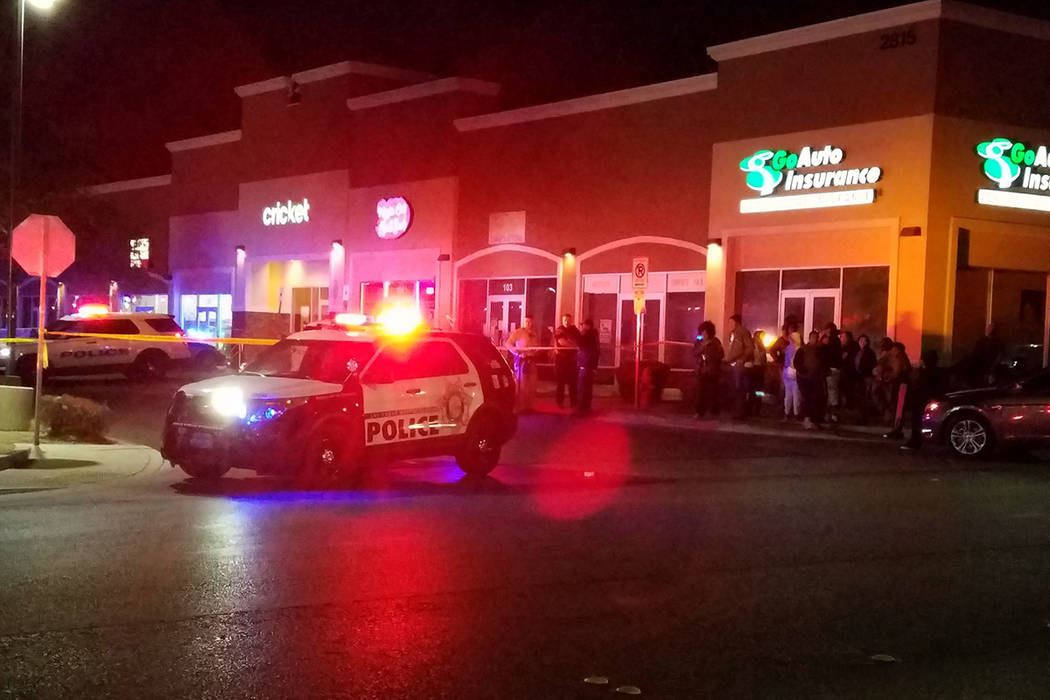 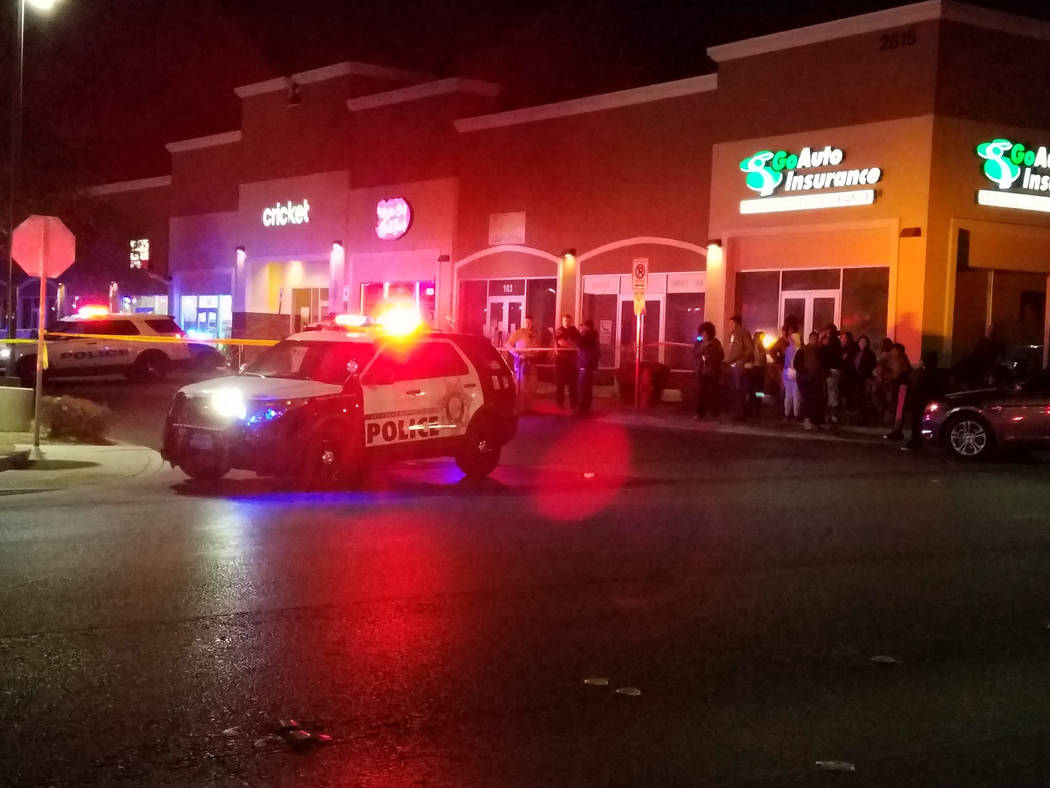 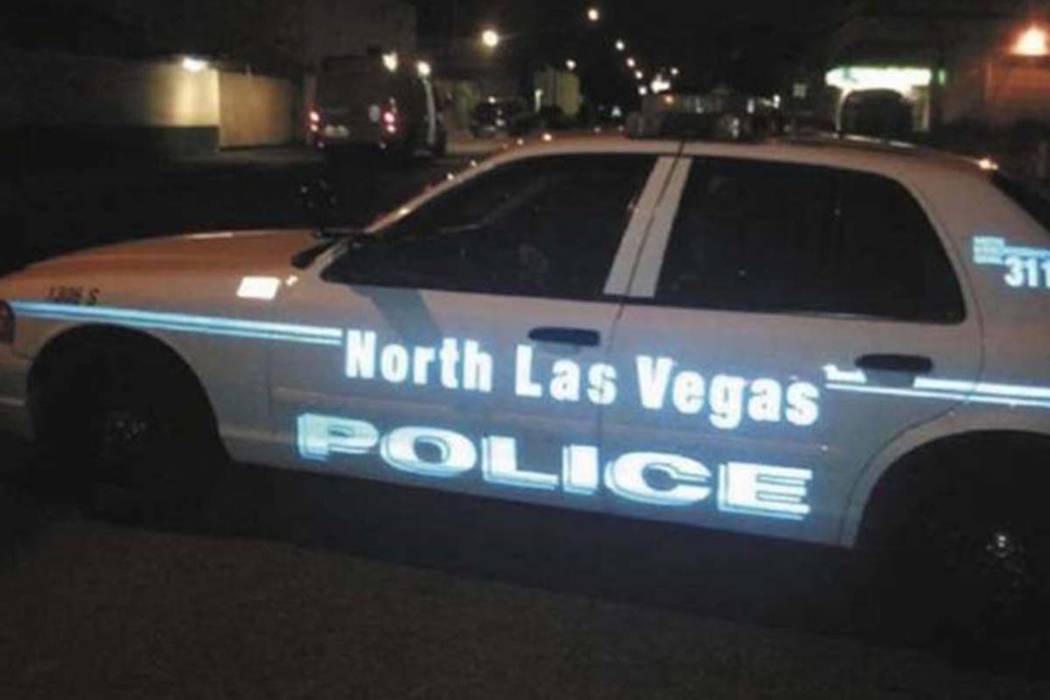 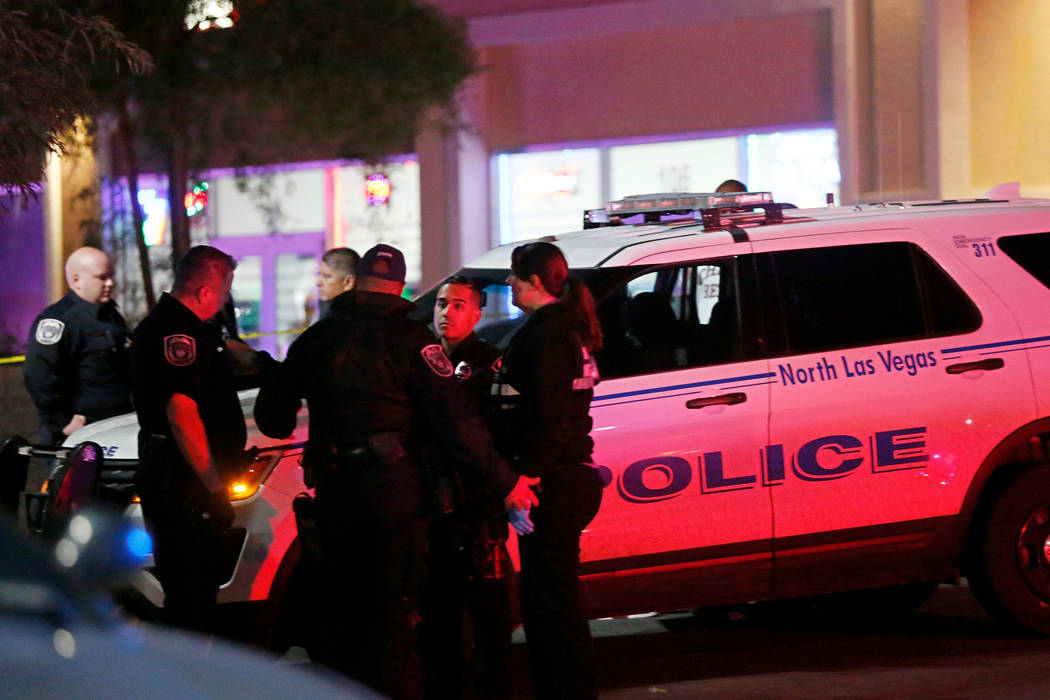 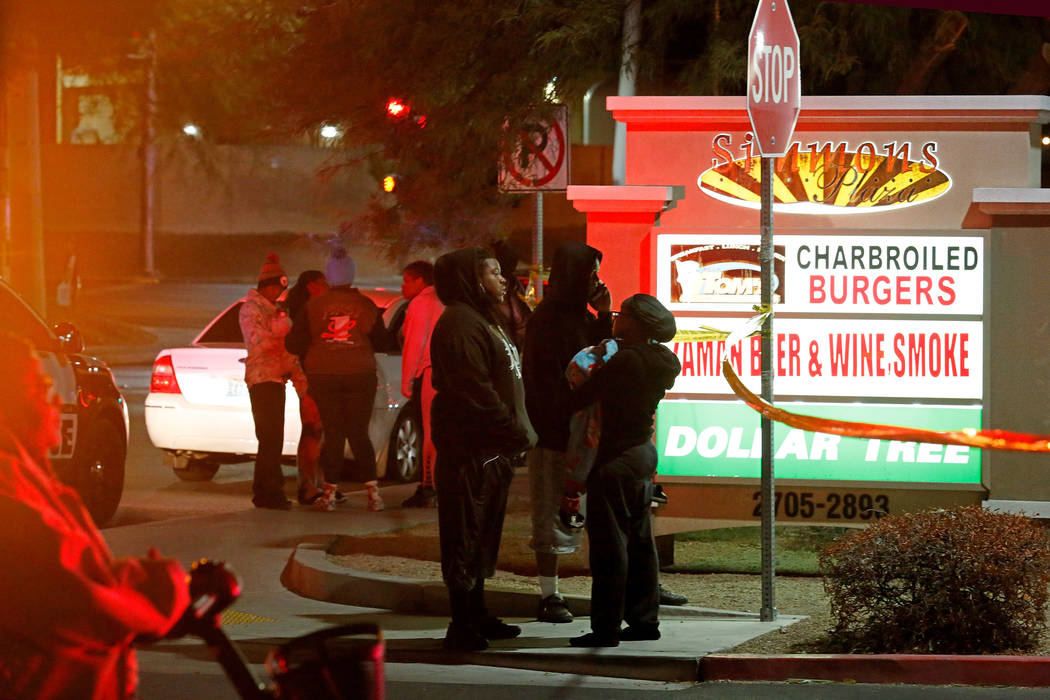 Three people were killed and one person was hospitalized after a shooting Sunday night, North Las Vegas police said.

Officers received reports of a shooting about 8:40 p.m. in a parking lot at the southeast corner of West Lake Mead Boulevard and Simmons Street, police spokesman Aaron Patty said.

Two women and one man died at the scene. Another man was hospitalized at University Medical Center with survivable injuries, police said.

“This is obviously a very devastating situation,” Patty said.

A motive was not clear late Sunday, but police did not think the shooting was random, Patty said. Officers were looking into the relationship between the shooter, who was still at large Sunday night, and the four people shot.

Police had access to surveillance footage from neighboring businesses and were interviewing witnesses Sunday night.

“Although a stupid decision on behalf of the suspect, (the shooter) picked the wrong parking lot because we’re gonna have a lot of evidence and information to gather off of this to be able to help bring some justice to the families,” Patty said.

Many people gathered outside the yellow crime tape cordoning off the parking lot Sunday night. Some wept and hugged one another as officers walked in and out of the crime scene.

A group of four people heard gunshots and shouting but didn’t immediately realize what had happened, they said.

“There was screaming, oh my God,” said one of the four, 28-year-old Jeanette Garcia.

Officers swarmed the parking lot, added 26-year-old Lucy Rayet. She said she saw three people on the parking lot asphalt, and someone leaning over each of them after the shooting. One of them looked like an officer, she said, who she initially thought was handcuffing one of those on the ground before realizing it appeared the officer was performing CPR.

The triple homicide was the first investigated by North Las Vegas police since December.

The Clark County coroner’s office will release the identities of the deceased once their families are notified.

Patty asked anybody with information on the shooting to call North Las Vegas police at 702-633-9111.