The mother of slain Las Vegas toddler Amari Nicholson told her boyfriend that she was breaking up with him days before the child was reported missing, a released arrest report shows. (James Schaeffer/Las Vegas Review-Journal) 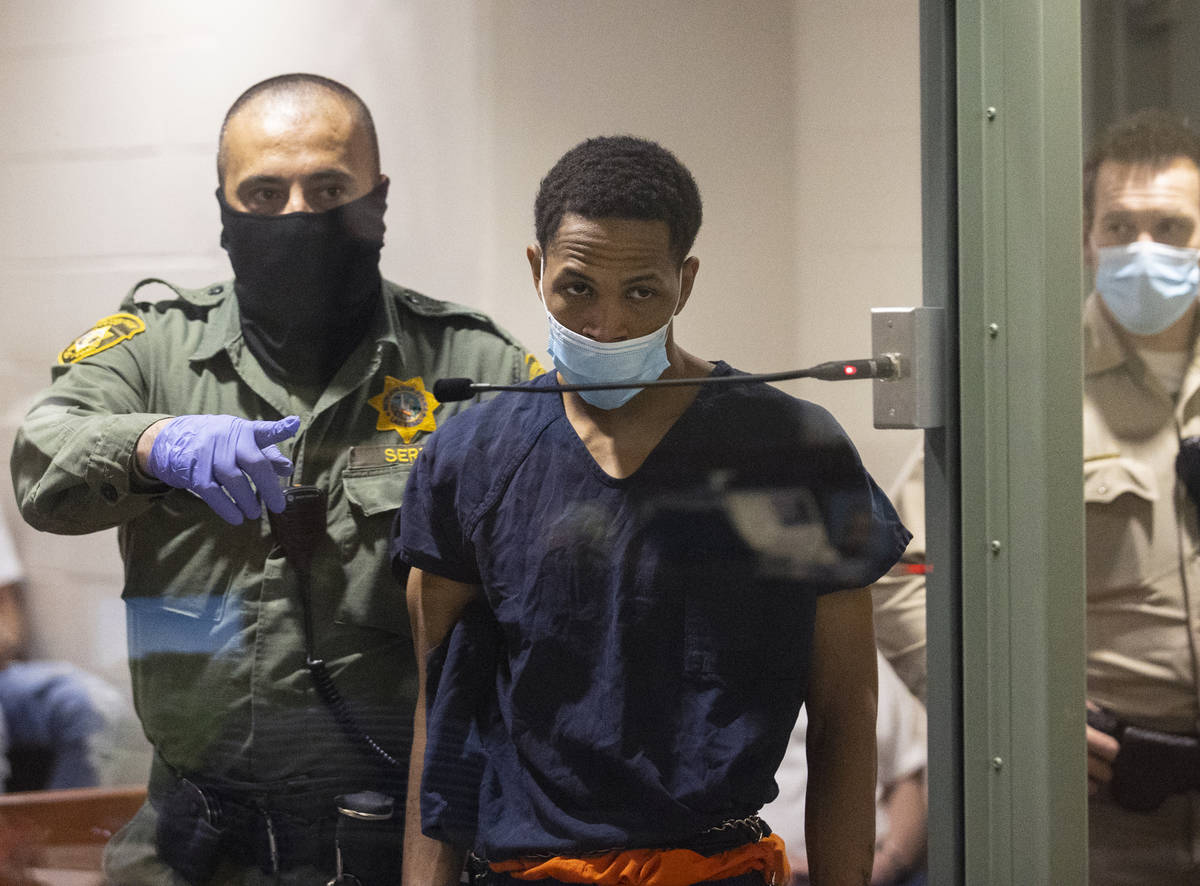 Terrell Rhodes, charged in the death of a 2-year-old boy, Amari Nicholson, is led into the courtroom for his initial appearance at the Regional Justice Center on Wednesday, May 12, 2021, in Las Vegas. (Bizuayehu Tesfaye/Las Vegas Review-Journal) @bizutesfaye 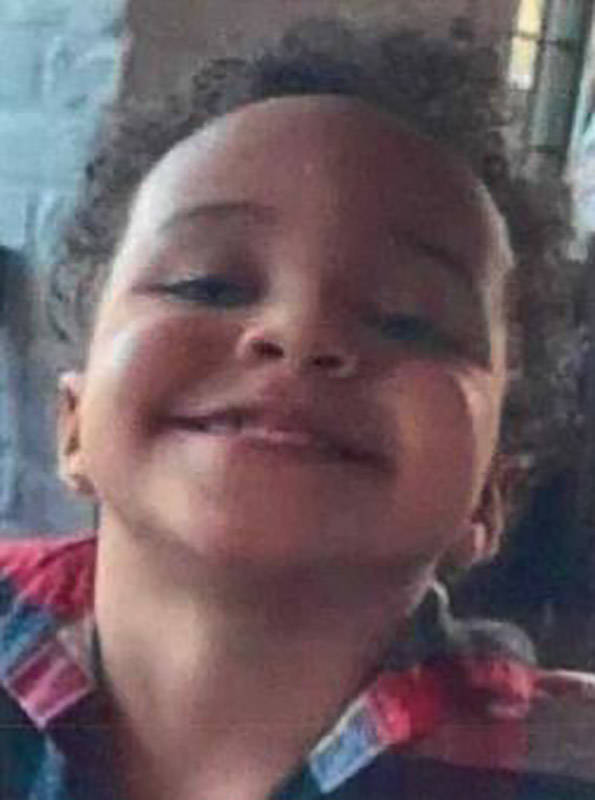 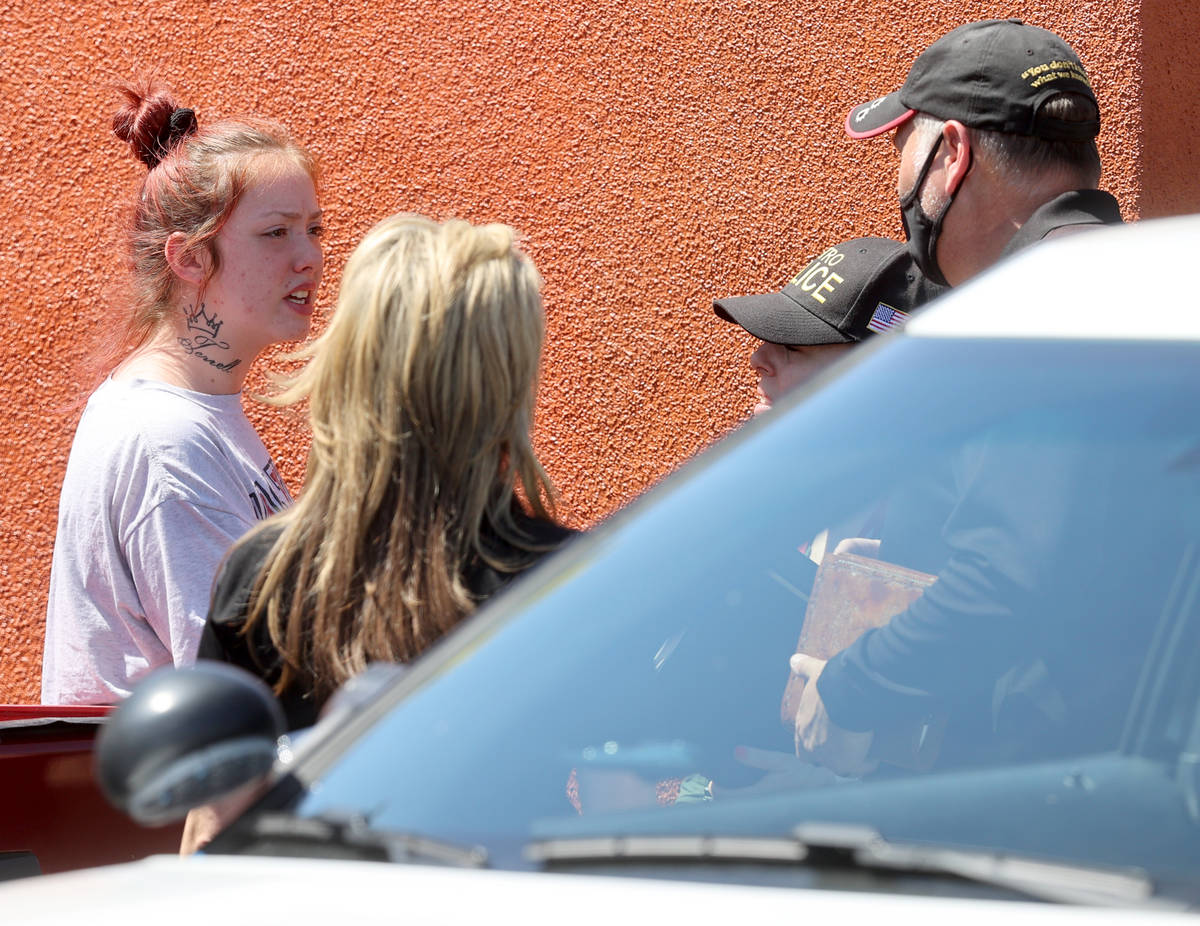 Tayler Nicholson, mother of missing Las Vegas toddler Amari Nicholson, talks to police near the Siegel Suites on Twain Avenue in Las Vegas near where his body was found Wednesday, May 12, 2021. (K.M. Cannon/Las Vegas Review-Journal) @KMCannonPhoto

The mother of slain Las Vegas toddler Amari Nicholson told her boyfriend, Terrell Rhodes, that she was breaking up with him days before the child was reported missing, a newly released arrest report shows.

Rhodes, 27, is now charged with murder in Amari’s death. The child’s body was discovered in central Las Vegas on Wednesday, a week after he disappeared from the Emerald Suites, 3684 Paradise Road.

According to his arrest report, Rhodes eventually told police that he hit Amari after the toddler urinated in his clothes.

On April 30, Amari’s mother, Tayler Nicholson, went to Colorado to assist her mother, the report said. She left Amari with Rhodes.

“During the trip, Tayler and Terrell argued over telephone calls and through text messages,” police wrote in Rhodes’ arrest report. “During a particular text argument on 5-3-21 at approximately (3:35 a.m.), Tayler indicated the relationship was over and she told Terrell someone would be stopping by the apartment later (in the day) apparently to collect her belongings.”

But two days later, police said, Rhodes told Nicholson that an unidentified female came to the apartment and picked up the child. Tayler Nicholson called 911 and reported her son kidnapped, police said.

Officers initially viewed the case as “a civil matter over a possible child custody dispute” and cleared the call, according to the arrest report.

Tayler Nicholson returned to Las Vegas and reported her son kidnapped again. Dispatch records show that she called 911 for the second time at 3:10 p.m. May 5.

Family members told police they did not take Amari, and searches were conducted at homes in Las Vegas, Reno and Southern California, the report said.

By the next day, police requested homicide detectives’ help with the investigation. Detectives searched the couple’s apartment and found “a sample of blood” on a bedroom wall and a plastic bag with “soiled children’s clothing” in a closet, the report said.

Under further questioning, Rhodes confessed to killing the child, the report said.

“Amari urinated in his clothing several times,” police said Rhodes told them. “Terrell was upset and struck Amari approximately three to four times in the body with a closed fist. At some point, Amari turned blue and purple in the face and stopped breathing.

“Terrell laid Amari on the floor and attempted cardiopulmonary resuscitation but was unable to revive Amari,” police said.

He then disposed of Amari’s body at a nearby apartment complex, the report said.

Police found Amari’s body Wednesday afternoon at the Siegel Suites at 454 E. Twain Ave., next to the Emerald Suites complex. Police were called to the area at 11:38 a.m. to follow up with an investigation, according to dispatch logs.

Tayler Nicholson was seen at a McDonald’s next to the Siegel Suites on Wednesday afternoon speaking with multiple police officers. Metro has given no indication that she was involved in her son’s death.

Amari was a peaceful child who loved Mickey Mouse and Scooby-Doo and never cried, not even when he was born, JD Nalls, Nicholson’s ex-boyfriend who helped raise the toddler, said following a vigil Wednesday night.

Rhodes remained in the Clark County Detention Center on Thursday without bail, court records show. He is scheduled to appear in court Monday.