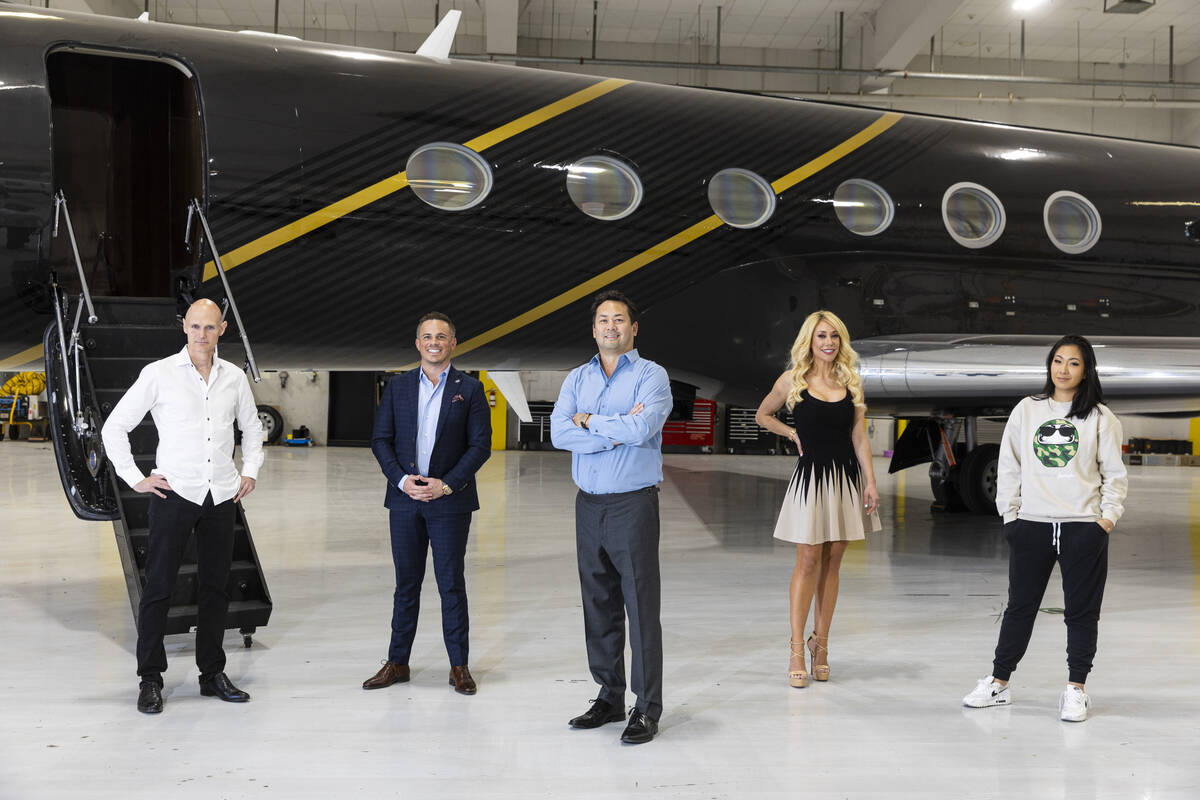 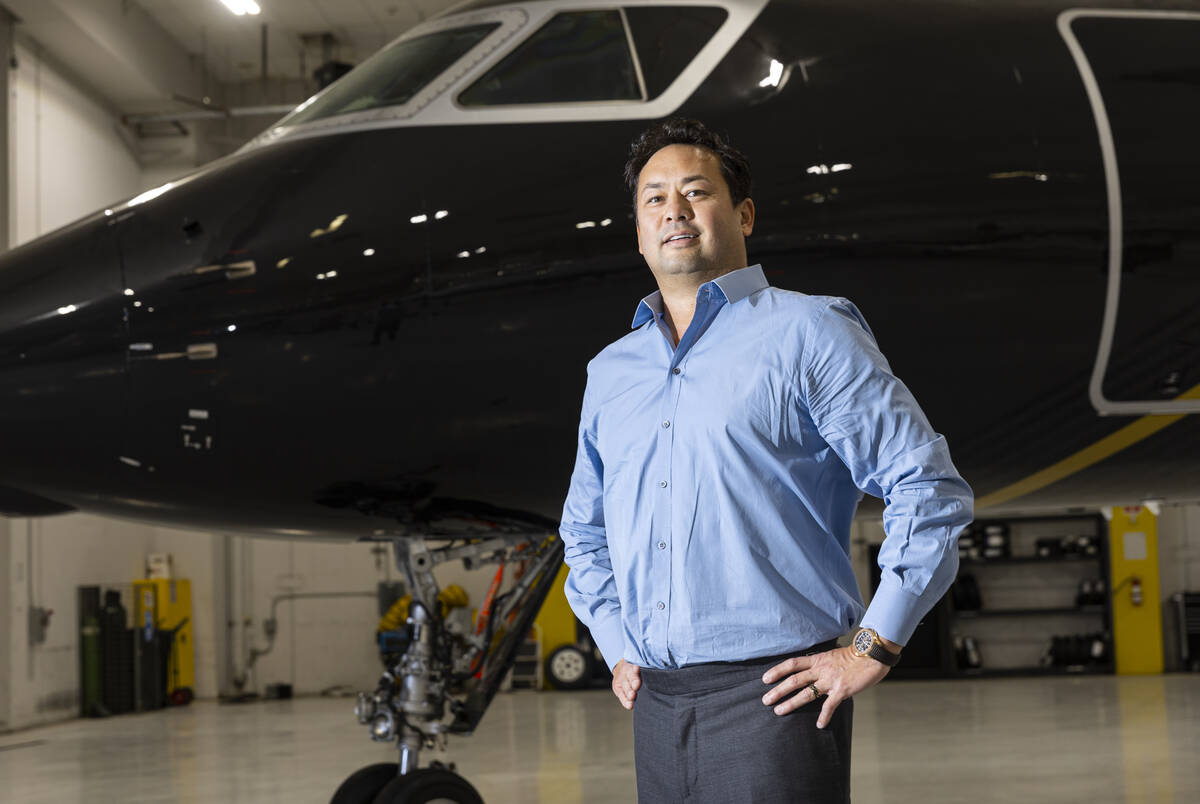 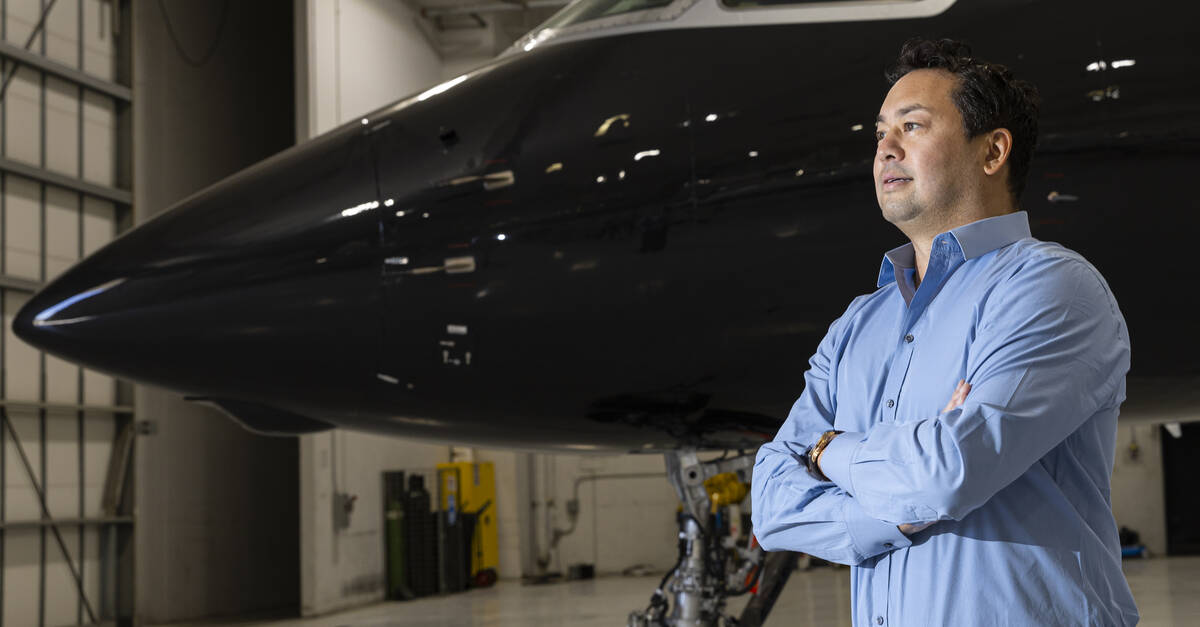 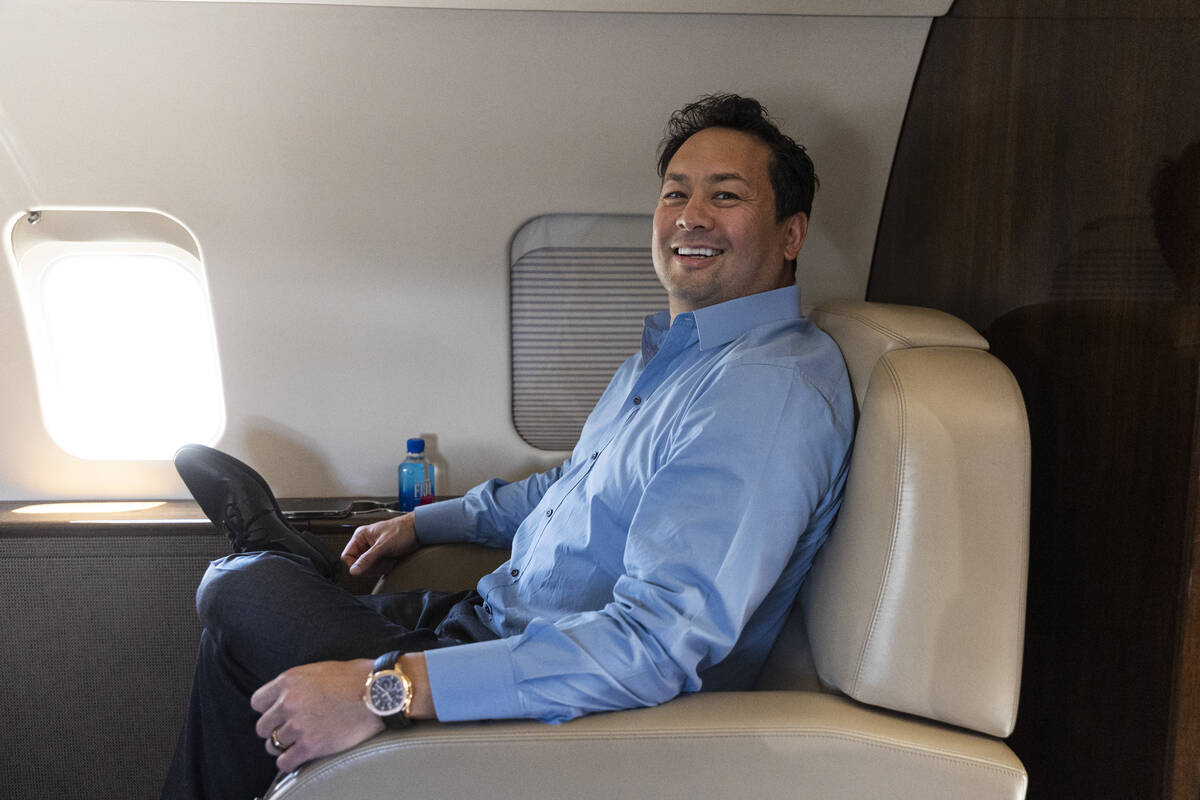 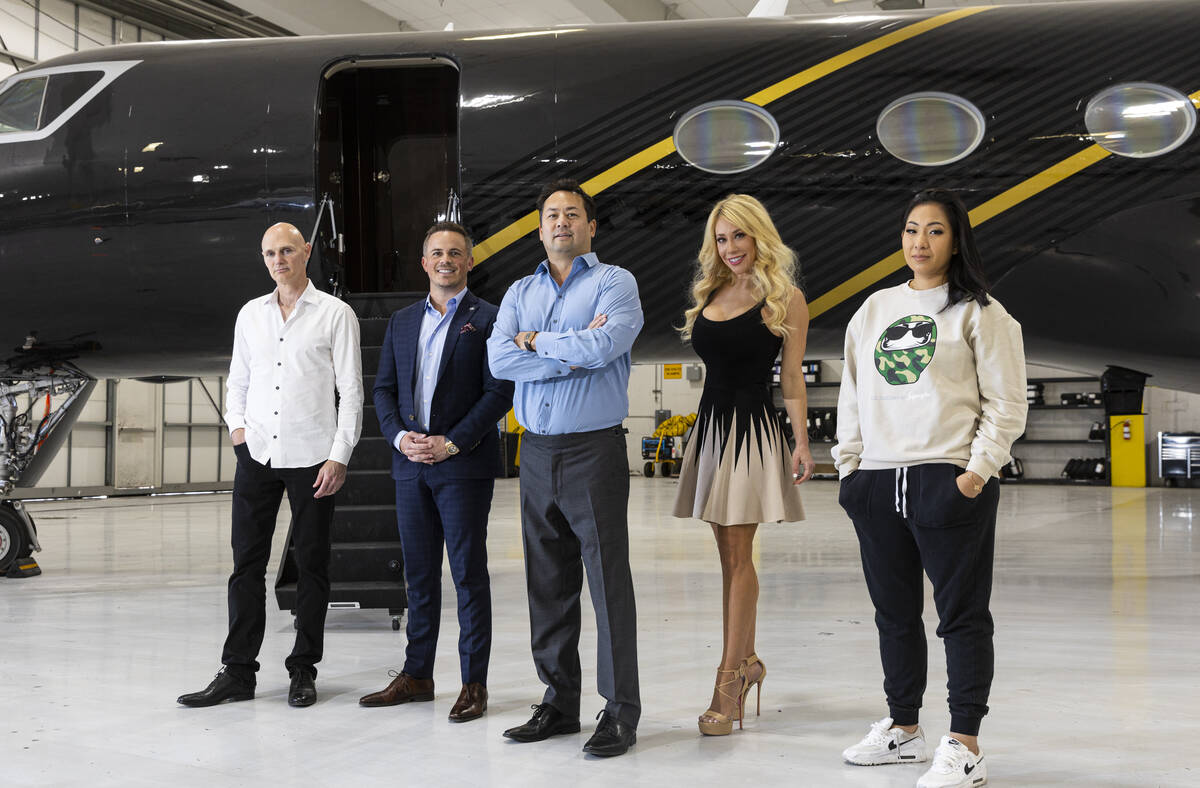 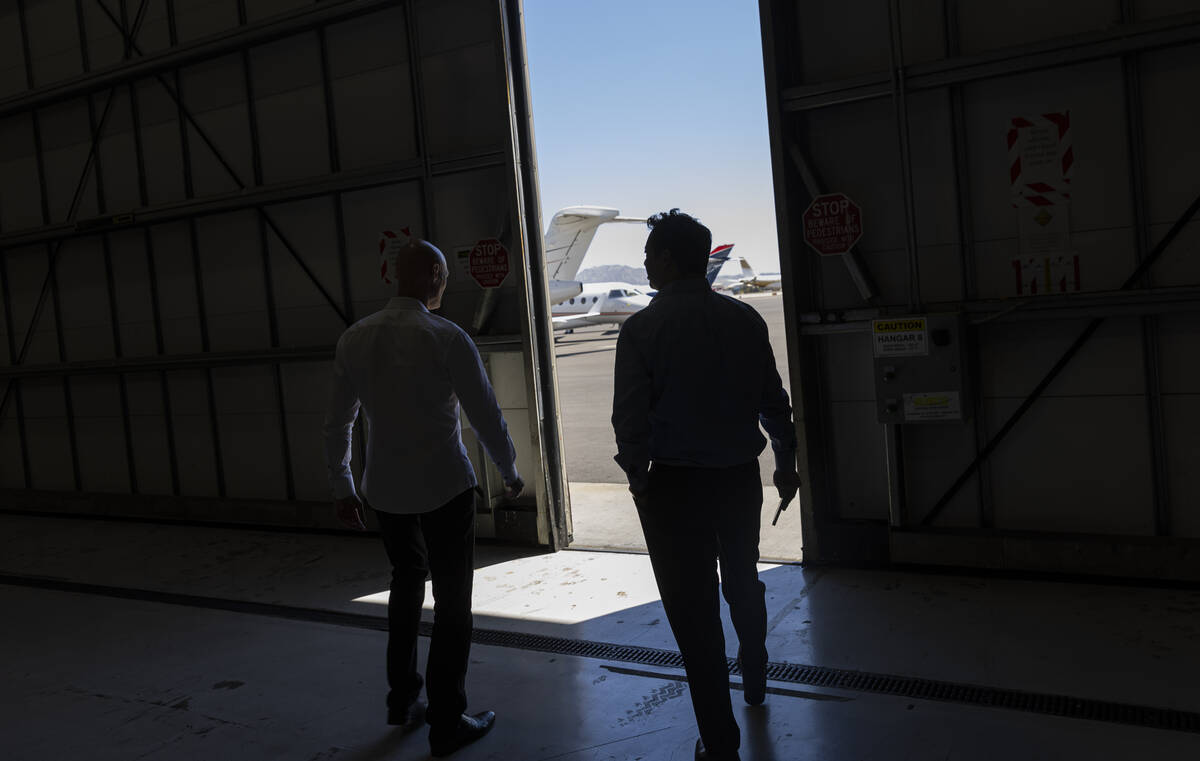 Five philanthropists are putting their money behind an effort to solve Southern Nevada’s cold cases.

They call themselves the Vegas Justice League, and each member has a common goal: Help real crime fighters clear out their backlog of long-unsolved murder cases.

The group was started by Justin Woo, whose money helped identify a suspect last year in the 1989 murder of 14-year-old Stephanie Isaacson, setting a world record for the least amount of DNA used to solve a case.

In December, Woo asked his wife and two friends if they would be interested in donating to help solve more cases. They agreed.

Woo said he wanted to name the group the Justice League, in honor of DC Comics, because they were a group of people trying to do good if not actual superheroes.

Each case requires a $5,000 donation for the DNA to be extracted from evidence, traced by a genealogist and potentially matched to a relative. As of June, the Justice League had donated enough for Las Vegas and Henderson police to study a combined seven cases through the Texas lab Othram Inc.

“I don’t know what the total cases is we could help law enforcement in Southern Nevada with, but it’s probably hundreds,” Woo said. “If we can get to the part where we don’t have a backlog and we’re testing something that happens tomorrow, we might help the investigative process out. They could do testing first and from a detective standpoint, know where to look. They can focus their efforts into the right spot.”

Ray Spencer, who was the Metropolitan Police Department’s homicide lieutenant before retiring last month, said he is excited about the additional funding.

“It will allow us to look at so many additional cases and look for results,” he said.

Woo was born in New Jersey but considers himself a West Coast person after growing up in Santa Maria, California. He still prides himself on making true Santa Maria tri-tip, with the correct wood and seasoning to create the unique flavor.

He moved to Las Vegas in 2015, retiring after a career in web design. Now 50, he enjoys making apps and flying his fleet of 10 drones, taking photos and videos commissioned by hotels around the world.

Woo saw the amount of interest nationally in his work while attending CrimeCon, a three-day expo in Las Vegas discussing true crime. He first extended the offer to donate to his inner circle, but now Woo said he’s looking at how other cities could make their own Justice Leagues.

Locally, Woo is hoping the next round of donations will come from large businesses in Las Vegas, like casinos.

“I would like to see other people in the community, leaders getting involved,” Woo said. “I see people give away hundreds of thousands to causes. If other people gave small chunks, it’s something we could do together.”

Electric violinist and DJ Lydia Ansel has spent her decade in Las Vegas performing with Rod Stewart, at the NFL Draft Experience and in her own residency at the Hard Rock Hotel.

When the pandemic hit, Ansel started traveling around the world posting videos of her music.

“We want to give back to the city that’s been so good to us,” Ansel said. “To think that there’s so many things you can donate to charities, but the impact you can see immediately with this one and how much, it’s mind-blowing.”

Ansel, who declined to give her age, and Woo married in February and asked in lieu of wedding gifts that family and friends donate to the DNA research. The request garnered another $15,000, which would go toward three cases.

“I’ve been performing for different charities, so when I saw an opportunity to do a single donation to help resolve some issues and give closure to families, vindicate someone or whatever else …” she said. “It’s where we all live, and it helps make it safer for everyone. You can’t really lose in trying to help your community.”

The Summerlin resident and mountain biking enthusiast has a 12-year-old daughter and is expecting a son in July.

“This is where I’m raising my family, where we can make the biggest difference,” he said. “I like the idea of being able to see we’re actually making a difference. Sometimes you don’t get to see change and influence. You don’t get to see the actual physical result of your efforts. It’s crazy this minimal amount of money can make such a big change in someone’s life.”

Tann, a New York native, moved to Las Vegas 17 years ago after visiting for vacation and seeing plenty of options for growth and opportunity in the city. Woo is a client of Tann’s agency and knew Tann’s commitment to donating to local causes.

“I love the idea of solving cases right in our backyard, making our city better and being a part of something big and innovative,” Tann said.

Greg Woods, president and CEO of Cirrus Aviation Services, moved to Las Vegas in 2009 from Vancouver, British Columbia, with his father and brother to found the company he now runs. Cirrus owns dozens of private jets that entertainers charter.

Woods, 49, said he tries to contribute to his community as much as possible and knew Woo’s newest endeavor would be a good step.

“I know when Justin’s involved in something, he really focuses on things,” Woods said. “I know it’d be successful because he’d be a part of it.”

Woods was a computer engineer before opening his company, but as an extrovert he now enjoys getting to talk to clients all day. He helped create the Las Vegas Ultimate Frisbee group, hoping the sport would grow to its current size in the valley.

Penny Chutima, 34, moved to the east side of Las Vegas in 1999 with her parents when her mother, Saipin, opened their restaurant, Lotus of Siam.

For Penny Chutima, the Justice League was a chance for her to combine her family’s love for philanthropy with her own love for true crime.

Chutima, who considers herself the manager of the popular restaurant, became the newest member of the Justice League when she put in her $5,000 donation in April. She now lives in Henderson with her own children, but her parents remain on the east side, miles from the restaurant’s original location on East Sahara Avenue.