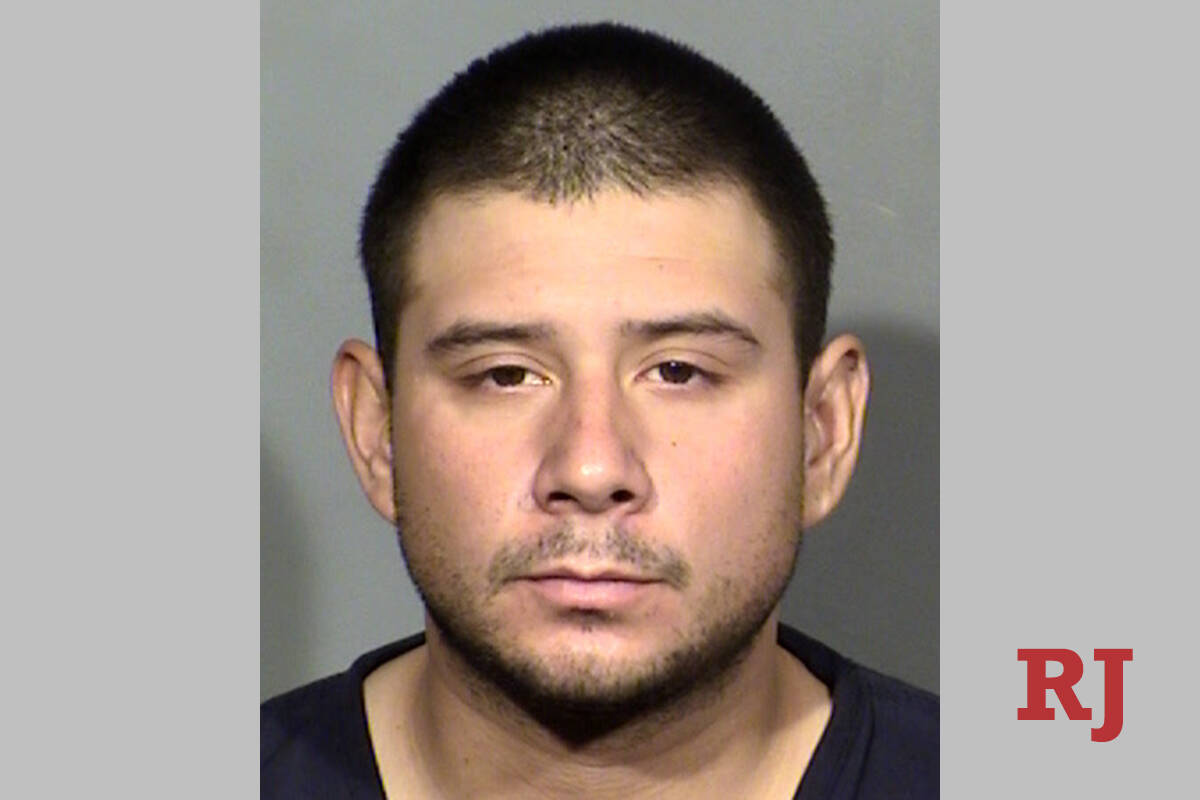 Joshua Billings, 27, was arrested and booked on a murder charge in connection with the death of Marcos Rocha, 30, according to jail records.

Rocha was found early Saturday morning near a trash dumpster in an alley of 1300 Sombrero Drive, near East Desert Inn Road and South Maryland Parkway, police said at the time.

He was pronounced dead at the scene from sharp force injuries to the neck and back, according to the Clark County coroner’s office.

Billings is being held without bail and expected to appear in court Tuesday.