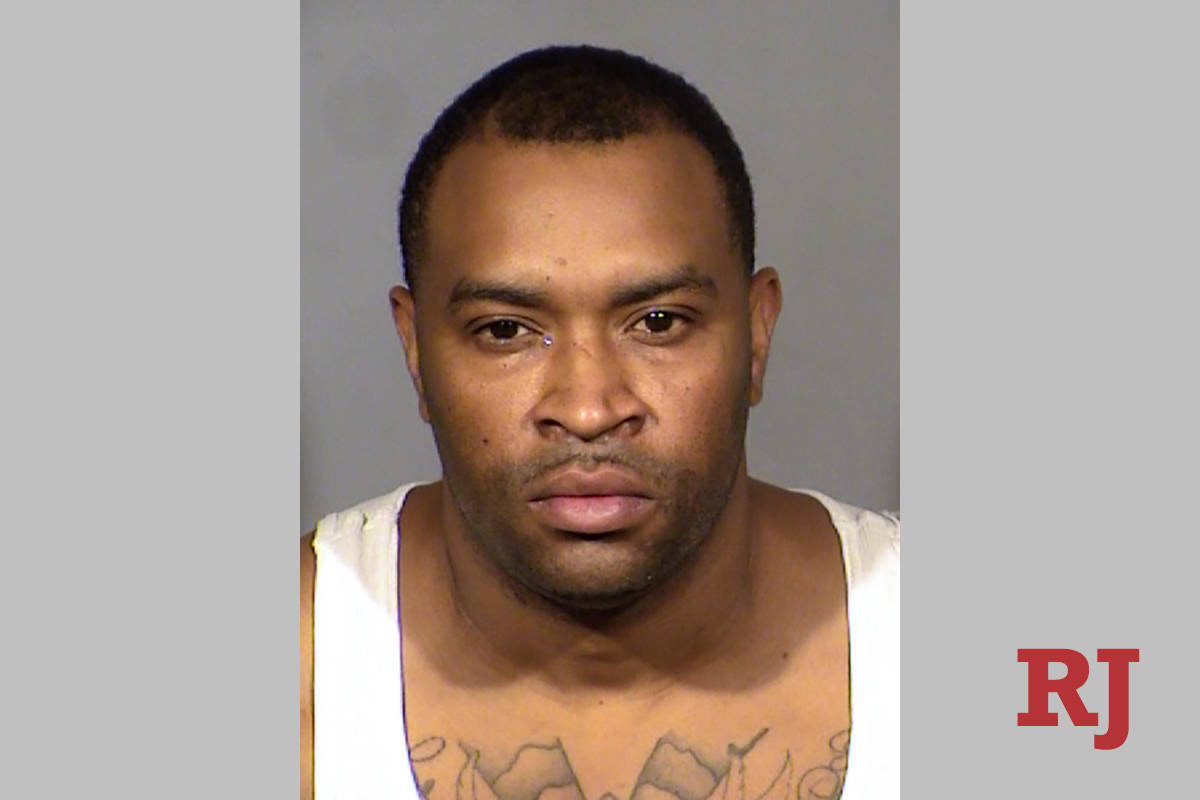 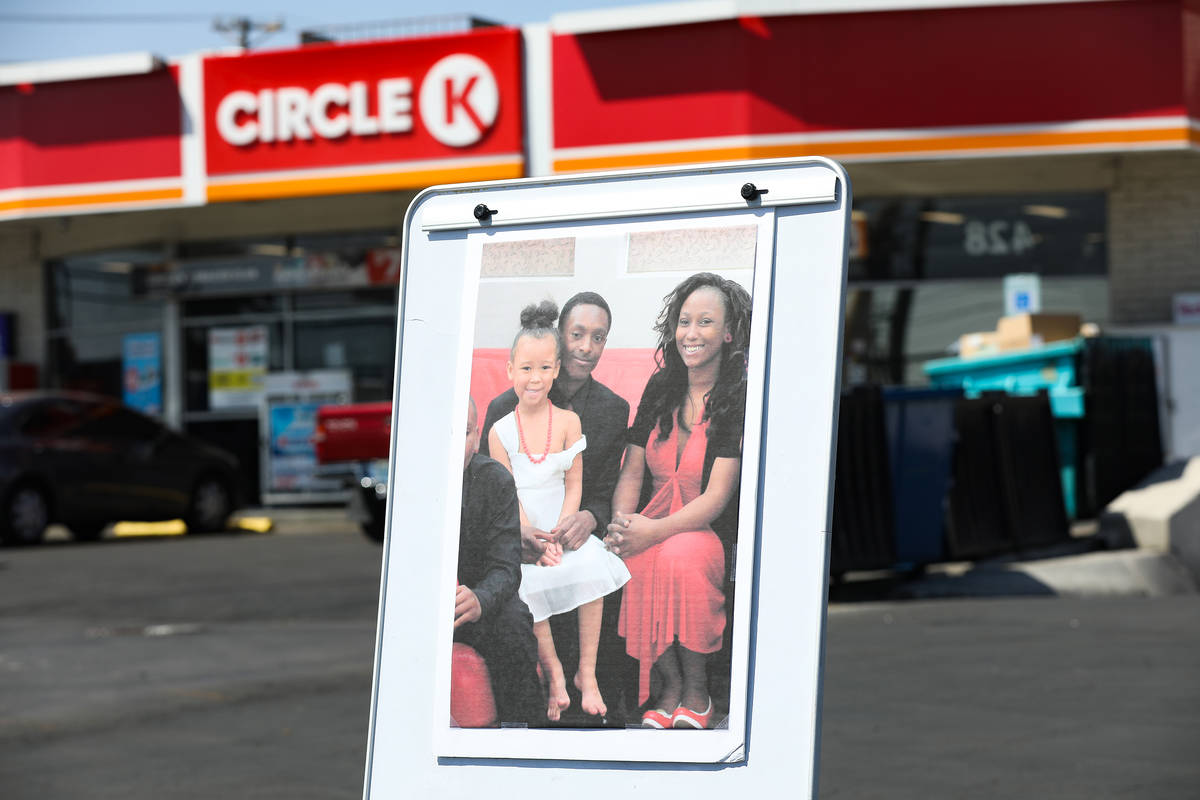 A photo of Kashif Brown with his family at a press conference hosted by the Metropolitan Police Department on Wednesday, April 14, 2021, in the parking lot of a Circle K in Las Vegas where Brown was killed. (Rachel Aston/Las Vegas Review-Journal) @rookie__rae

Las Vegas police have made an arrest in the random slaying of a man who was shot while pumping gas in central Las Vegas in March, according to Clark County Detention Center records.

Kyran Savage, Brown’s older sister, said the family is still torn apart by her brother’s death but thanked the Metropolitan Police Department detectives for their work in the case.

“We are extremely grateful and relieved that he was caught,” she said Friday. “We’re still saddened by what happened in the first place.”

Savage said that Lee was not known to the family and that they believe the killing was random, a statement police corroborated early on.

“I think it makes the situation so much worse because especially now knowing what actually happened, it was for completely nothing,” she said. “He was just at the wrong place and the wrong time.”

The family is planning to celebrate Brown’s 25th birthday privately Monday with cake and balloons.

Police said that Brown had pulled into the gas station on his way to his landscaping job about 3:30 a.m. After Brown made a purchase inside and headed out to his vehicle, a man pulled up and shot him during what investigators think was a random attempted robbery.

Police worked for months to make an arrest. They held a news conference with Brown’s family members, displaying surveillance video depicting a vehicle used in the crime in the hopes of generating leads.

Spencer said Friday that police never gave up on the case. He did not say what police think connects Lee to the killing.

“We knew early on that this was a random and senseless killing of a young man who was simply pumping gas on his way to work,” Spencer said in a text. “It was important to our team that we found the person responsible for his death. We worked tirelessly to give Kashif’s family closure in this case.”

Lee was not present for a court hearing Friday, when Hearing Master Daniel Westmeyer ordered him held without bail until a court appearance next week.