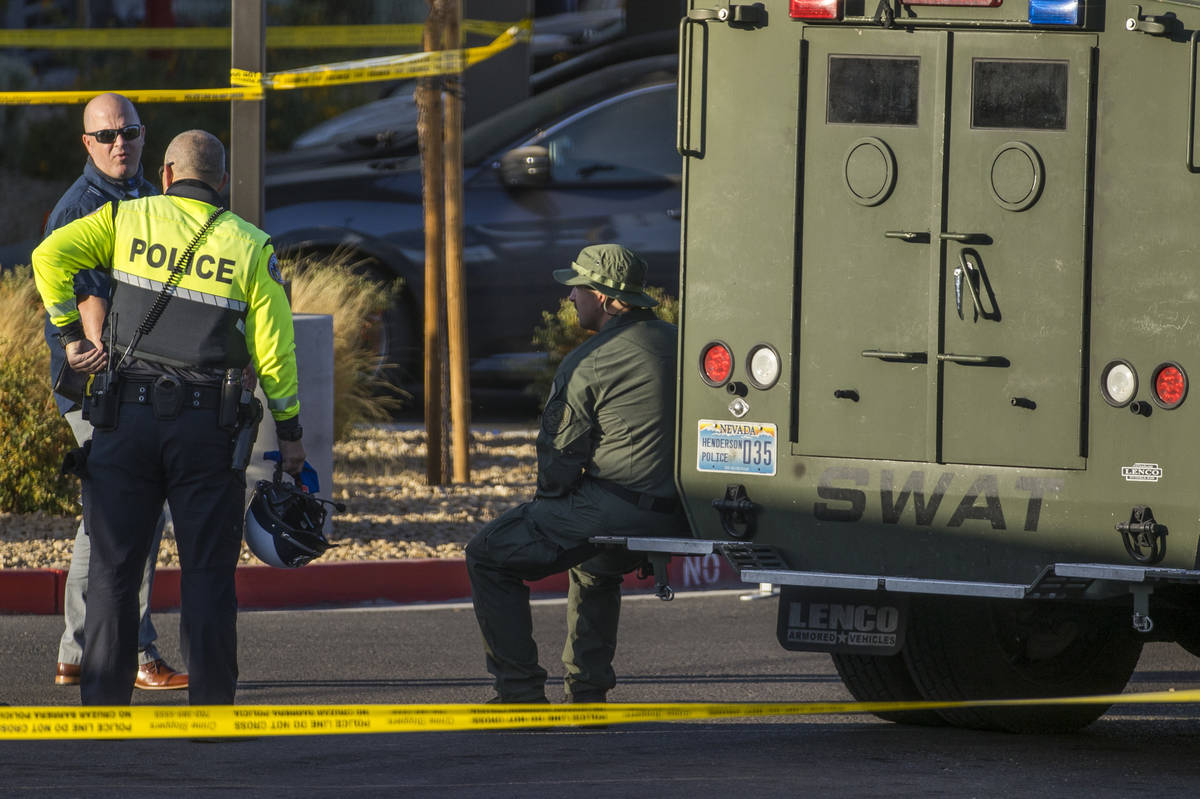 Emergency personnel as well as a SWAT vehicle about the parking lot after four were killed and one injured in police shooting at The Douglas at Stonelake Apartments on Tuesday, Nov. 3, 2020, in Henderson. L.E. Baskow/Las Vegas Review-Journal) @Left_Eye_Images 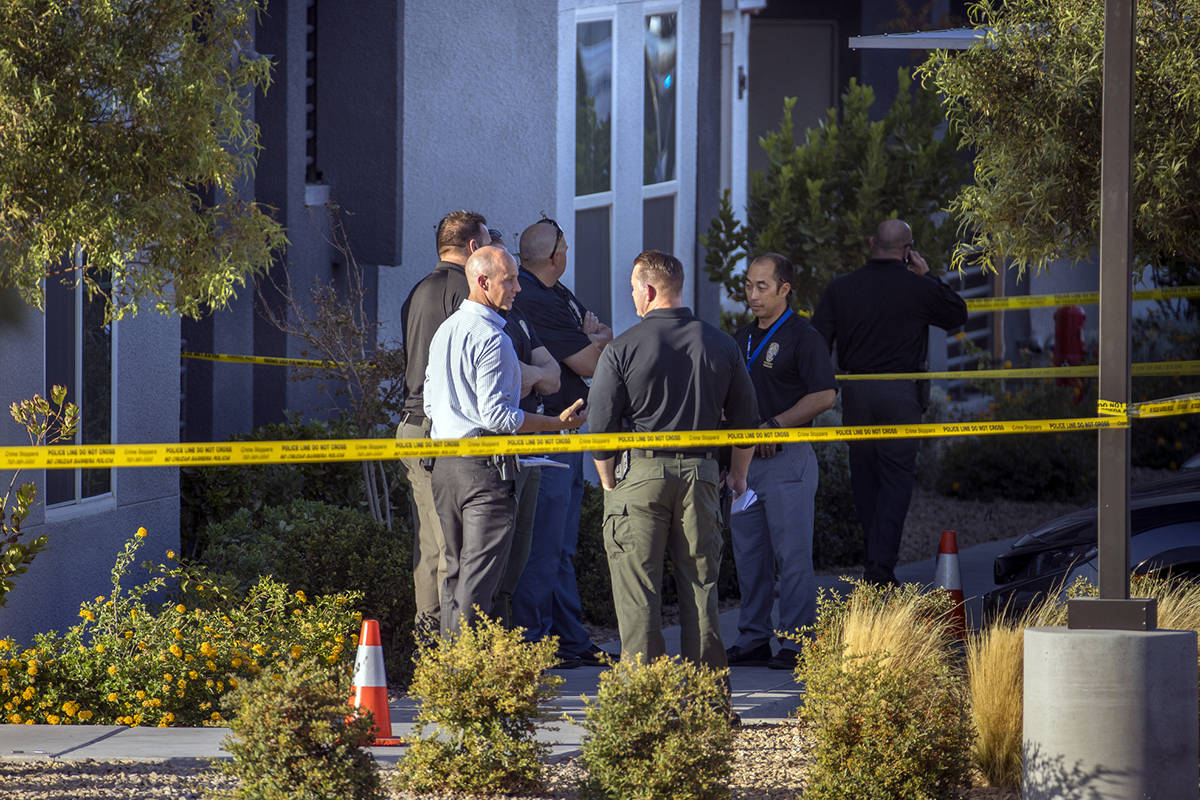 Officials gather outside after four were killed and one injured in police shooting at The Douglas at Stonelake Apartments on Tuesday, Nov. 3, 2020, in Henderson. L.E. Baskow/Las Vegas Review-Journal) @Left_Eye_Images

Body camera footage released by Henderson police on Wednesday shows an officer firing his weapon at a man holding a 12-year-old boy hostage at an apartment complex in November.

The man, 38-year-old Jason Neo Bourne, was shot and killed along with the boy, Joseph Hawatmeh, on Nov.  3 at The Douglas at Stonelake Apartments, 1445 Stonelake Cove. Ave., the Clark County coroner’s office has said.

Police have said that Bourne, who had just shot and killed two women, held a gun to the child’s head and opened fire in the car. The Henderson Police Department would not say Wednesday if any officers’ bullets struck the child.

Police spokeswoman Katrina Farrell said that in a video statement released Wednesday, Deputy Chief David Burns “indicated in there that it was the suspect’s actions that caused the death of the child.”

In the video statement, Burns said that “officers were unable to rescue the juvenile before he succumbed to the injuries inflicted by Bourne.”

Police were called about 11 a.m. to the complex after a neighbor reported hearing gunfire. When officers arrived, they found 33-year-old Veronica Muniz and 38-year-old Dianne Hawatmeh, both from Henderson, dead inside the apartment from gunshot wounds to the head.

Police also found a 16-year-old girl injured from a gunshot wound, the department has said. Friends of the Hawatmeh family told the Review-Journal the girl is Dianne Hawatmeh’s daughter, Yasmeen.

On Wednesday, Burns said that Bourne, who investigators believe lived in the apartment above the Hawatmehs, forced his way into the apartment just after a “brief interaction” with the victims. But a motive behind the shooting was unclear.

Bourne is heard in 911 calls he made prior to the shooting speaking to the child and threatening to kill him.

In the 911 calls, Bourne claimed he was “from the future,” was “doing a movie” and was a character from the Batman movies. He also said he had a gun and had killed someone.

Burns said that Bourne was on the phone with dispatchers when police found him and Joseph inside a Cadillac Escalade in the parking lot, but police did not release audio from that portion of the 911 calls. Police and dispatchers were trying to convince him to roll down his window to talk to officers, Burns said.

Body camera footage showed an officer pointing a rifle at the car and saying that Bourne is “pointing” his gun.

“Take the shot if you have it, but do not hit that …,” said a woman out of the camera’s view, whose sentence was cut off my the man firing his rifle.

Bullets rang through the complex moments after the officers shoot, and a male voice is heard screaming, “There’s a kid in the car!”

All were placed on routine paid administrative leave while the department investigates the shooting.