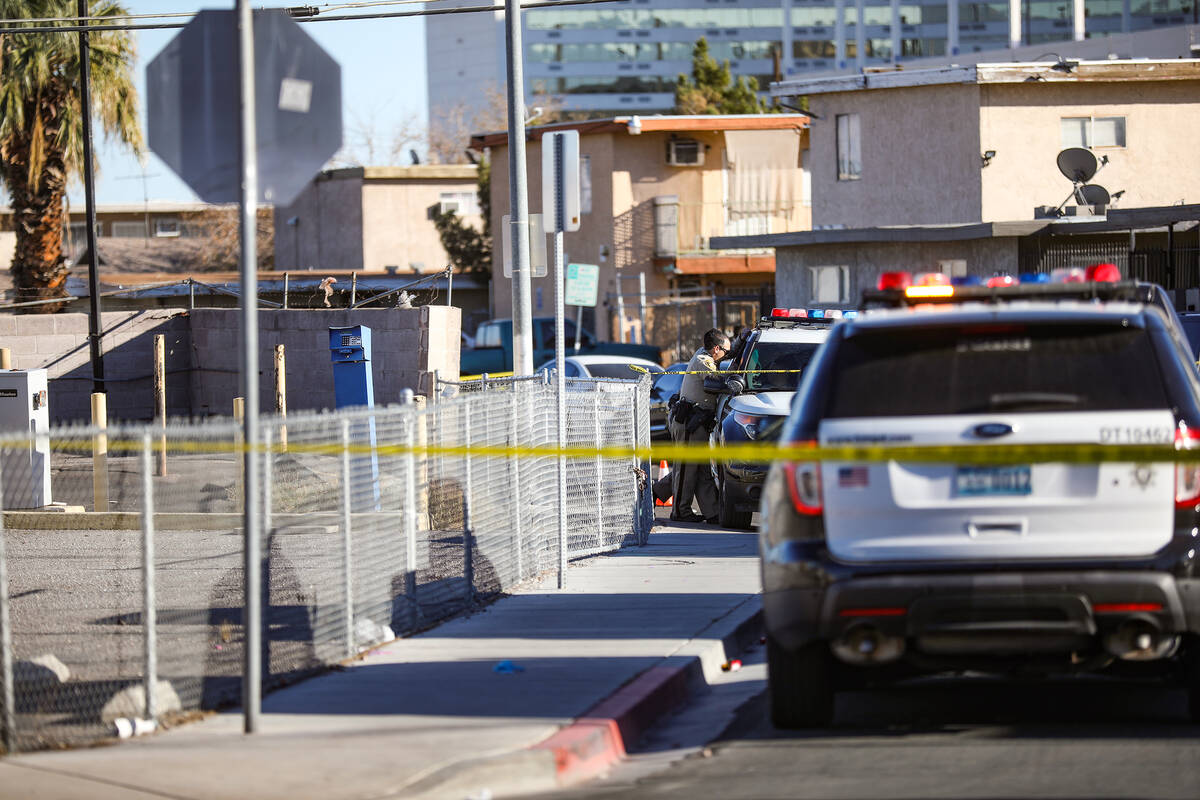 Police at the scene of a shooting near Chicago and Industrial in Las Vegas, Sunday, Jan. 2, 2021. (Rachel Aston/Las Vegas Review-Journal)

The Clark County coroner’s office has identified a man who was killed in a shooting Sunday in central Las Vegas.

Tracy Dixon died at University Medical Center after he was shot outside his apartment on the 200 block of West Chicago Avenue, according to the coroner’s office.

Police said Dixon was one of two 32-year-old men shot around 12:40 p.m. at the complex just north of the Strip.

The men were standing together when at least one shooter either drove up or walked up to them and opened fire, Metropolitan Police Department homicide Lt. David Valenta said at the scene Sunday.

No arrests had been made as of Tuesday morning.