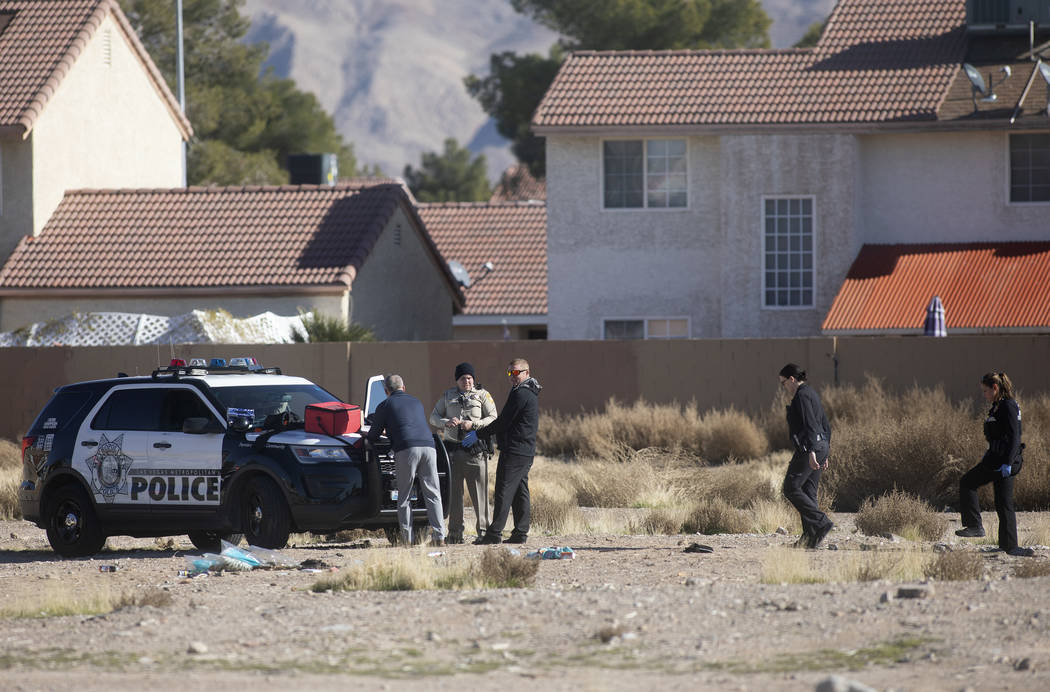 Metropolitan Police investigate the suspicious death of a man whose body was found in a vacant lot near the intersection of South Nellis Boulevard and East Vegas Valley Drive on Monday, Jan. 6, 2020, in Las Vegas. (Ellen Schmidt/Las Vegas Review-Journal) @ellenkschmidt_ 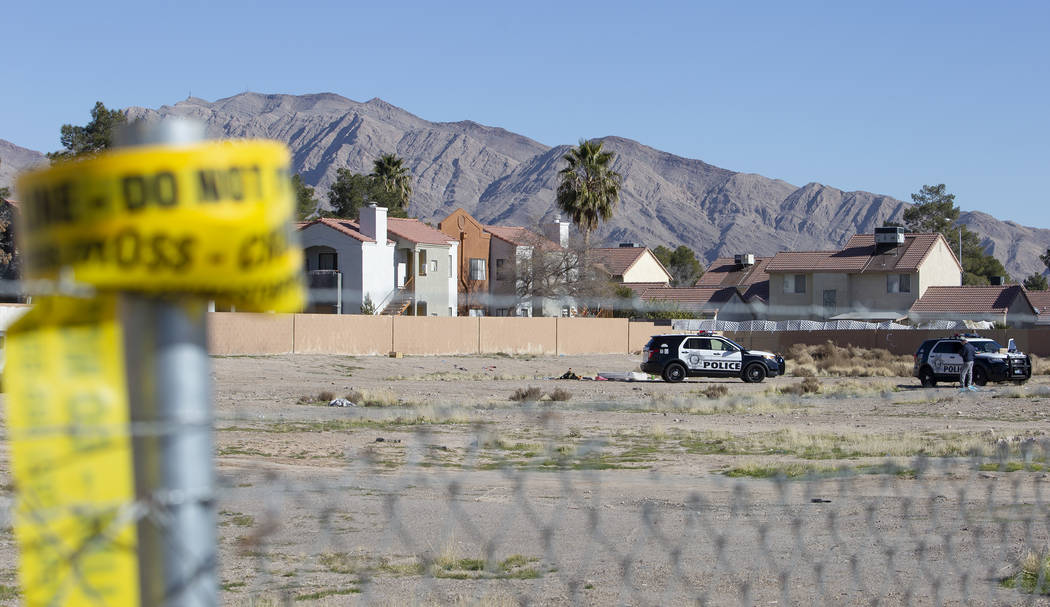 Metropolitan Police investigate the suspicious death of a man whose body was found in a vacant lot near the intersection of South Nellis Boulevard and East Vegas Valley Drive on Monday, Jan. 6, 2020, in Las Vegas. (Ellen Schmidt/Las Vegas Review-Journal) @ellenkschmidt_

The Clark County coroner’s office confirmed the identity of a man whose body was found Monday wrapped in blankets in a patch of desert in east Las Vegas.

In an arrest report for the suspect in the death released earlier this week, the victim was “tentatively identified as Joshua Pyzer.” According to the coroner’s office, Pyzer, 43, died of blunt force head trauma.

The body was found Monday in the desert near Nellis Boulevard and Vegas Valley Drive. It wasn’t clear how long Pyzer’s body had been there before the discovery, but according to the arrest report, Klophaus had asked a woman “for an alibi” on Jan. 4 because police would be looking for him.

Klophaus told the woman that he had gotten into a fight with Pyzer, and “it went too far,” the report said. When the woman asked if Pyzer was dead, Klophaus nodded, she told police.

He was taken into custody the next day. During an interview with officers, according to the report, he said he had done heroin with the victim roughly a dozen times but did not know anything about his death.

Court records show Klophaus has a criminal history in Clark County dating to at least 2016.

In 2017 and 2019, he pleaded no contest in two separate cases to a drug possession charge. In two more 2019 cases, according to the records, Klophaus also pleaded guilty to theft of less than $650 and possession of drug paraphernalia.

A preliminary hearing in the case is set for Feb. 12, court records show.