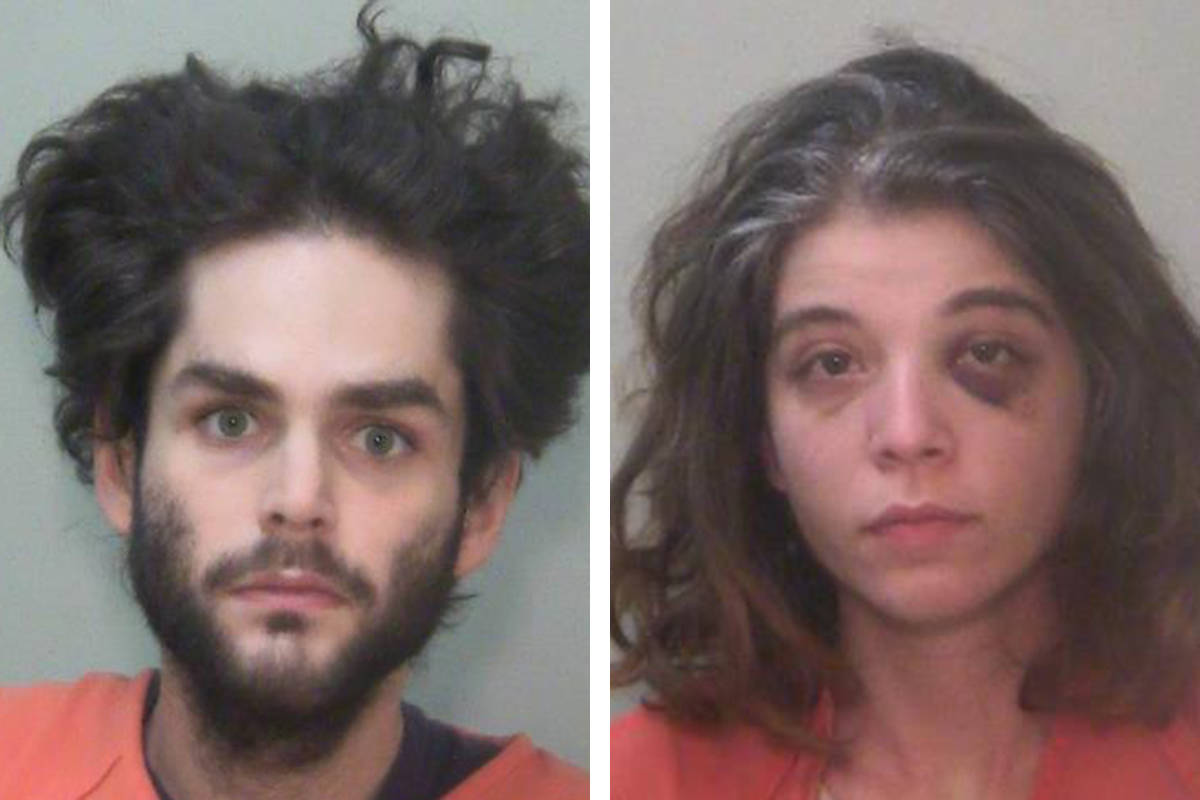 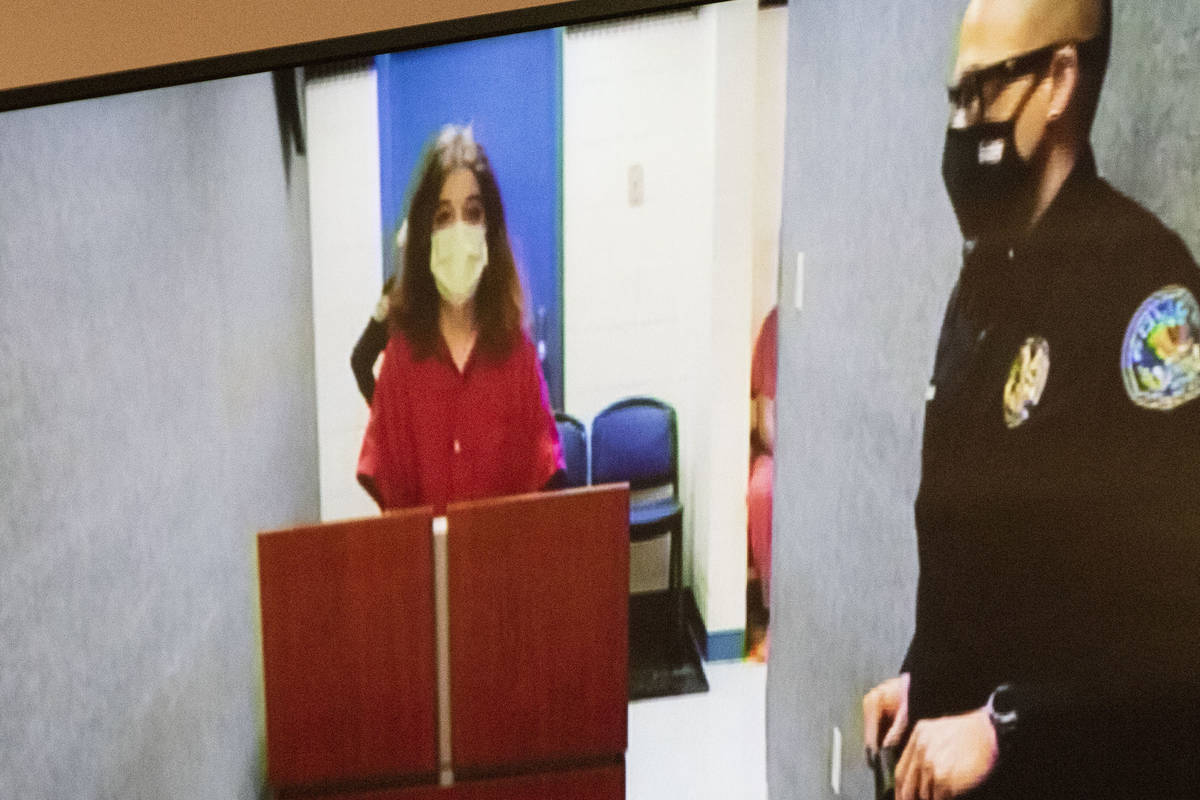 Kayleigh Lewis, one of three people charged in a shooting spree in Henderson and Arizona that left one man dead, appears via videoconference at Henderson Justice Court, on Wednesday, Dec. 23, 2020. (Bizuayehu Tesfaye/Las Vegas Review-Journal) @bizutesfaye 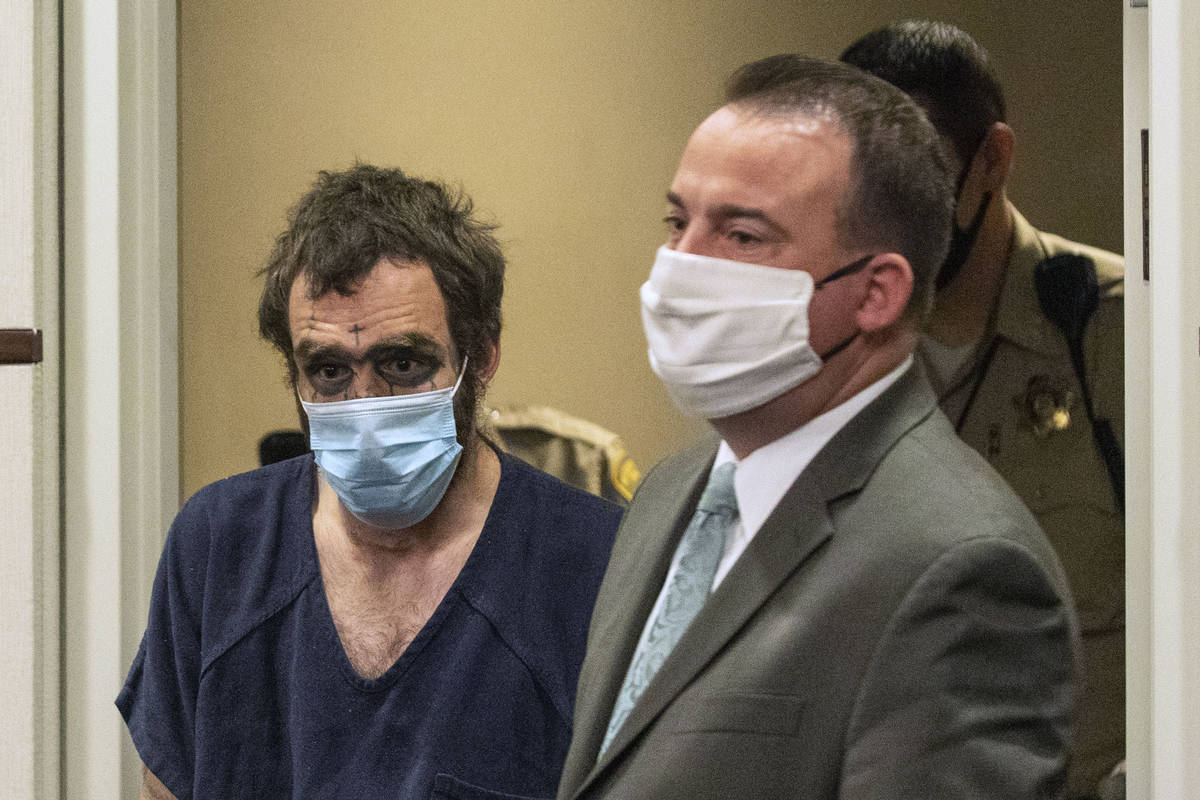 Christopher McDonnell, left, one of three people charged in a shooting spree in Henderson and Arizona that left one man dead, appears in court with his attorney Ryan Bashor at Henderson Justice Court on Tuesday, Dec. 15, 2020. (Bizuayehu Tesfaye/Las Vegas Review-Journal) @bizutesfaye 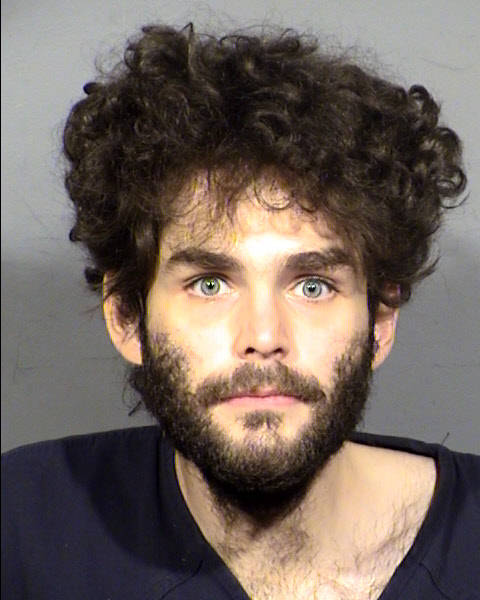 A couple charged in a fatal Thanksgiving shooting spree that began in Henderson and continued in Arizona has been extradited to Nevada.

Shawn McDonnell and his wife, Kayleigh Lewis, were scheduled to face a judge in Henderson Wednesday morning.

But Henderson Justice of the Peace David Gibson postponed the hearing until Thursday to allow newly appointed defense attorneys to review details of the allegations. Lewis appeared at the proceedings by video from jail, while McDonnell was in quarantine and not present.

His brother, Christopher, is also charged in the shootings.

Prosecutors have said they are pursuing possible terrorism and hate crime charges, along with murder and attempted murder, and considering the death penalty.

“We have a good idea of the facts that happened here and in Arizona,” Chief Deputy District Attorney Michael Schwartzer said after the hearing. “Now it’s just a matter of what crimes were actually committed and charging the proper crimes. But obviously there’s still ongoing investigations, ongoing forensic testing, ongoing interviews.”

In one of the shootings, 22-year-old Kevin Mendiola Jr. of North Las Vegas was killed and three others injured in front of a 7-Eleven on the 800 block of East Lake Mead Parkway in Henderson.

In a statement to authorities, Christopher McDonnell said his brother told him to “shoot the black guy” and referenced an “upcoming war,” prosecutors said.

Four other shootings occurred on Henderson roads around the same time, according to a Henderson police report. At least 10 people were targeted, and authorities received a report of another shooting that could bring that total to 11, prosecutors said.

The crimes continued in the Parker, Arizona, area, where authorities said five more shootings occurred before the trio from Tyler, Texas, was arrested. Authorities said the arrests followed a vehicle chase, a crash and a shooting involving the Arizona Department of Public Safety in La Paz County.

The McDonnells and Lewis had traveled as far as Washington, D.C., before returning west to the Las Vegas area. On that drive, District Attorney Steve Wolfson has said, they crafted a plan for a series of shootings. 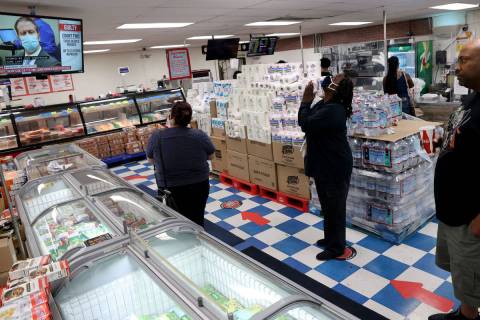