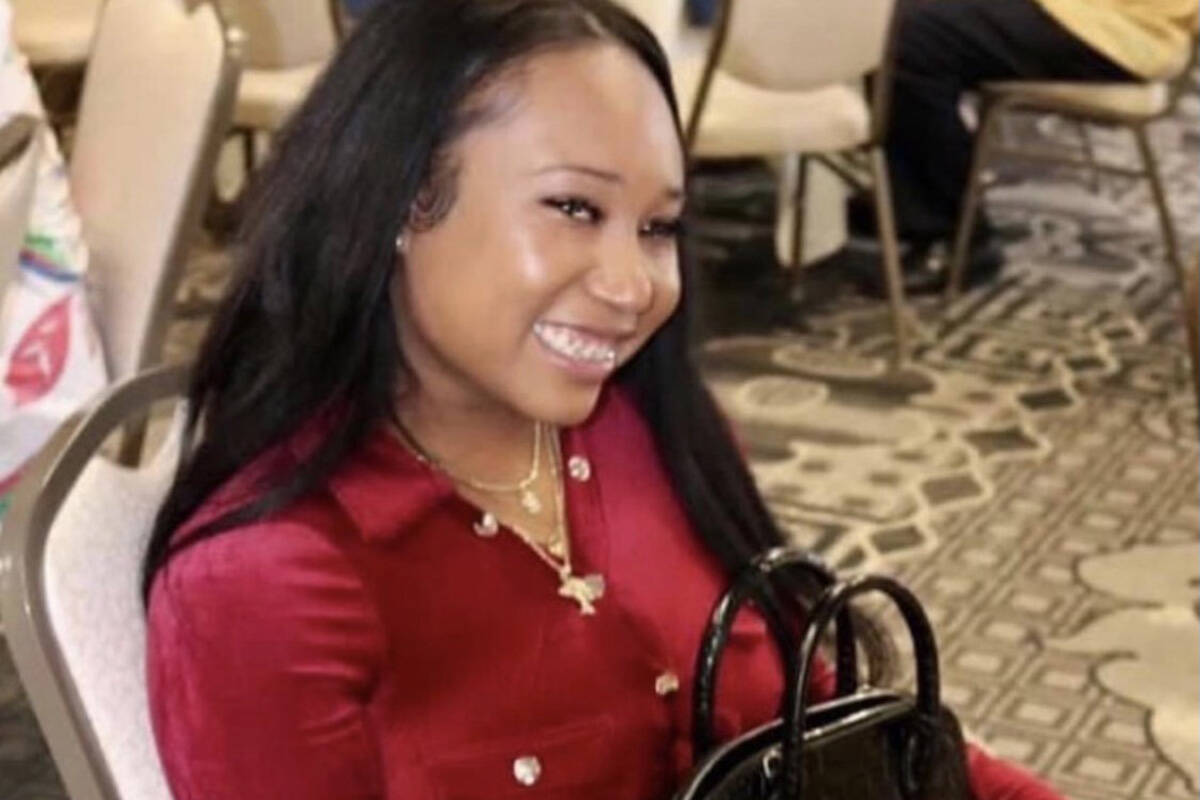 Destiny Jackson poses in an undated picture. Jackson's family said the 24-year-old was found dead on Saturday, Sept. 11, 2021, in a desert area south of Las Vegas after she was reported missing the day prior. (Gladys Toleafoa) 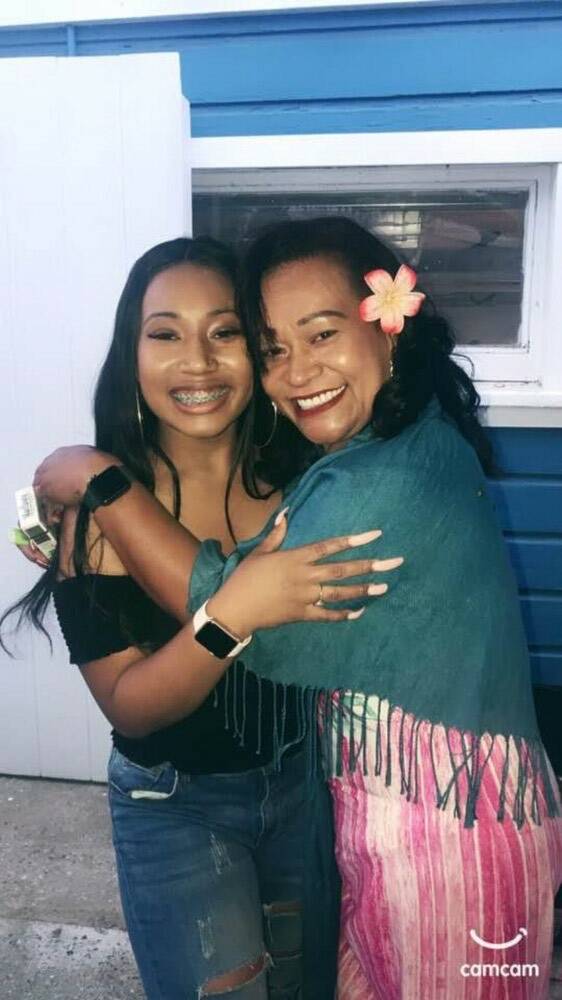 Destiny Jackson, left, poses with her mother in an undated picture. Jackson's family said the 24-year-old was found dead on Saturday, Sept. 11, 2021, in a desert area south of Las Vegas after she was reported missing the day prior. (Gladys Toleafoa) 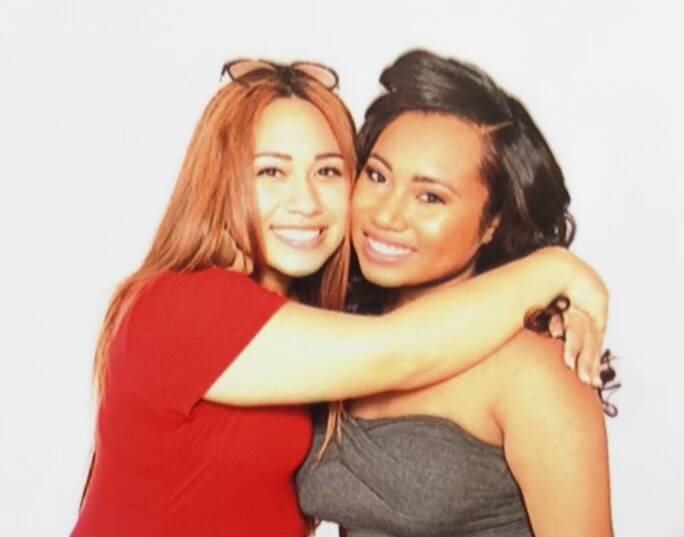 Destiny Jackson, right, poses with her cousin, Gladys Toleafoa. Jackson's family said the 24-year-old was found dead on Saturday, Sept. 11, 2021, in a desert area south of Las Vegas after she was reported missing the day prior. (Gladys Toleafoa)

Destiny Jackson’s family doesn’t know how the 24-year-old went from making plans for her cousin’s wedding last week to being found dead in a remote desert area south of Las Vegas less than 48 hours later.

“She was taken away from us, her mom, her siblings, her dad,” Jackson’s cousin, Gladys Toleafoa, told the Review-Journal. “What’s more heartbreaking is that we just don’t have any answers for what happened.”

About 5:50 p.m. Saturday, a hiker called 911 after finding a woman’s body in a desert area near the 17000 block of Las Vegas Boulevard South, which is south of the SpeedVegas racing attraction, the Metropolitan Police Department has said. The hiker found the body on a dirt road leading off of Las Vegas Boulevard South, which runs parallel to Interstate 15 in the area, homicide Lt. Ray Spencer said Thursday.

“They were out there and they noticed something unusual on the ground while they were walking, and that’s what caught their attention,” Spencer said.

Spencer said that when police arrived at the scene it was “immediately apparent” that the woman had been killed.

The Clark County coroner’s office has not officially identified the woman’s body as of Thursday morning, but Toleafoa said officials from the agency told her family on Sunday that their cousin was the woman found dead. They still don’t know how Jackson died, Toleafoa said.

Spencer said detectives are working to identify a motive and a suspect in the woman’s death, but he declined to discuss more specifics of the case due to the open investigation. Police are searching for Jackson’s car, a gray 2007 BMW, which has not been seen since she went missing.

Police believe she may have been alive as early as Friday evening, and her body was found “relatively quickly” after her death, Spencer said. Investigators do not think it was a random killing, but they are still trying to piece together all the details.

“Homicides in the desert are typically a lot more problematic for the investigation aspect because there are a lot of moving parts,” Spencer said.

Toleafoa last spoke with her cousin late Sept. 9, when they talked about Toleafoa’s upcoming wedding, which Jackson was supposed to attend as a bridesmaid. Toleafoa said Jackson posted on Instagram a few hours later, and her “hair and makeup was done.”

Jackson dropped her boyfriend off for his overnight shift on Sept. 9, but never came to pick him up on Friday morning, Toleafoa said.

When Jackson didn’t call her mother in Los Angeles on Friday, Toleafoa and the rest of her family knew something was wrong, she said. They spent the weekend waiting for news after reporting her missing.

Toleafoa said she was with Jackson’s mother when her phone lit up with a caller ID from the Clark County coroner’s office.

“When my aunt saw that on the phone, the scream that came from her… it was awful,” Toleafoa said.

Jackson grew up in the Los Angeles area and moved to Las Vegas about five years ago. She stayed in the valley, where her father and his family live, but she made a point to always check in with her mother and younger sister in California, Toleafoa said.

Toleafoa said Jackson had “no filter” and never failed to make her laugh with her silly antics. They grew up together, playing video games, buying colorful skinny jeans and straightening their hair as teenagers. When Toleafoa went through her first breakup, Jackson was there to comfort her.

“It just makes me sad that I’m not going to go through our adult lives together,” Toleafoa said.

Jackson had a passion for music that she shared with her boyfriend, Toleafoa said. She even had a SoundCloud account that she would “play around” on t0 post her music online.

Toleafoa said Jackson’s dog was “basically her baby,” which was fitting since she named the pit bull mix “Baby Shark.”

“She was just a pure, sweet soul,” Toleafoa said. “She didn’t deserve this. No family deserves to go through this kind of pain.”

Toleafoa created a GoFundMe account to raise money to bring her cousin’s body back to Los Angeles to be buried. As of Thursday afternoon, the fundraiser had raised more than $10,500.

Las Vegas police are asking for anyone with information about Jackson’s killing, or who may know the location of her gray 2007 BMW, to contact Metro’s homicide section at 702-828-3521, or at homicide@lvmpd.com. Anonymous tips can be left with Crime Stoppers at 702-385-5555.