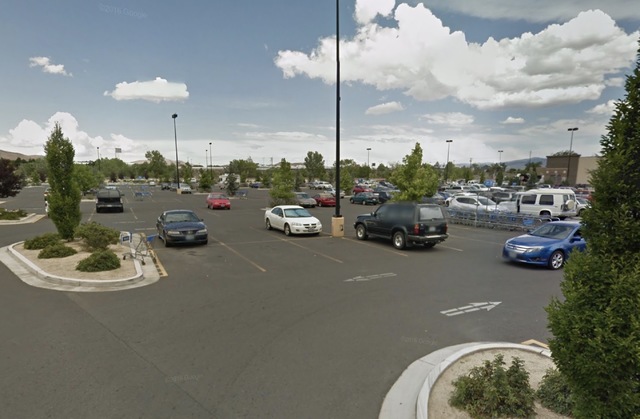 The parking lot of the Wal-Mart in Reno where a man was shot on Thanksgiving. (Google Street View)

RENO.— A man was shot to death in a Thanksgiving night dispute in the parking lot of a Wal-Mart. Reno police said Friday they were investigating the incident as possible self-defense.

Investigators have questioned the shooter but have not arrested him, Reno police Lt. Sean Garlock said. Officers were looking at road rage as a potential cause of the confrontation that happened about 6 p.m. Thursday in the parking lot near a freeway exit, he said.

Police believe the 33-year-old man killed at the scene may have been armed with a stick or a bat and hit the shooter’s car before the weapon was fired, Garlock said. The shooting did not appear to be related to shopping, authorities said, and the store was open Friday.

Officers were investigating whether the argument started in the parking lot or ended there after being sparked somewhere else.

The vehicles and gun have been recovered. Nevada law does not require a concealed-weapons permit for guns kept inside a vehicle, Garlock said.

The names of the man who died and the shooter were not immediately released.