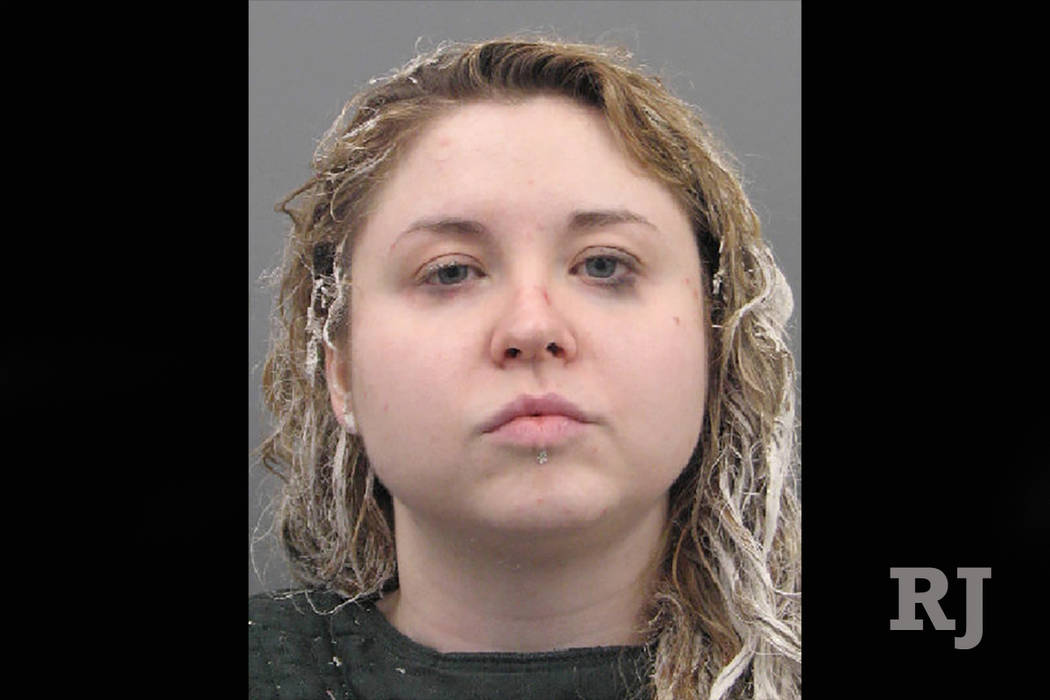 After dialing 911, Carly Kalbfleisch told emergency dispatchers that she thought she killed her mother. When officers arrived, she told them she hoped she had.

“Please tell me she is dead,” she said, according to a Henderson police report on her arrest.

Kalbfleisch, 26, is being held at the Henderson Detention Center on a charge of open murder. She was arrested about 12:20 p.m. on May 30 at a home on the 3700 block of Via Gaetano Street, near St. Rose Parkway and Bermuda Road.

Her mother, Rebecca Susan Kalbfleisch, 65, died in the home’s garage. She had more than 70 stab wounds and cuts on her upper body and a major head wound, apparently from being hit with either a paint can or a vase, the arrest report says.

Carly Kalbfleisch was arrested without incident, police have said. She told detectives that she “just started hitting her mother and couldn’t stop” and asked the officers if she would get life in prison or the death penalty for what she did, the report says.

Then she told the officers that she wanted a lawyer present because she is bipolar, the report shows.

Court records show Kalbfleisch pleaded no contest to a domestic battery charge in October 2014. She was ordered to pay a fine and spent about nine months under court supervision.