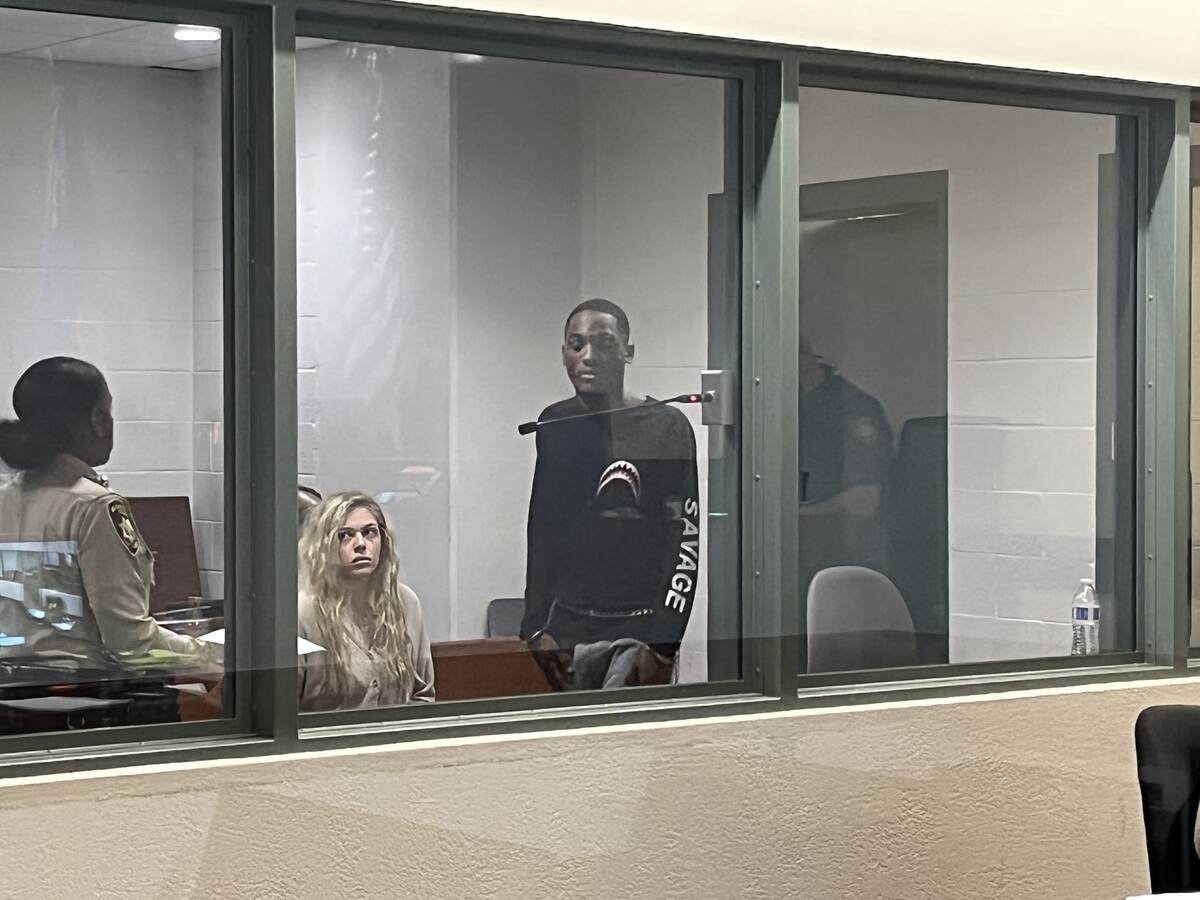 Kamari Oliver, 18, appeared in court on Tuesday, March 29, 2022, in front of Las Vegas Justice of the Peace Elana Lee Graham. Oliver was arrested in connection with an attempted robbery and fatal shooting at a Las Vegas home. (Katelyn Newberg/ Las Vegas Review-Journal) 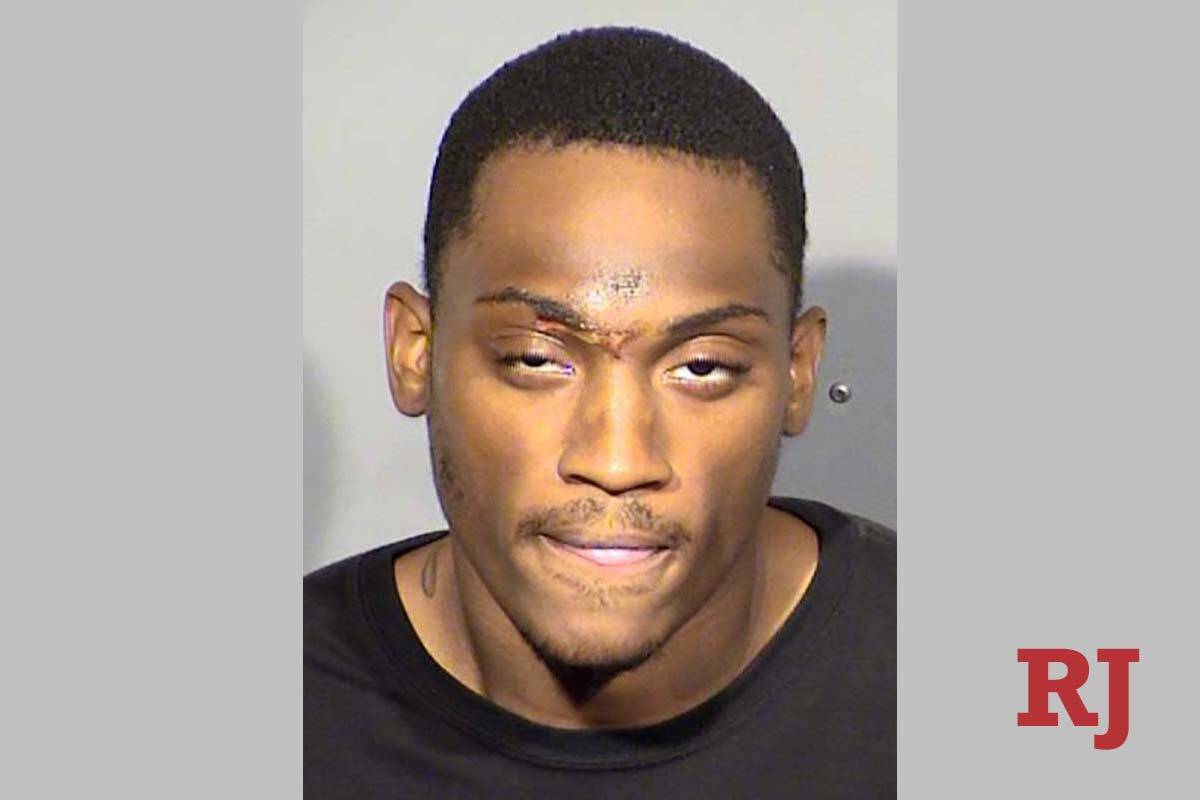 A Clark County School District student arrested in a targeted robbery and killing at a southwest Las Vegas home left his school homework in a car that police say was used to carry out the crime, according to a newly released arrest report in the case.

High school student Kamari Oliver, 18, has been charged with murder, robbery, burglary and kidnapping in the March 25 slaying of Natalie Manduley, 24, of Las Vegas, at a home near South Torrey Pines Drive and West Robindale Road. An arrest report for Oliver indicates he was taken into custody at a Las Vegas Valley high school on March 28.

Manduley, police said, was shot in a bedroom of the home in the 6400 block of Bright Nimbus Avenue during a home invasion and armed robbery. She lived there with a w0man and her boyfriend. Police said in Oliver’s arrest report that the boyfriend is known for “selling high end jewelry on Instagram.”

Police said the robbery unfolded at 2:10 p.m. when three men and a woman broke into the home and demanded money from the occupants. A surviving female victim was forced into a closet at gunpoint and repeatedly asked “What’s in the safe.” A gun battle then broke out between Manduley and her assailants, leaving Manduley dead in a bedroom.

Police said they found 26 different cartridge cases at the scene.

Manduley’s boyfriend reported to police that $5,000 in cash stolen. He told police he had gone to the store at the time of the robbery, then returned home and found the assailants leaving the crime scene in a white Mercedes-Benz. They drove off in the Mercedes, and the boyfriend followed them and smashed his car into the back of the assailants’ car, causing it to crash into a wall near the house. The driver of the Mercedes got out and fired several shots at the boyfriend, police said.

Oliver’s arrest report indicates police searched the Mercedes and found $5,000 cash inside as well as a red backpack.

“Inside the backpack was a school Chrome Book along with a notebook of schoolwork, specifically math work,” police said. “In the top right corner of the schoolwork, the name ‘Kamari Oliver’ and ‘5th Period’ were written.”

Homicide investigators checked with school district police and learned Oliver was a student at a CCSD high school. He had an unexcused absence for the last two periods of school on the day of the killing, police said. On March 28, school police notified homicide detectives Oliver had showed up at school where he was taken into custody.

Police said Oliver had a burn and laceration above his right eye. He also had a small abrasion on the center of his forehead and nose.

“Oliver was asked about his injuries,” police said. “He stated he was in a fight at a party over the weekend. When confronted about the murder, Oliver stated he wanted a lawyer and all questioning stopped.”

“I think the evidence is going to show he never went inside of that house,” Winder said. “He’s an 18-year-old with no prior criminal history as an adult or juvenile. We believe the facts are going to show he was not involved in any murder.”

Police said video surveillance showed Oliver disposing of a handgun near the crime scene. Police also said they received a call from a witness who said they gave Oliver a ride from the area shortly after the homicide. The witness said Oliver approached them in their vehicle and told them he’d been beaten up in a fight and needed a ride.

Las Vegas police declined a request for an interview Monday, citing an ongoing investigation. Oliver’s arrest report indicates the female who participated in the robbery was known to the victims and had socialized at the house the day prior, police said.