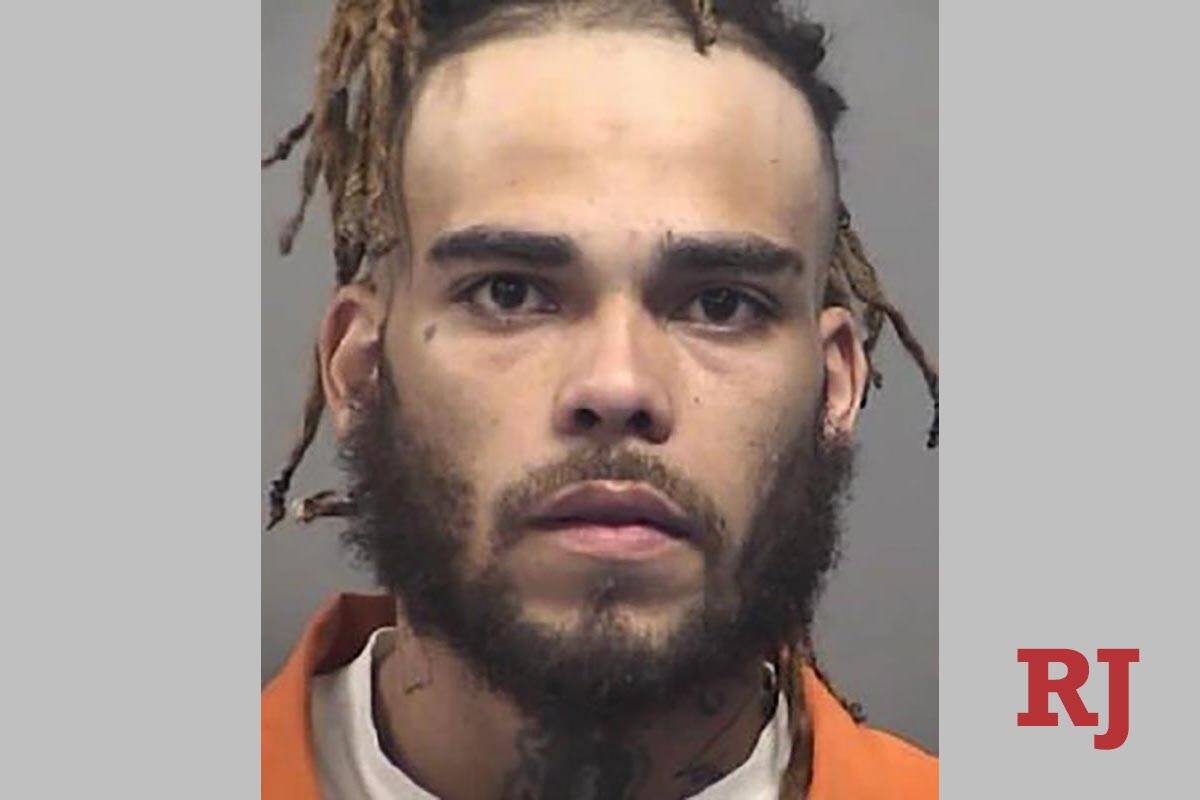 A man arrested in connection with a homicide in North Las Vegas texted the victim’s sister to taunt her after the shooting.

Byron Manning, 24, was arrested April 8 and charged with one count of murder, according to court records.

Manning was suspected of fatally shooting 34-year-old Ronald Moore on April 7 at an apartment on the 3300 block of Civic Center Drive, according to an arrest report from the North Las Vegas Police Department released Thursday.

A woman told police she had asked Manning to move his things out of their apartment after their 4-year relationship ended. Moore, the woman’s brother, was at the apartment because of threatening texts Manning had sent.

“The threats stated Byron was going to hurt somebody important in her life,” detectives wrote in the report.

Differing stories from the woman’s family and Manning’s brothers, who were also present, made it unclear how many people fired weapons. Multiple shell casings from a .223-caliber rifle were found at the scene.

“Byron later called her and said ‘ha ha, I got him,’ ” detectives wrote in the report.

Manning and his family, including a 2-year-old child, were found less than two hours after the shooting in Jean, according to the arrest report.

Police said Manning’s brothers told police Manning was the person who fired the rifle at Moore, but Manning changed his story multiple times, denying he had a gun and denying he ever fired it.

“Throughout the entirety of the interview, Byron gave misleading answers and was evasive,” police wrote.

Manning is being held without bail and is scheduled to appear in court again Tuesday.