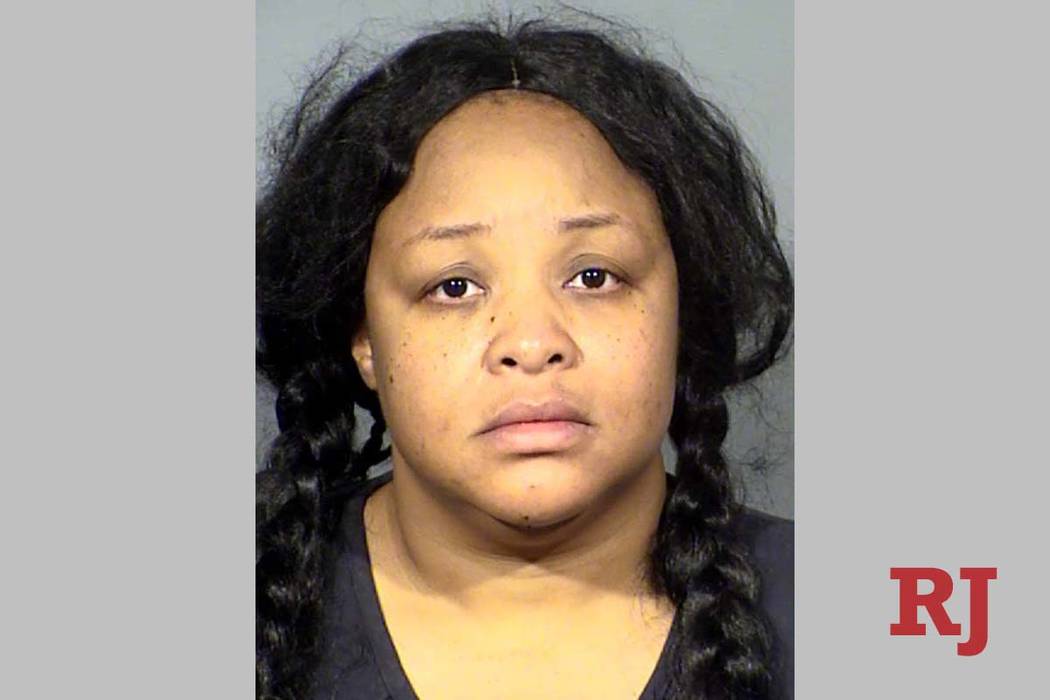 While paramedics checked on the three young children’s father, the oldest — an 11-year-old boy — told one of the first-responders, “Mommy was squeezing daddy very tight and stabbed daddy,” according to police documents.

It was just before 9:30 a.m. on Saturday when the children, ages 8, 10 and 11, ran into the management office of the Budget Suites of America at 4205 W. Tropicana Ave. in Las Vegas asking for help for their father, identified in the documents as Johnny Franklin.

About 20 minutes later, Franklin would be pronounced dead inside a bedroom of suite No. 3080, and their 40-year-old mother, Octavia Carter, arrested on a murder charge.

Carter’s two-page arrest report did not detail the events leading up to the stabbing, but according to the report, the oldest child told police that “his parents had been fighting for months.”

When paramedics arrived at the Budget Suites, they found Carter “covered in blood” and her husband unresponsive on the floor next to the bed.

The Clark County coroner’s office had not publicly released the victim’s name or cause and manner of death as of Monday morning, but according to the report, Franklin had been stabbed multiple times in the chest and suffered a laceration across his neck.

“I killed him,” Carter told paramedics, according to the report. “I am the devil. God made me this way.”

Carter, who suffered a deep cut on her right hand, was taken to University Medical Center before she was booked into the county jail. On the way to the hospital, paramedics told police, “Carter would go into a trance like state, rocking back forth.”

“Carter would come out of the state periodically to ask about the welfare of her children, then begin to cry or go back to rocking back and forth,” the report states.

During a search of the family’s hotel room, Metropolitan Police Department homicide investigators found a large “chef style” knife and a medium-sized kitchen knife, both with blood on them.