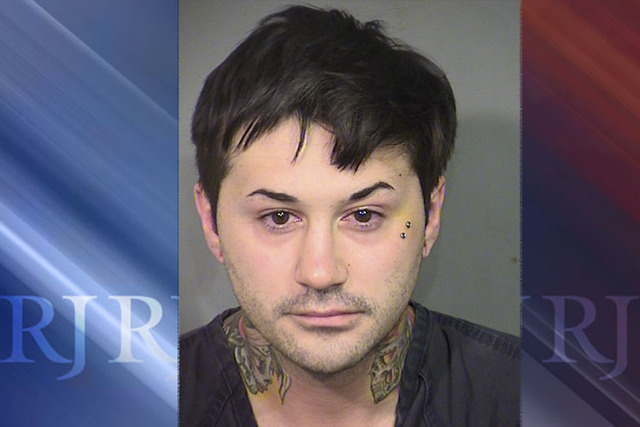 A Las Vegas man has been arrested in the attempted murder of his girlfriend Sunday morning in the central valley.

Christopher Vega, 25, was arrested Sunday and booked into the Clark County Detention Center after Las Vegas police responded to a report of domestic abuse from the victim’s mother.

According to his arrest report, the suspect’s girlfriend was trying to leave him when he began to beat and choke her. She told police that she had wanted to leave because she found evidence that Vega was having an affair with their roommate.

She was brought to University Medical Center by her parents with injuries covering nearly all of her upper body, the report indicates. Hospital staff, after observing the severity of her injuries, transferred her to the trauma unit.

The victim told police that she had briefly lost consciousness several times during the assault and believed death was imminent.

According to the arrest report, the roommate was in the house but told police she had not heard the assault.

Vega also was booked on charges of first-degree kidnapping, robbery and possession of heroin. Records show that he was convicted earlier this year of battery involving domestic violence.

Anyone who needs help leaving a domestic abuse situation may call the National Domestic Violence Hotline at 1-800-799-7233.