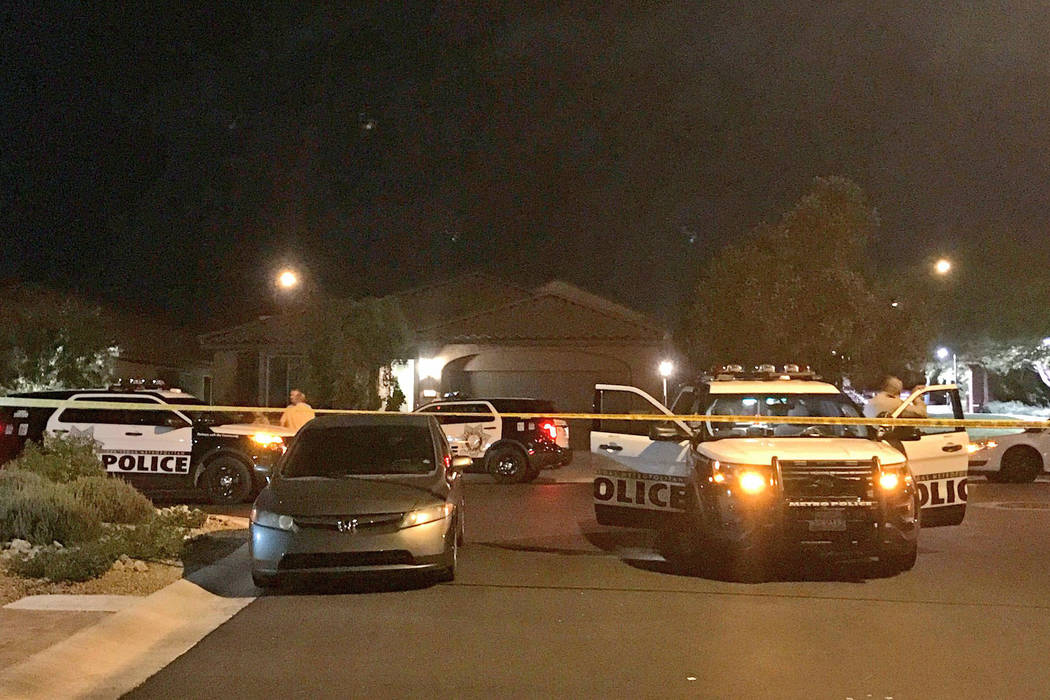 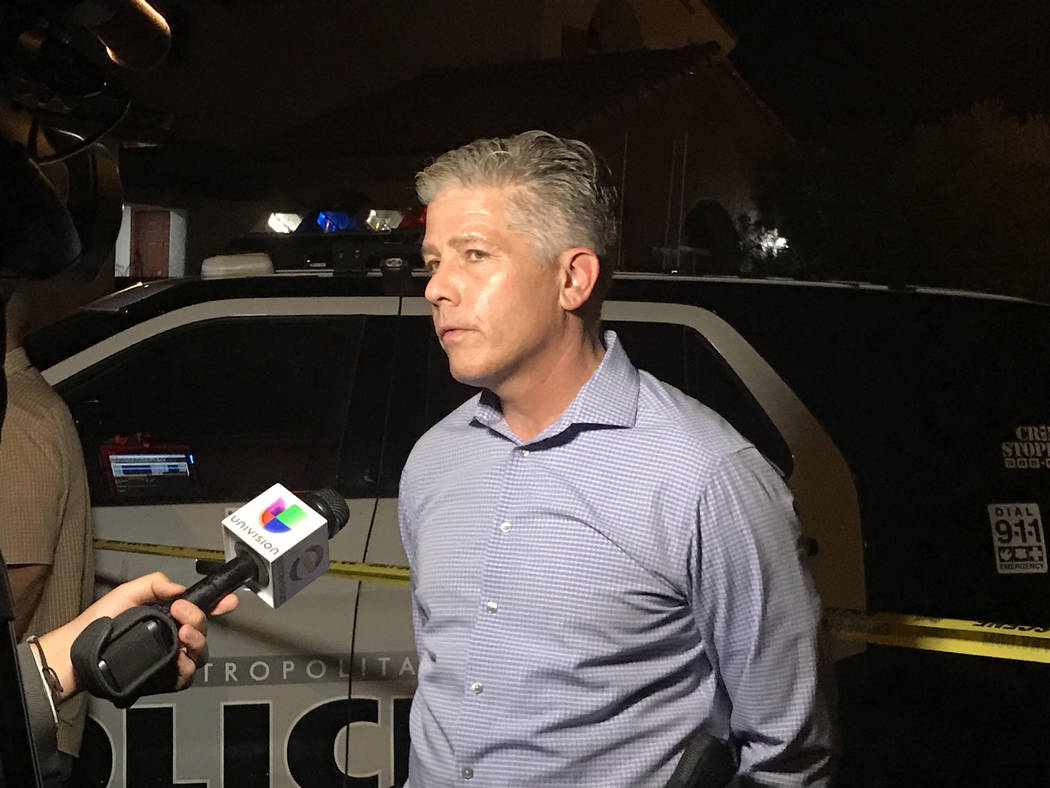 Las Vegas police are investigating after a man, woman and infant were found shot dead late Monday in what detectives said was an apparent murder-suicide.

The incident happened at a home on the 10300 block of Numaga Road, near South Rainbow Road and West Cactus Avenue, Metropolitan Police Department homicide Lt. Dan McGrath said. The man shot the woman and their young boy, who was supposed to turn 1 in the next few days.

“He is clearly the suspect,” McGrath said of the man, standing near the scene late Monday. “We don’t know why he did this.”

McGrath said the family had been dead for more than a day. Relatives called police about 7:40 p.m. Monday requesting a welfare check, then entered the home on their own about 8 p.m. and found the bodies. Officers arrived minutes later.

A pet dog was also found shot dead inside the home.

“On behalf of all the officers here and everybody at Las Vegas Metro, we want to extend our condolences to the family of this young lady and the infant that are deceased,” McGrath said. “It’s really, really tragic.”

He added that counselors were at the scene assisting the woman’s relatives and the officers who responded.

Police records indicated there were no previous reports of domestic violence at the home. McGrath said police were called recently about a custody issue, but the call did not involve physical violence.

The woman had another child from a previous relationship, but McGrath said Monday that the child is unharmed, in the care of relatives, and was not home when the shootings occurred.

The father who fired was a legal gun owner, McGrath said. He was about 40 years old; the woman was in her 30s.

The county coroner’s office will name the family once all immediate relatives have been notified. Metro’s homicide unit continues to investigate.