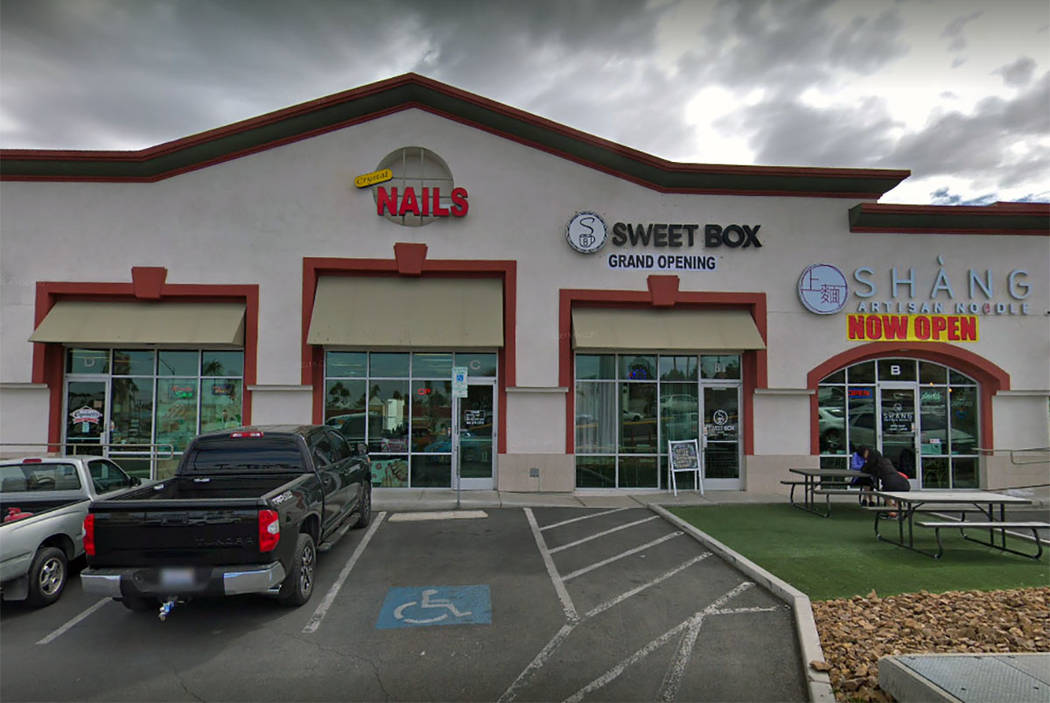 A woman was killed outside of a nail salon Saturday afternoon after a customer driving a rental car allegedly ran her over while trying to leave the salon without paying, Las Vegas police said.

Officers were called at about 4:30 p.m. to a nail salon at the corner of Flamingo Road and Decatur Boulevard, Metropolitan Police Department homicide Lt. Ray Spencer said during a media briefing Saturday night. A woman in her mid 20s is suspected of driving a vehicle over another woman after her credit card was declined at the salon, police said.

After the woman’s card was declined, she “went to her car to get money, is what she said, and then she attempted to leave,” Spencer said.

The woman’s manicurist and her husband, who also works at the nail salon, told police they tried to stop the woman from leaving.

The manicurists stood in front of the woman’s car, but the suspect “drove over her and dragged her about 50 feet,” Spencer said. The woman was taken to University Medical Center, where she died.

The Clark County coroner’s office will identify the woman.

Officers found the suspect’s vehicle, which was a rental car, at a nearby apartment complex. Police had not found the woman Saturday night.