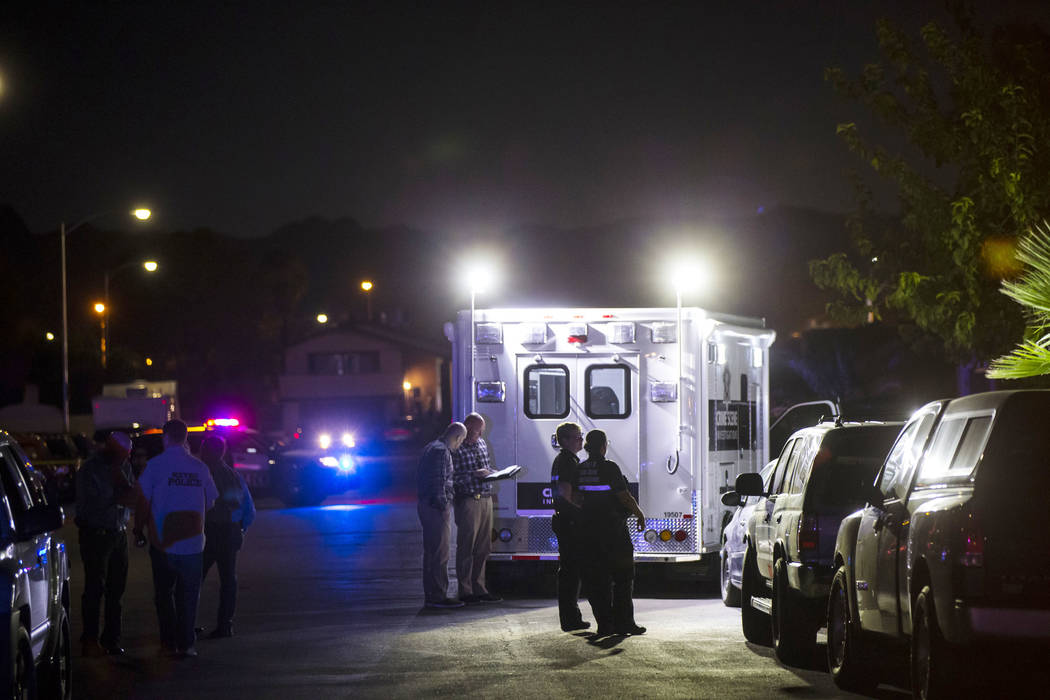 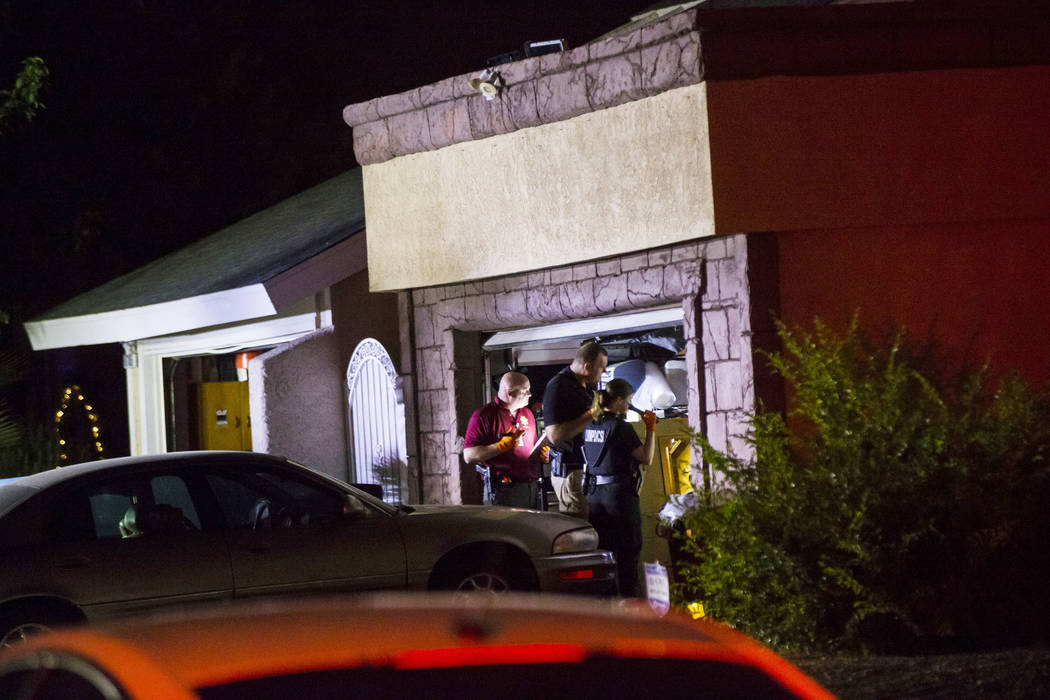 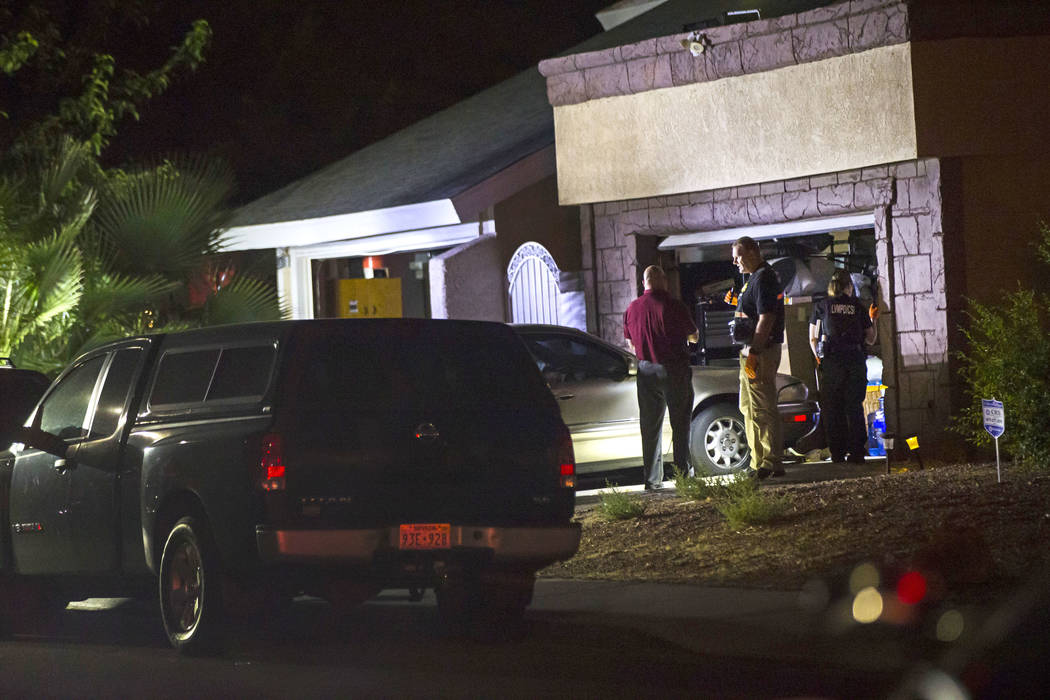 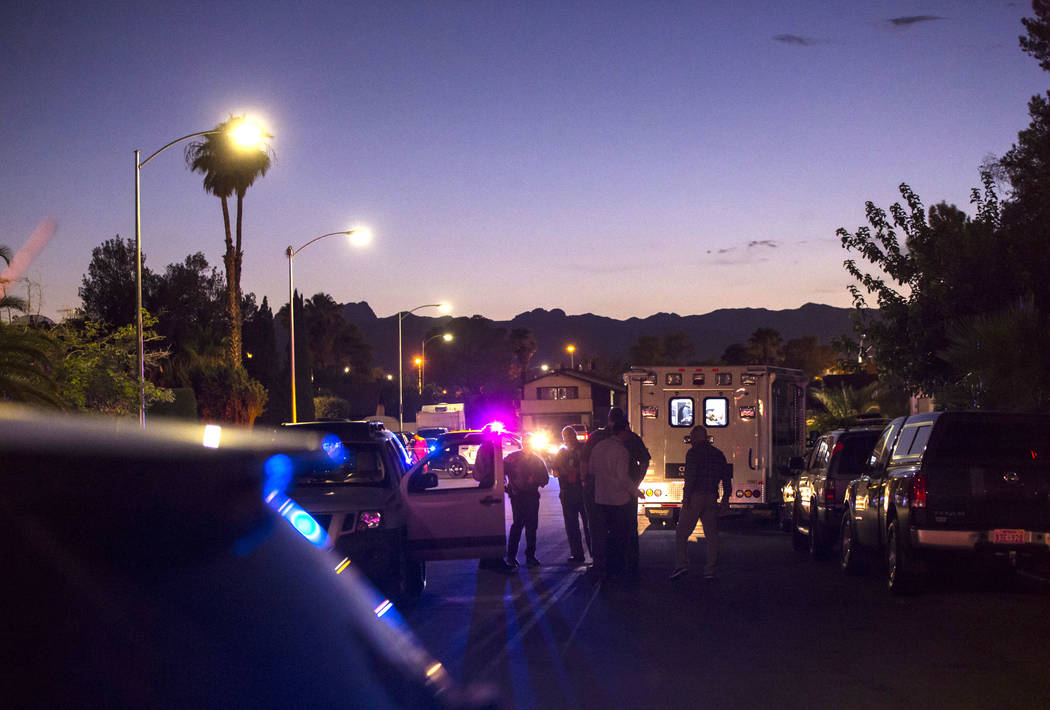 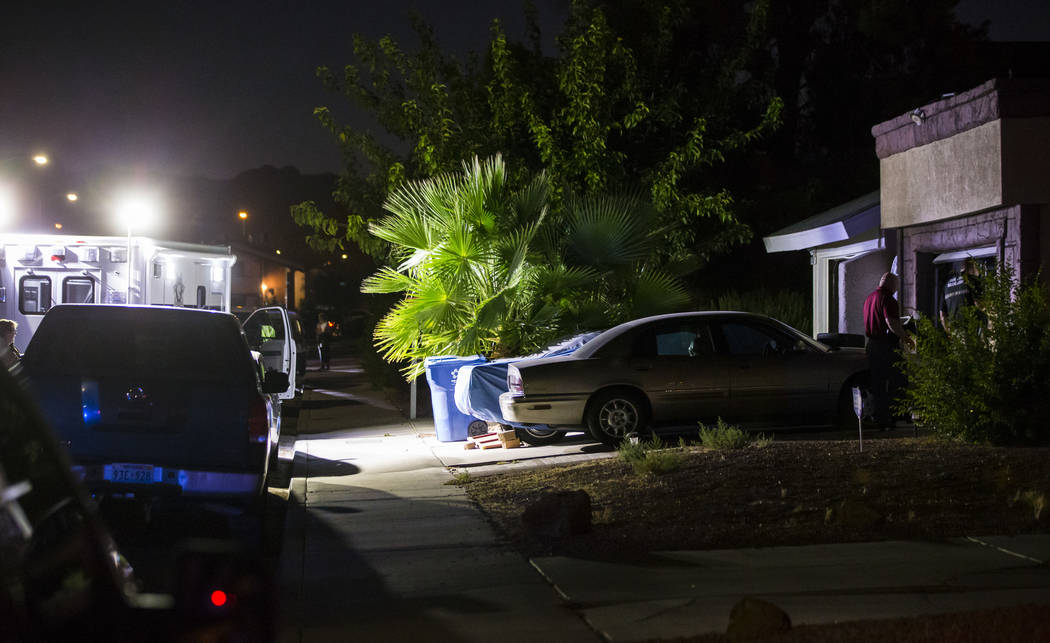 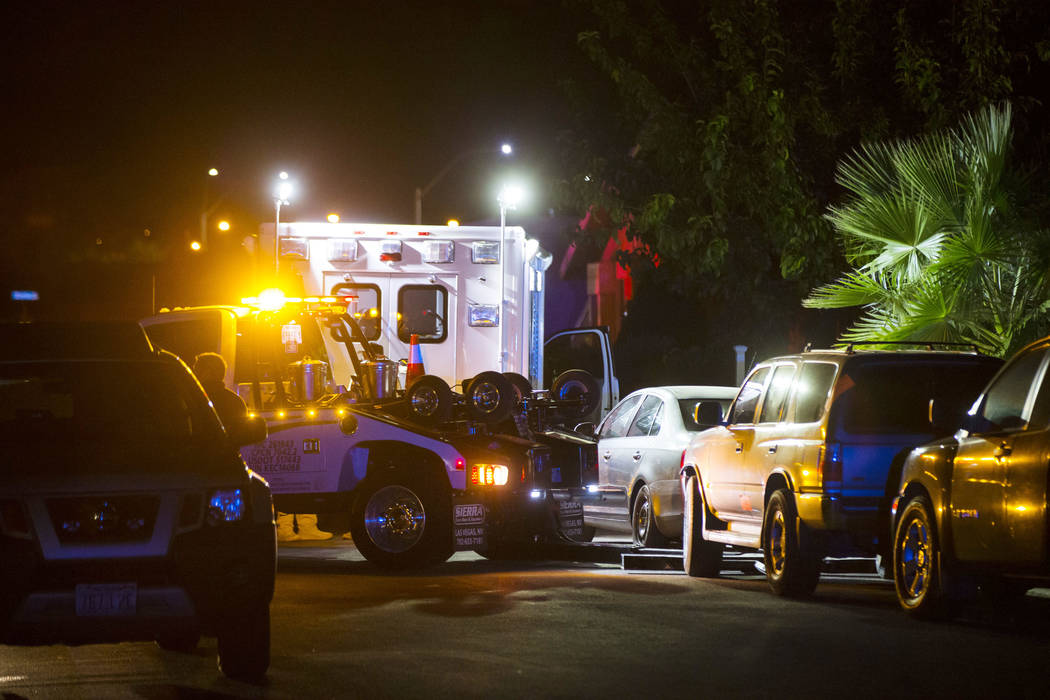 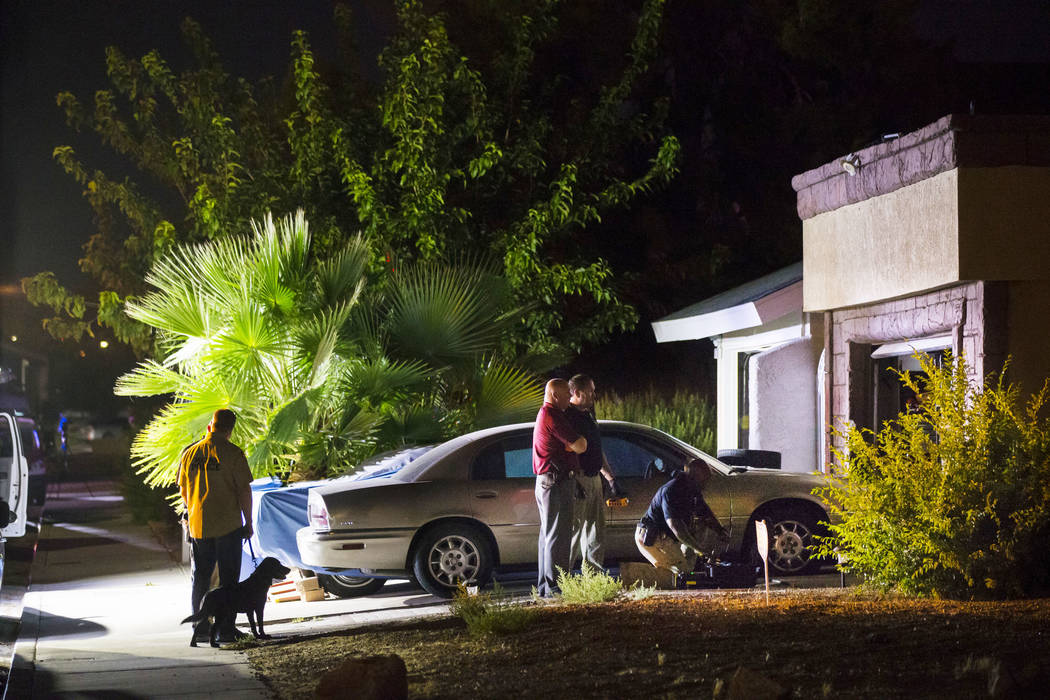 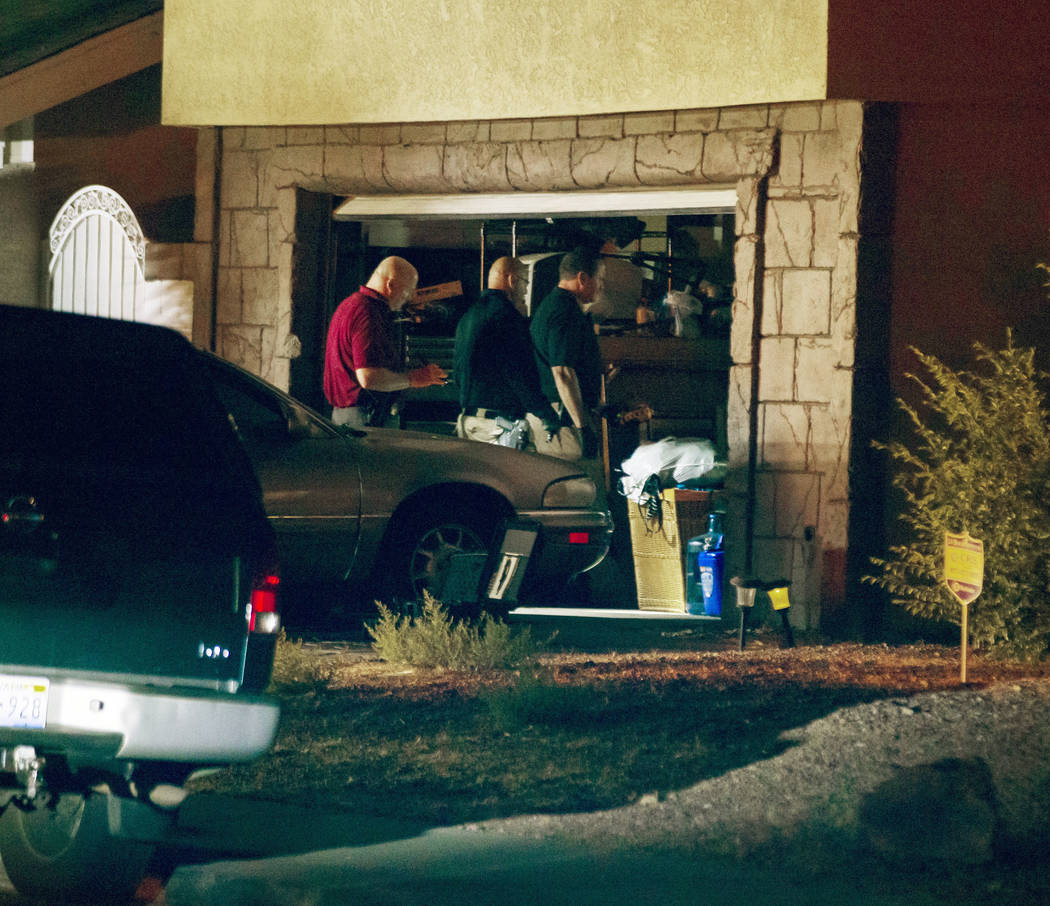 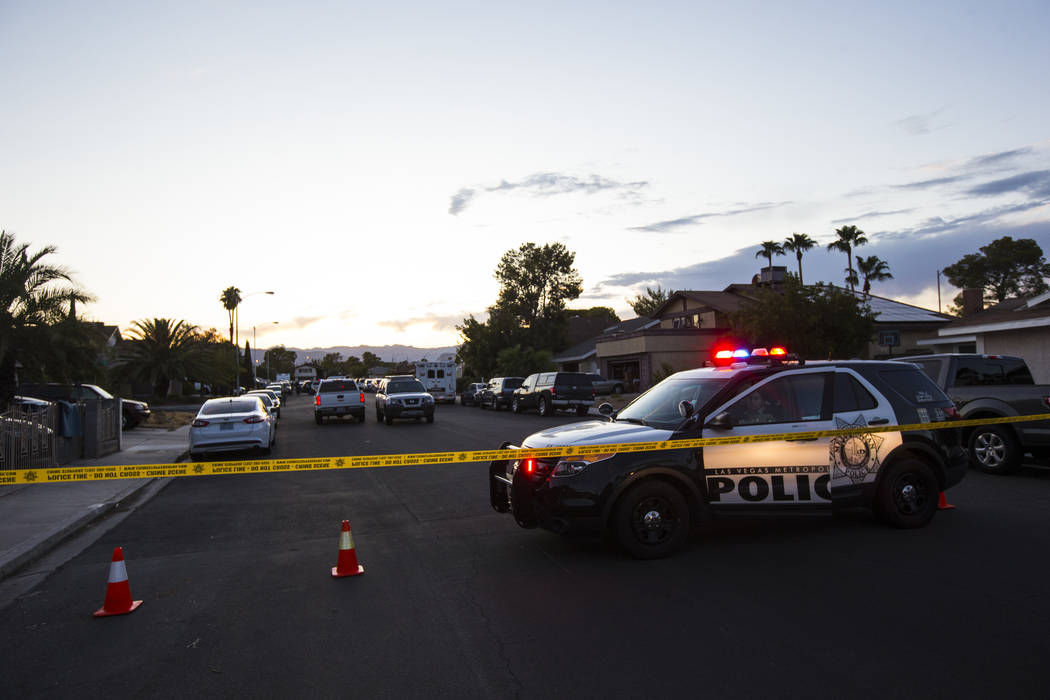 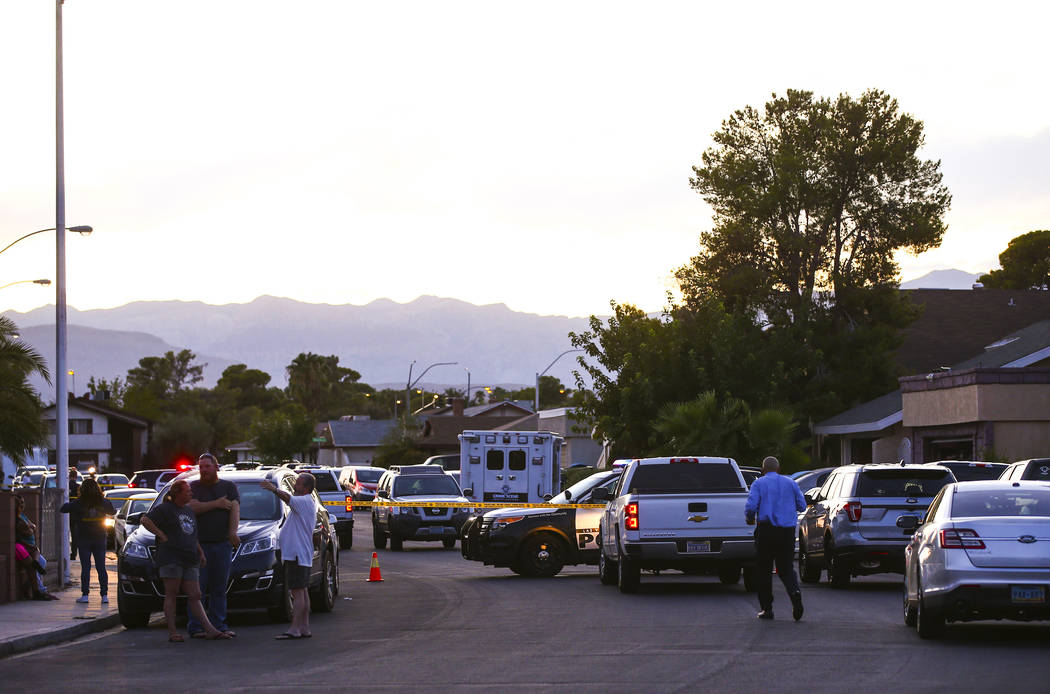 Police found the drum while executing a search warrant at the home, in the 5700 block of Garden Grove Avenue. A Clark County coroner’s office truck and trailer arrived about 9:55 p.m. to retrieve the drum, which was loaded onto the trailer about 20 minutes later.

Homicide Lt. Ray Spencer, speaking at a briefing outside the home near Rainbow Boulevard and Flamingo Road, said police received a report about 9 a.m. of a woman who had been missing since Thursday night or Friday morning.

They interviewed and arrested a person who lives at the home.

Police used X-ray equipment that offered “small glimpses” of the drum’s contents, Spencer said, adding that the container would be opened at the coroner’s office.

Neighbor Jeremy Hastas said he never sees anyone at the home.

Curious neighbors lined the street at 6:30 p.m., when Spencer delivered his first briefing to the news media. By 9 p.m., onlookers had dispersed, four or five law enforcement vehicles remained, and the home and those surrounding it remained blocked off by police tape.