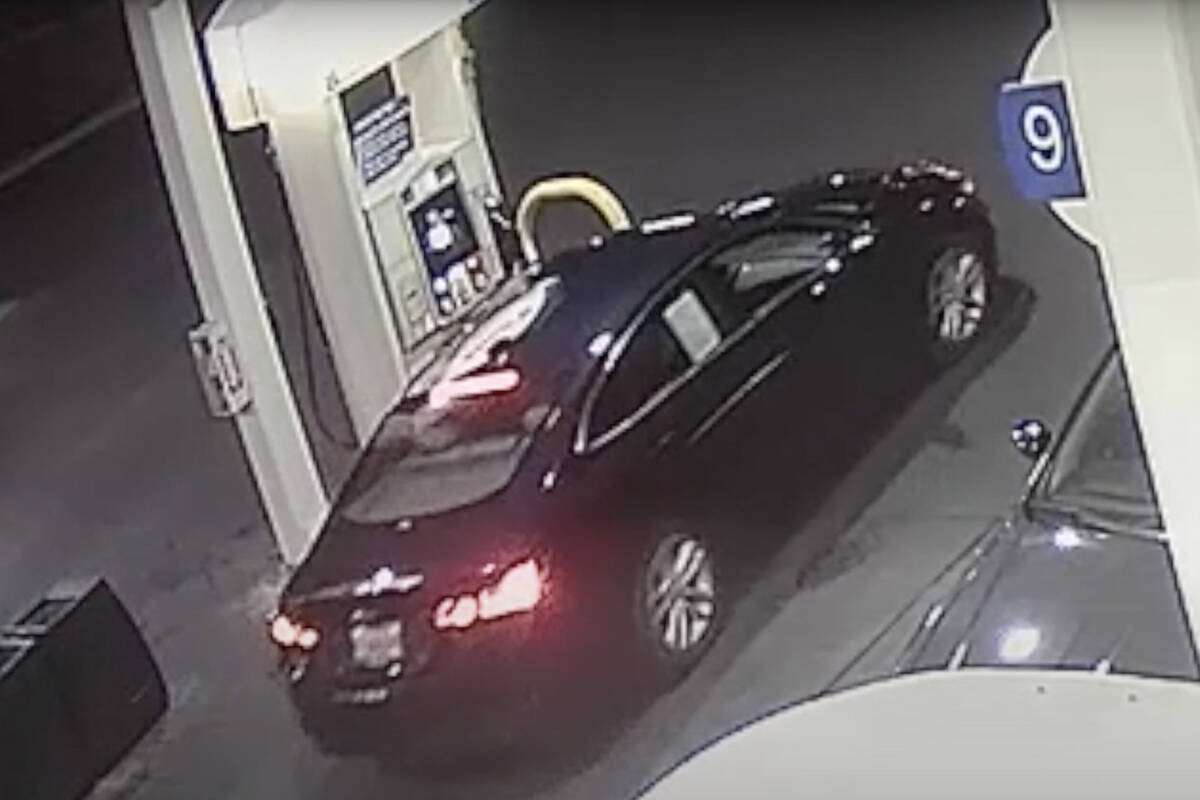 Las Vegas police released a new video Thursday of a car that may be connected to an October 2021 homicide.

Police are asking for the public’s help in finding a dark-colored Chevrolet Malibu with a sticker in the rear passenger window. Police labeled the car a vehicle of interest in the case of a 2021 shooting on the 215 Beltway near the airport connector. It was seen at a gas station on West Sahara Avenue about 20 minutes before the deadly shooting.

Police responded to a reported shooting in the area of the 215 Beltway at around 2:20 a.m. on Oct. 18, 2021, and found two victims in a crashed car. Both victims had gunshot wounds. Police said the driver, 27-year-old Glen Card, was pronounced dead at the scene, and the passenger was taken to University Medical Center, where she was in critical but stable condition at the time.

The shooting was initially thought to stem from road rage, but police later determined that it may also have been gang-related.